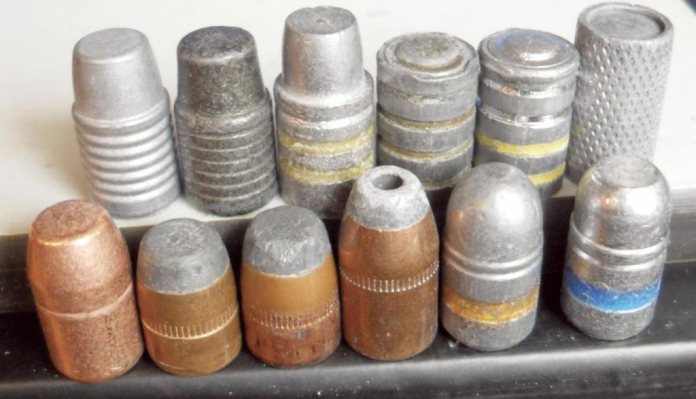 When it comes to reloading, the component that has the greatest number of options to choose from must be the bullet. For any given common calibre, there are a few brands of primers, and several brands and types of powder, however, when it comes to bullets, there are generally dozens to pick from. They vary in weight, shape, materials and, to a smaller extent, diameter for any given calibre. For anyone new to reloading, this can cause some confusion, and with bullet choice being critical to both accuracy and safety, it is important to get the choice right first time. Once you become more experienced in reloading, you can go on to experiment with different bullet weights and types, to see how they affect accuracy. However, when you first start to reload, you are best choosing a single bullet and sticking with it, at least until you have ironed out all the other variables!

When it comes to buying your bullets, the first consideration should be what you are going to use them for. For target shooting, in ‘pistol calibres’, lead bullets are fine, while for high velocity rifle calibres, jacketed bullets are the way to go; at these higher velocities, lead bullets will strip in the rifling and ‘lead the bore’, while the bullets with copper jackets are that much tougher and can withstand the higher pressures associated with such velocities. Jacketed bullets are also far more expensive than plain lead, so there is little point in using them for target shooting if lead would work fine. There are also numerous types of hunting bullets available, which are even more expensive, with polymer tips and specialist jackets that are designed to enhance expansion and stopping power on live targets; fantastic for hunting but wasted on punching holes in paper targets. So, whatever type of shooting you are reloading for, consider your bullet choice carefully.

Reloading data for any given powder will normally list loads in order of bullet weight, with the lighter bullets first, and you will see that as the bullets get heavier, the powder charges get smaller, velocities generally get slower, but pressures stay around the same level. This last characteristic being down to the fact that getting bigger, heavier bullets moving up the barrel puts up more resistance, and so causes higher pressure for the amount of powder, than a lighter bullet does. Because the lighter bullet starts moving easier, it requires more powder to get it up to speed quicker before it exits the barrel in much less time than the heavy one. If you use more than one weight of bullet in the same design, be sure to keep them in their original boxes, to avoid getting them mixed up, putting a heavier bullet on top of the powder charge for a lighter bullet will cause dangerous pressures. Bullet weight can have a huge impact on accuracy and it should be matched to the particular gun to get the best results, but more on that next month.

In terms of bullet shape, we mean the ‘type’ of bullet; for example, round nosed, jacketed, semi-wadcutter etc. In most calibres, the choice of bullet shape is considerable, but in the less common, or specialised calibres, there are less to chose from. The different bullet shapes suit different applications, such as hunting, target shooting etc. and then fall into further sub-groups for particular types of firearms. If you are using a gun with a tubular magazine, such as an underlever carbine, the types of bullets that can be used safely need to be flat - nosed, such as semi-wadcutters, round-nosed-flat-point etc. The thing they have in common is that they do not have a sharp point, which could strike the primer of the round in front of it in the magazine when the gun is fired and recoiling. If this were to happen, at least one of the rounds in the magazine will explode, causing damage to the gun and shooter. With bolt action or semi-automatic guns, flat-nosed bullets will often be more difficult to chamber than round nosed or pointed designs, which move up the ramp into the chamber much more smoothly.

The simplest bullets are those sold as ‘lead’ or ‘cast’ which, with the exception of bullets intended for use in black powder guns, are actually a lead-alloy, which is considerably harder than 100% lead. The reason for the use of harder alloys, is that they can withstand the pressures they are subjected to on firing much better and so do not leave heavy lead deposits in the rifling. How hard the alloy is varies from brand to brand, and a degree of experimentation is required to see what degree of hardness works best in a particular gun. The bullets need to be soft enough to shape themselves to the rifling in the barrel but hard enough to withstand the pressures and temperatures that they will be subject to. Hornady’s excellent lead wadcutters are relatively soft and perform very well in a long-barrelled revolver at low velocity, but with too much powder behind them they will leave a lot of lead in the rifling and accuracy drops away considerably.

Jacketed bullets, as the name suggests, carry a full or partial jacket of copper, or other harder metals, over the lead core and, as stated previously, the harder coating allows the bullets to withstand higher pressures than the lead alloy ones, so that they can be fired at higher velocities.

Bullets that have a jacket made of material harder than copper, for example steel, are known to accelerate barrel wear and should be avoided wherever possible. They offer no advantage in normal civilian shooting applications and grinding steel on steel at high velocity in an expensive rifle barrel is not something that you will find recommended here.

It is very important to ensure that the diameter of the bullets you buy is correct for the gun you reload for. This may seem pretty obvious but considered this: a .38 calibre rifle uses .357- or a .358-inch diameter bullets, a 44 magnum actually uses a .429-inch diameter bullet. This variance between the stated calibre of a gun, and the diameter of the bullets it uses, occurs across the full range of calibres, so care is needed when purchasing bullets. In examples like the .38 calibre, where more than one bullet diameter is available, it is worth trying both, just to see which suits your gun best. Reloading data will generally state the bullet diameter used clearly but do not be afraid to ask the retailer to make sure you are getting the correct bullets for your gun.

Despite the above variables, if you stick to the combinations of powders and bullets listed in the reloading data and talk through what you are buying with the retailer, you can be sure to get the right bullets to suit your gun. Next month, I will look at some of the more technical aspects of bullet selection.