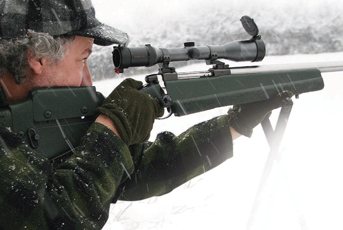 How much power do we really need for deer, especially at the ranges most woodland species are shot? Designing something that offers moderate recoil and therefore increased control and is easy to moderate and effective at the target without excessive carcass damage is a serious thought.

Many cartridges fall into this category but one that instantly springs to mind is the Bench Rest case or BR originally designed by Jim Stekl of Remington Arms in the mid 1970`s.

The mid size BR or ½ size .308 case is coming into its own, not from its original 7mm calibre configuration although good but from its many forms of wildcatted sizes starting from .17 all the way up to .35”.

Not only will this case size produce enough energy to be deer legal with bullets ranging from 160 to 250-grains but you also have the opportunity to load bullets from 250 to 300-grains at subsonic levels for some real fun. I am a bit sad when it comes to subs and this .338 BR is seriously good to shoot.