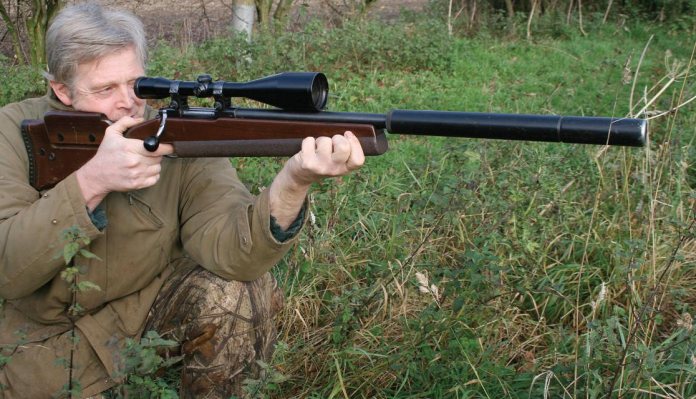 How often has the phrase, ‘less is more’ been used? I am a great believer that enough is just right, as in ballistic terms it often means more efficiency, less recoil and therefore accuracy potential. The 6mm BR (Bench Rest) cartridge is one such candidate for this title.

Therefore, for the shooter who demands bench rest accuracy with the flexibility to handle a variety of bullets and perform down range where it matters, the BR does it with ease. When you really analysis your shooting and the ranges you shoot at, do you really need a full size round like the .243 to get the job done, when the smaller, more efficient, less noisy and accurate BR will suffice?

So, what exactly is a 6mm BR, it was Remington’s initial shot at dethroning the illustrious 6PPC round from the Bench Rest world. It was designed by Jim Stekl of Remington and first introduced in the famed 40XB rifle in 1979 after the .22BR in 1978.

Similar in dimensions to the PPC case but being initially formed from .308 Win brass with thinner walls and using a small rifle primer, it was called the .308 UBRC (Universal Benchrest Case). The fact that the standard 0.473” rim meant that rifles chambered for .22-250, .243 or .308 could easily be re-barrelled! Whereas the PPC had an awkward 0.445” size, that necessitated a bolt modification.

However, forming 6mm BR brass was time consuming, as no fewer than six steps were needed in the forming stages, along with a neck reaming inside and neck turning outside. It was made a little easier when commercial 7mm brass was made available but old bench rest guns used old internal dimensions of 1.520” as a maximum case length, whereas the standard factory case today uses a maximum length of 1.560” with a trim length of 1.550”. This inability for Remington to give the shooter what they wanted first off certainly helped or shall we say hindered the BR’s rise to stardom and when it mattered it was really to late, as the PPC had taken off big time and there was no going back!

However, to the discerning shooter who can appreciate a good thing when they see it, the BR is a better hunting choice! When compared side by side, the BR case has 10% more capacity that allows it to achieve better velocities than the PPC. More importantly it can use that extra oomph to shoot heavier bullets that much better, which is an advantage if you want a 100-grain deer round.

One important point to realise is that although the case may be 1.560” long compared to a .243 at 2.045” the size differences is not reflected in the performance. Those short stubby little cases with small primer flash holes are super efficient and that is why once you have shot a BR or PPC for that matter you will not go back to a .243 again!

Being primarily interested in sporting use, I was keen to see the potential of the 6mm BR in the field and as such can really be split into two categories. Light fast bullets for foxes and slow heavier ones for deer and as such would need the necessity for two different barrel twist rates to optimise performance. A twist rate of 1 in 12” can be used for shooting the 55 to 70-grainprojectiles at optimum, whilst the heavier 80-grain + and especially the 100 and 107-grain VLD (very low drag) bullets need a faster 1 in 8” twist to stabilise them, equally 115-grainer are better off with 1 in 7”!

Load Up Comparison With .243 win

Whilst there are people out there who want the maximum power, the BR case does everything the 243 can and better and do you really think a deer will notice a 100-200 fps advantage? I would swap less felt recoil, efficiency, less barrel wear, minimal noise to name but a few for the sake of out and out power any day!

With the advent of quality brass from Lapua and Norma, the task of re-barrelling your 308 bolt head sized rifle to 6mm BR has become even easier. I have shot rifles chambered in 6mm BR, with 1 in 12 for foxes and 1 in 8 twists for long range work.

I like fast light bullets for foxes, where meat damage is not an issue and maximum hydrostatic shock is. Whereas for deer I have always favoured the slower heavier bullet types for their kinetic advantage on target and less meat damage potential. This does not always work out that way but life is never black or white, is it?

Using these lighter bullets you can elevate your BR’s velocities into the 3700 fps range. Careful reloading using 55-grain V-MAXs with 33-grains of Hodgdon H322 will yield approx 3600 fps. Whilst a 32-grains of Vit N 133 will launch the same bullet at over 3650 fps. These very explosive, thin walled projectiles, travelling at those speeds mean flat trajectories and predictable on-target performance. If you have to compromise a bit more wind drift, as opposed to a heavy bullet weight, so be it!

With a 100yd zero you have less than an inch drop at 200 and at 300 you are only down minus 6”, that’s flat enough for most of the foxes I know of. However, further out and still flatter shooting than many heavier bullets, the wind drift @ 10 mph/3 o’clock is 30” as opposed to a 100-grainer at only 16”; in some cases heavier is better! However, at the ranges most foxes are shot, this should not affect your decision, as the flatter trajectory and rapid expansion of the lighter bullet are a bigger advantage.

The 100-grainer bullets were next; I tried Sierra’s Game Kings for deer and their Match Kings for long-range work. A good starting load for the Game King would be 30-grains of IMR 4320, giving approx 2773 fps. A top end maximum charge of 31.5-grains ups that to 2900 fps. This is deer legal at 1867ft/lbs energy that in the field is more than enough for clean, humane kills without too much meat damage.

Some may well want to use the 6mm BR as a long-range gun, where there are no deer legal energy requirements. As such, a 1 in 8 twist really comes into its own for launching specialist VLD bullets out at moderate velocities, yet with unerring accuracy. Typically, Hornady A-MAX 105-grain and Sierra Match King 107-grains, which look like extruded needles, are fantastic at long range. Berger’s 115-grain VLD Target and Hunting bullets are also excellent but really need 1 in 7” twist to stabilise properly.

A re-barrelled Tikka M55 rifle by Callum Ferguson with a 24”, Shilen Match Grade barrel, 1 in 8”, when loaded with 30-grains of Alliant RL15 and a Sierras 107-Grain Match Kings launch at 2791fps/1851ft/ lbs. Because of its high ballistic coefficient (BC) 0.510 G1 value or 0.262 G7 value their down range retained energy and lack of wind deflection is excellent compared to a similar weight conventional shape soft nose bullet at 0.381 BC. Berger 115-grain bullets have a superb G7 value of 0.545 and 0.279 G1 value, so offer excellent down range performance. A load of 29-grains of Vit N150 produce 2569 fps/1685 ft/lbs and nails long distance crows with ease!

One other thing that comes to light when using a re-barrelled gun, is that those short stubby rounds, as with the PPC, do not like feeding through a magazine, especially a hinged floor plate design. Fortunately, the Tikka has a single feed magazine that feeds the BR round a treat.

I like the BR cartridge, in real terms they just shoot very accurately, are easy on the ear and shoulder and in the real world of hunting more than enough energy to dispatch, fox or deer humanely. Rebarrelling an old 308 rifle is not too expensive and it can transform its performance. Take care when choosing a reamer though, as the Norma and Remington specifications are different. The Norma has a longer throat than the Remington and there are capacity issues too. Go for a reamer that is optimised for the Lapua brass and all will be well.