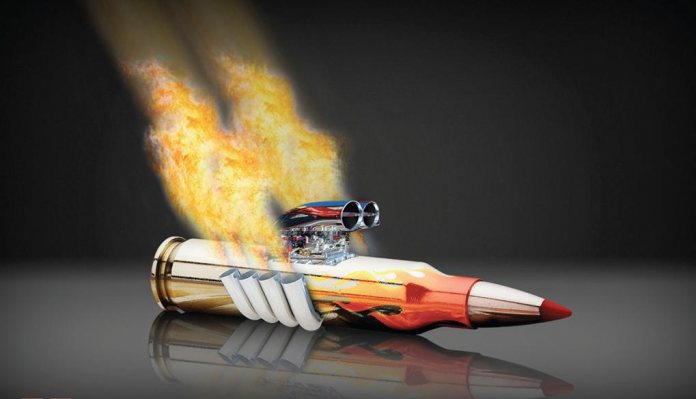 Experimentations in ballistics and addressing shooter’s needs has resulted in an explosion of new calibres over the last 10-15 years. One that stands out is undoubtedly Hornady’s 6.5 Creedmoor; originally designed as a cross-course match cartridge, it has blossomed into a very popular hunting round too. I’d stick my neck out and say that it’s now the top choice in its class, such as the 6.5x55, 260 Rem and 6.5x47 Lapua.

Hornady offers a wide range of bullet-types and weight options in Creedmoor factory fodder, ten in fact, ranging from the 120-grain GMX (non-lead) up to the long-range 143-grain ELD-X, Precision Hunter a high BC projectile. As a Creedmoor user, for hunting I favour something around 130-grains, which strikes a good balance between speed, energy and performance and one of their great bullets is the 129-grain SST (Super Shock Tip). Admittedly, not new, but it works and as the name implies, is designed to deliver tremendous shock on impact while expanding quickly, reliably and creating a large wound channel. Its ballistic coefficient is high at 0.485 (G1).

Higher velocities are the key words, as Hornady has breathed new life into many of its earlier loadings with the introduction of their Superformance range of ammunition, which doubtless gets its inspiration from their earlier Light and Heavy Magnum offerings. The idea was to increase velocity using specially formulated propellants that could up the speed by 100-200 fps with no increase in chamber pressure, felt recoil, temperature sensitivity or muzzle blast.

Testing was done with a Bergara B14 BMP chassis rifle with a 24” heavy barrel (1-8” twist), shot off a bipod and bench at 100 yards it was averaging .75”. Hornady quotes a muzzle velocity of 2950 fps and an energy of 2504 ft/lbs; I was getting an average of 3010 fps/2600 ft/lbs with an extreme velocity spread of a high 75 fps . I expect these figures to drop a little through a 22” tube, which seems to be a popular length for modern hunting rifles. But what impressed me was the fact that even at 300 yards the load is still hovering around the 1700 ft/lb mark, which compared to numbers like the 243 Winchester is extremely good. Although 500 yards is a long way to shoot deer, drop figures out to a more realistic 300 are worth noting.