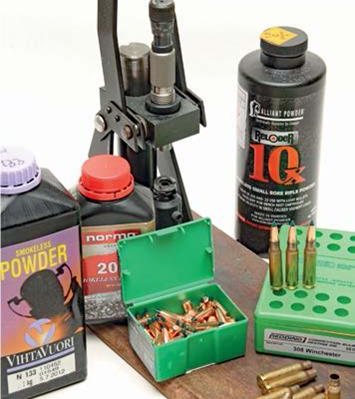 With all this talk and movement towards lead-free projectiles, we would be forgiven for thinking that conventional lead cored bullets are dead, but they are not. Thankfully, plenty of good traditional lead cored and copper jacketed bullets are still being tweaked for better performance. One noticeable type is the old Sierra GameKing, which has undergone a transformation from a soft-nosed spitzer-type bullet into a sleeker and more aerodynamic version called the Tipped Gameking (TGK) or ‘GameChanger’. As its name suggests, the older GameKing has been given a makeover with a new polymer tip or meplat section, which not only increases the Ballistic Coefficient (BC) but also aids in better expansion down range.

I also chose some mid-weight 150-grain bullets for my 7mm AK Imp rifle and again, I could have chosen 140 or 165-grain versions from the Sierra range. I also liked the look of the 64-grain .22 cal TGK for Scottish Roe, Muntjac and CWD, but sadly none were available.

The GameChanger hunting bullet combines Sierra’s well-respected match accuracy with controlled expansion and predictable terminal ballistics. I love GameKings and use them a lot in my own reloads as they do offer excellent accuracy and expansion is not too explosive.

Sierra re-engineered their MatchKing bullet to have a hollow point design for expansion and also fitted a transparent green tip for ballistic superiority.

Internally, you have a special lead-alloy surrounded by a tough copper jacket that’s made from a special gilding-metal copper alloy (95% copper and 5% zinc). This achieves excellent penetration and more controlled expansion at a greater variety of ranges. Add to this the use of special tooling made in house that assures evenly drawn jackets for ultimate precision and thickness in a multi-step draw process with a tolerance of +/- 0.002”. The ogive section of the bullet is tuned too, which is why Sierra bullets fly true and are consistent. They can be depended on to work in a greater number of barrel types and rifling profiles than some other bullet makes.

The 125-grain version shows a flat base, whilst the other weights feature a boat tail. I don’t mind this as most of my deer are well under 300 yards, thus negating the benefits of the higher BC achieved by the boat tail bullets. The BC is .318 at a velocity of 2700 FPS and above. It then reduces to .298 between 1400 and 2700 FPS, then .287 at 1400 FPS and below. Sectional density is quite low, which is as expected being a light bullet for its calibre, so 0.188 is perfectly fine for deer work.

Down range comparison and conclusion

If you look at the 125-grain TGK compared to the standard 125-grain soft point, the BC of the latter is 0.274 compared to the healthy 0.318 of the TGK version. The Tipped Match King (TMK) has a higher BC of 0.343 but the TGK is designed to expand and is thus deer legal.