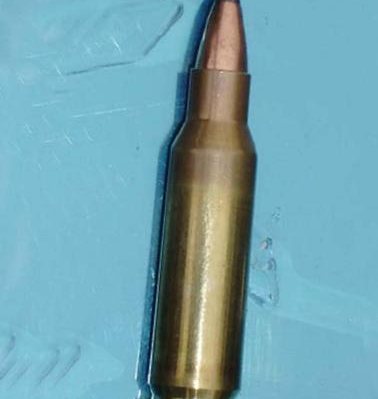 A ‘factory’ wildcat cartridge built for a custom, bolt-action pistol that became better known than the platform for which it was designed. The .221 Fireball was introduced by Remington Custom in 1963 for use in an experimental pistol named the XP-100. (X for experimental, P for pistol and this, the 100th prototype.) The pistol was based upon the Remington 40X short rifle action, itself a child of their Custom shop. A development of the 40x was to become the better-known Model 600, launched a year later. The pistol was intended for use in the burgeoning sport of pistol Benchrest, as well as for handgun hunting of pests and small game.

The original pistol concept was developed around an established cartridge in the Remington catalogue, the rimless .222 Remington. Tests revealed that performance in this chopped rifle was not ideal, and that the handling was rather uncomfortable!

Furthermore, it was considered that the ballistics of the stock .222 Rem cartridge did not lend themselves to use in such a short barrel – the original being just 10.75”. Enter the chopped .222 Rem cartridge, christened the .221 Remington Fireball. With the SAAMI quoted maximum pressure increased from a MAP of 46,000 lbs CUP of the host cartridge to a MAP of 52,000 lbs CUP, the performance at the muzzle was relatively undiminished but with reduced muzzle flash and more comfortable handling. The Fireball delivered an astounding 2900+ fps from a 45-grain SP bullet in the later 14.5” barrelled version, earning it the title of fastest production pistol cartridge in the World.

Examples of both the pistol and the cartridge were a common sight in ILRPSA competitions from the 60’s until the imposition of the handgun ban in 1998 (coincidentally, the year that the pistol was dropped from the Remington catalogue).

However, by the time of the ban, the cartridge had found its way into the rifle chamberings of Remington, CZ and others as well as the better-established pistol offerings from Thompson/Center Arms.

I did not change the col!

Wildcatters and commercial developers have created a wide range of spin-offs, from the .17 Mach IV which was legitimised by Remington in 2007 in the form of the .17 Remington Fireball, to the .20 VarTarg and as the basis of the .300 Whisper and Reed Knights 6x35mm PDW round.

Data and consumables are widely available, as are the necessary tools. On the bench, the COL is a vital statistic and must be considered in this pressure-sensitive cartridge, whenever different brands of bullet of the same weight are adopted. The difference in the ogive form from the Sierra 55-grain to the Hornady left me seating the Sierras some .020” too deep. No excuse, it was laziness on my part.

So, with what and where are you going to use the Fireball? The pistol ban has left us with just rifles chambered for the cartridge. As a pest controller, it has several cheaper and equally suitable competitors such as my all-time favourite, the veteran .22 Hornet and in the accuracy stakes loses out to its dad, the .222 Remington. One for the collectors methinks!

As a postscript, it is worthy of note that all XP-100 pistols and Remington Model 600 rifles were recalled in 1979 because of a safety issue. The bolt was fully locked when the safety was on, making it impossible to unload the gun. Remington made a free modification available that allowed the bolt to open while the gun was on safe, allowing it to be unloaded.