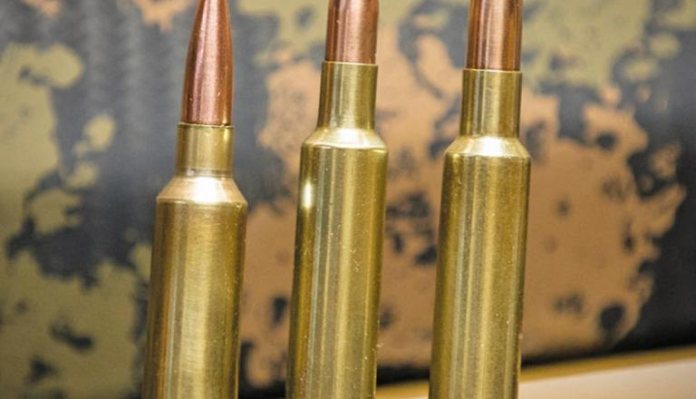 Not heard of Elmer Keith or Parker Otto (PO) Ackley? That really makes you an ammo virgin! Although these two innovative wildcat developers and designers both followed their remarkable careers around the same time, they were at the polar extremes of shooting and its associated technology. Indeed, they had very little respect for one another.

Referring to Elmer’s fetish for bigger is better, Ackley wrote: “I don’t think Elmer Keith would be caught dead hunting with anything smaller than a .300 Magnum. And he used to tell me that was about minimum for deer. For other stuff he starts up from there. Of course, if you figured things proportionately, guns for moose or bear; the gun would probably be at least 37mm,”. Common ground? They were both scribes and did share a passion for the limelight, but that’s about all. We’ve already examined a few Keith-inspired calibres so this month we give P.O. a place under the microscope. Small and fast, the faster the better, was his mantra.

Based upon the legendary .30-06 case, Remington launched their .280 Rem (confusingly renamed 7mm Express Remington for a while) in 1957. A rimless bottleneck cartridge fitted with a Large Rifle primer, it failed to set the world on fire! Wildcatter and RCBS founder Fred Huntington was the first to address the cartridge, blowing it out to reduce body taper and introducing a 35º shoulder. He called it the .280 RCBS.

P.O. then turned his attention to it, taking the Huntington improvement and changing the shoulder to his aggressive trademark 40º angle, the 280 Ackley Improved was the result. On a bullet for bullet/powder charge for charge basis the Ackley generates around an extra 100 fps. By example, 3150 fps in the Rem translating into 3240 fps for a 120 grain Soft Point in the Improved.

Ultimate respectability was endowed upon the 280 Ackley Improved in 2007, when Nosler registered the design with SAAMI and commenced commercial cartridge and bolt-action rifle production. Over time several other rifle makers have listed the calibre, including Savage, Kimber, Cooper and Christensen Arms. Owners of rifles chambered for the parent .280 Remington need not despair as their arm can be easily rechambered for the AI. The benefits then increase as the AI chambering can still fire and reform the brass from their old Rem .280 ammo! Indeed, Nosler helpfully include case forming instructions on their web site but fail to emphasise the need for total cleanliness of the chamber and brass. https://www.nosler.com/280-ackley-improved

From 2007 onwards the .280 AI marketplace has grown considerably. Whilst there are only a limited number of commercial ammo producers; Nosler and Hornady, all the necessary raw materials are easily obtained. Dies are listed by Lee, Redding, Hornady and RCBS. Data is in both the current Nosler and Hornady tomes, but not in all other manuals. Being a 7mm cartridge it’s no surprise that the consumables are commonplace.

Applications are varied as the design offers both hunting and target potential. Hornady make much of the game hunting potential when using their ELD range of pills, but the flat trajectory and well reported accuracy make this a much more versatile design. One of P.O.’s best.