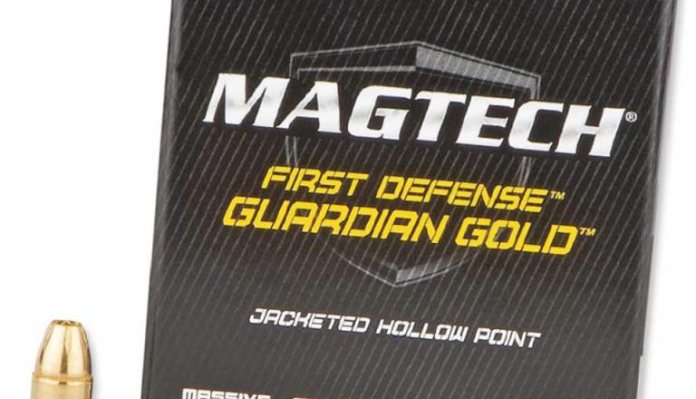 John Moses Browning was a prolific arms and ammo designer whose works spanned over half a century and continues to influence to this day. His name is associated with more than half a dozen cartridge designs, of which the .32 ACP (Automatic Colt Pistol) is one. Also known as the .32 Automatic, 7.65x17mm SR Browning or 7.65 Browning Short. Made in 1899 it was a straight-walled, semi-rimmed design intended for use in compact blow-back pistols such as the Colt 1903 Pocket Hammerless. This original design used 70 – 75-grain JRN pills and delivered sub-sonic velocities around 900 fps.

In the Americas and Europe it proved to be one of the most successful calibres of all time and this compact delivered around 50% more energy than the .22 LR. Almost every major handgun manufacturer has catalogued an arm chambered for it and new designs continue to appear. Example; the new Signal 9 Defense ‘Reliant’, a break action four barrelled pistol. Others include Colt, Beretta, Savage, FN, Llama, CZ, Remington, H&K, Harrington & Richardson, Kel-Tec, North American Arms, Seecamp, Erma, FEG, MAB, SIG, Star, Taurus and Smith & Wesson.

Not that the .32 ACP is limited to handgun use. A couple of enterprising American manufacturers produce .30 Cal (.30-06, .308) and .303 chamber inserts that facilitate the use of this cartridge in single shot mode. So, for a few quid you can double the use of your Springfield or P14 bolt-action rifle as an indoor plinker! With a wide range of ancient and noteworthy pistols on offer, this is also a good candidate for low budget Section 7 collecting.

It will come as no surprise to learn that every major die maker offers tools for this calibre. However, whilst some of my manuals contain copious data, others such as Hornady offer nothing. The necessary consumables are in almost every store. As a semi-rimmed design, it head-spaces on that vestigial rim, thereby allowing the use of a secure taper crimp on plain jacketed bullets. The nature of the design, and the arms in which it is used, make the reloading process slightly more complex than usual, especially for a straight walled design. The first issue is case damage, the extent depending upon the make and model of the pistol. The rim is easily nicked and distorted rendering it useless. Wall thicknesses vary from one maker to another, leading to neck tension issues that must be safely resolved to avoid set-back under the modest recoil. Furthermore, the limited case capacity requires vigilance when powder charging and for the sake of safety, the use of only specified charge weights for given bullet types.

Which leaves the issue of bullet diameter? Older pistols can have a bore that is closer to .308”, so beware. The simplest solution is to slug the barrel and load accordingly, starting with the minimum recommended loads for your chosen propellant. Remington offer a 71-grain .311” JRN and for tight bores that would seem to be the best choice. A number of makers also offer .312 and .313” designs in copper wash and cast lead. Whilst the weights and profiles appear suitable, they can be prone to feeding damage in many models of pistol.