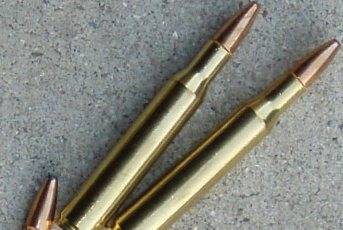 Following a two year development the 270 Win was launched by the Winchester Repeating Arms Company in 1925 in concert with a chambering in their Model 54 rifle. To be fair, the calibre was something of a slow starter. Whilst it’s abilities as a medium/big game round were immediately obvious, it was post WWII before the rest of the US gun industry took a serious look at it.

The designers were iifluenced by a number of factors, from the rapidly improving range of nitro-based propellants to the superior interior and exterior ballistic principles that resulted from the enforced military research of WWI. The original cartridge employed a .277” diameter, 130-grain soft point bullet. At 3000 fps+ it was a serious performer and still delivering an amazingly flat trajectory and around 2000 ft/sec at 500 yards. It’s versatile potential was augmented by the introduction of 100-grain HP varmint and a 150-grain SP for larger game too.

Many of the histories written about the 270 state that the development brass was based upon a resized .30-06 case. Not so, the original parent case was the short lived .30-03. Using the .30-06 leaves the neck around 0.045” (just over 1mm) too short. John Donnelly (Handloaders Manual of Cartridge Conversions) quotes the use of the .30-06 as a donor but correctly notes that it will be short.

Fortunately there is a healthy supply of both reloadable ammo and new brass in the correct calibre. Indeed, it’s hard to think of a serious manufacturer that does not include it and components. Rifle makers are all on the bandwagon as well and for good reason as the .270 Win continues to be a huge seller.

Commercial .277 bullets are available from 90 to 190-grains with the traditional 130 and 150-grain SP’s and BT’s still being the most popular. However, the handloader is not overly spoilt for choice of designs. The Nosler 130gn yellow tip Spitzer does it for me. Data for those powders readily available in the UK is not that extensive, but there are half a dozen to choose from, with IMR 4831 my preferred engine - 56.1grains gets me almost 3000 fps. As ever, I use Federal large primers. For some reason I’ve yet to find a .277 bullet with a cannelure that gives me the ideal COL. At the high end of the loading data case life is unsurprisingly modest. My Winchester brass was the worst, showing early signs of primer pocket stretch.

Primarily used as a hunting round, the full house .270 has similar, firm recoil to that of the .30-06. In a lightweight sporter it can be rather uncomfortable… I tried a friends BAR alloy receiver Browning and it positively hurt! In my humble experience, anticipating painful recoil does not make you a good marksman. I would rather lug an extra few pounds of rifle on my shoulder and then shoot it with confidence and comfort. Critics of the .270 argue that energy delivered as velocity, as opposed to bullet weight, tends to cause more tissue damage.

If you’re in the market for a single rifle to deal with everything from fox to big bambi then the 270 Winchester has to be on your short-list.