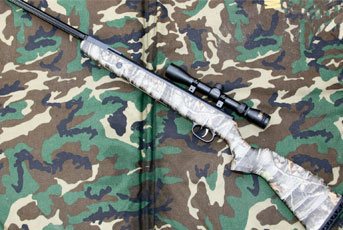 I can hardly remember the last time I reviewed an air rifle from Sportsmarketing (SMK.) If I remember correctly though it was one of their main sellers at the time – the SMK B2 Carbine.

I think they still import them – the rifle being a very cheap ‘n’ cheerful springer of Chinese origin. However, since I last reviewed a rifle marketed by them they’ve grown out of all recognition as a company, buying in the right products, offering decent rifles at sensible prices and becoming a market leader not only for budget guns but also for top quality air rifles, certainly since they’ve now taken on distribution of air rifles from the famous German manufacturer, RWS Diana. They also have a vast stock of CO2 rifles and pistols not forgetting the huge range of airgun related accessories. All are well priced in my opinion, so there’s a springer for everybody in their range.

They’re currently ‘showcasing’ their Beeman branded products including air pistols and the spring powered air rifles, most being bundled with an alternative sight for pistols while the rifles come with a scope plus two piece mounts.

The 1084 Carnivore is advertised as one of three in the Beeman family that includes the well regarded Beeman Dual (twin barrel), which is available in two versions, one with a hardwood stock or one with a black ABS stock.

The Carnivore comes complete with a Beeman 3 - 9 X 32 scope and two piece mounts as mentioned previously - and a nice scope it proved to be during testing. First impressions of the rifle is the lengthy synthetic stock but the twist here is that it’s covered with what is termed ‘Next (GI)’ camouflage – a pattern that is proclaimed to be the ‘next generation of concealment.’ It’s a photo-realistic design having a typical blend of branches, leaves and twigs. The overall hue is a quite light grey background overlaid with a mix of brown leaves and twigs. In fact it’s reminiscent of a pattern I favoured for certain terrain but sadly no longer available in the UK – that being Hardwood 20/200.

Even though this lengthy centrefire styled air rifle pushes the tape to 47” from butt to muzzle. I was surprised that after scoping up it didn’t feel unwieldy or front heavy.  The overall fullbore based appearance with the eye-catching camo covered stock really will stand out when displayed on any gunshop rack.

The synthetic camo covered stock is fully ambidextrous and quite lengthy - I guess to accommodate for the 16.5” barrel. There’s no cheekpiece, rather a low comb for head position with a very stylish pattern to the ventilated black rubber butt pad. The neck is quite slim with a shallow rake and is slab sided even at this position, which continues all the way down the chequered pistol grip.

From the mid-section the stock begins to slightly curve outwards allowing the forend to be much thicker, with two pairs of generously cut chequered panels on either side running up to the black plastic cover capped stock screws. The underside is also nicely rounded, tapering slowly upwards to the rounded tip.

Dominating the front of the rifle is the outer fluted barrel shroud, giving the Carnivore thelook of a custom barrelled centrefire. The shroud is purely cosmetic and measures 15 5/8” from muzzle to the front of the relatively long breech block. The very front of the shroud doesn’t show the barrel but instead is hollowed out extending approximately 2” back with an inner diameter of 5/8” and an O/D of ¾”. The barrel it hides is rifled steel and measures 16 1/2”.The Carnivore un-latches at the breech very easily for cocking, due to the lengthy barrel acting as a lever, and it locks securely back in the open position at the end of the stroke, allowing safe, direct barrel loading. Here you can see the quality of engineering on the breech loading face, with very neat breech seal and the sprung stainless steel ball bearing used for locking the detente in the closed position. The cocking stroke isn’t overly strenuous and a direct cocking linkage arm is used rather than an articulated type. You’d think this would make for a ‘cranky’ feel to the cocking stroke but it’s quite smooth and certainly does the job.

A manual metal safety blade sits midway within the plastic trigger guard when engaged. Disengage it with the back of your trigger finger and it travels a good way forward out of the way from the nicely curved, inner ridged, chrome effect trigger blade.

With the Beeman 3 – 9 X 32 scope sitting on top, backed up to the removable metal arrestor strap, you can now begin loosing the lead down range to set zero. Though the rifle weighs in at 10lbs un-scoped I didn’t feel it too much of a problem taking shots in the standing position, and also took kneeling shots as I fine tuned a 25-yd zero. The 2-stage adjustable trigger unit isn’t bad at all, and releases shots quite cleanly without any creep.

The Carnivore on test was in .22 calibre and as I’ve been testing the range of Power-Force pellets from Henry Krank, I used the Field Power Force Pellets that have certainly shown they’re good quality roundheads for the price. Running them in the Carnivore I was soon making sub-one-inch groups at the zero range I set. I’m also pleased to report recoil was minimal and muzzle report was surprisingly low.

Overall there’s nothing really to gripe about, as this is quite an attractive individual looking springer designed for plinking and powerful enough for hunting at medium range. It’s certainly capable of knocking over rabbits at 25-35-yds and showed 11.2ft lbs of muzzle energy over my Combro Chrono Mk 4 using .22 Cal 14gr Field Power-Force Pellets.

I’d say though the 1084 Carnivore is aimed (no pun intended) at the frugally minded, it’s a good buy for anybody, considering you also get a decent quality scope and mounts. The rifle/scope combination handles well and is certainly accurate, but due to its length I feel it’s more of an adult sized gun or teenagers of a larger build – but there are plenty of other SMK models to suit the younger shots.

I’d say though the 1084 Carnivore is aimed (no pun intended) at the frugally minded, it’s a good buy for anybody, considering you also get a decent quality scope and mounts. The rifle/scope combination handles well and is certainly accurate, but due to its length I feel it’s more of an adult sized gun or teenagers of a larger build – but there are plenty of other SMK models to suit the younger shots.