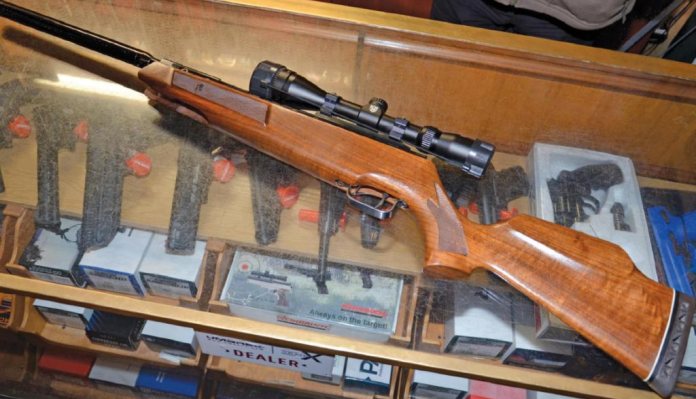 When Dave Theobald and Ben Taylor first sat at a garage forecourt, back in the late ‘70’s, and dreamed up how the concept of a motorbike suspension fork could be applied to the power-plant of an airgun, history was unwittingly in the making.

After much toying with prototypes, the gas-ram concept materialized and the Sirocco was born in 1982 - an airgun that used a gas-strut or ram in place of a mainspring. With no spring to wear out or resonate the resultant characteristics of the firing cycle were to prove ground breaking. An ultra fast lock time and a unique snap action drew many to the fold; yet to be fair; it didn’t kill off the traditional springer as we know it. What it did do however, was offer a serious alternative for an army of enthusiasts; eager to subscribe to the Theoben way.

As one of the very first customers (a rather lanky teenager if you must know) at the original Theoben works in Cambridgeshire, when Dave and Ben had just released the walnut stocked custom version of their famous Sirocco rifle; I have to declare an interest in the brand. I went on to attempt a trigger mod, which allowed the gun to spring out of my hand, and managed to split possibly the most delicious slab of English Walnut you’re ever likely to encounter. It remains the most fantastic gun stock I have ever seen on an airgun to this day. My stock was replaced of course, but oh dear!

On show here is a later example- the Sirocco 2000, complete with what the company termed their Trans-Port Diffuser silencer and it’s still rather a beauty. Serial number TB14677 (probably placing its production date between 2000 and 2002) shows on the underside of the cocking linkage and this was apparently a regular feature of these models. The HE system was patented by Theoben in 1990, and cleverly featured a small dummy inertia piston inside, which went some way to counteract the whiplash of the piston’s reverse travel, at the end of the stroke.

The quality woodwork is classic Custom Stock of Sheffield, with deep hand-cut chequering, an attractive matt oil finish and Parker Hale soft rubber butt pad. Those raised finger panels on the forend look the part too and with a right hand dedicated grip and thumb shelf to the rear, it still handles brilliantly.

Theoben opted to fit their own mount rack to these guns too, so the scope rings are effectively bolted into set mounting positions. Blueing was always superb from the company and the condition of this second hand example is pretty good, with just a few scuffs on the moderator.

The power adjuster still shows to the rear of the action and here, the old ‘Slim Jim’ style hand pump can be used to adjust the gas-ram pressure if deemed necessary. Look for signs of rough linkage here, possible evidence of a previous owners attempts at increasing the power. Check the breech for slackness (as with any breakbarrel). Otherwise, these models are pretty sound.

At £350, this Sirocco seems like a fair deal to me, for those eager to grab a piece of Theoben’s illustrious past, and with the company as it was, now consigned to the history books, I’d say it probably represents a good investment! Thanks go to Steve Dixon, for the chance to give this beauty the once over, and if you’re interested give him a call on 01205 311246/369470 mob07901985799.