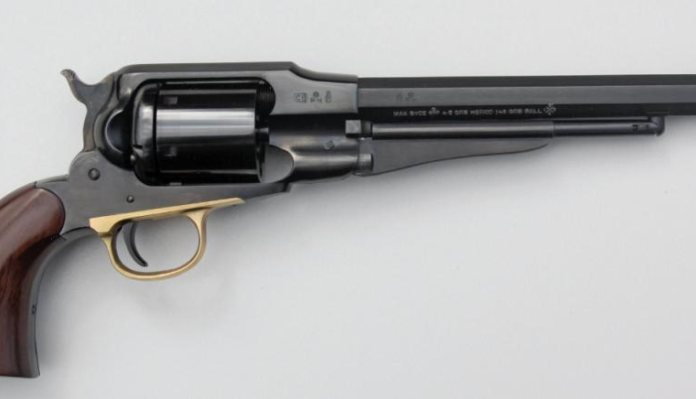 We are always being told to treat all firearms as if they are loaded; so, putting your mouth over the muzzle of a gun would seem rather foolish, yet this is an activity you will see quite often practiced by shooters of muzzle loading rifles. The idea is, after firing the gun, to blow down the barrel to ensure that any smouldering embers of black powder are extinguished before pouring the next charge into the barrel.

There have been rare occasions when, if this practice was not followed, the subsequent powder charge would ignite, with potentially serious consequences to the person loading the gun when pouring powder from a standard powder fl ask. It is possible, but by no means certain, that in such cases the ignited charge could be of sufficient strength to cause the powder in the fl ask to explode in the loader’s hand.

In the past 30-years, I have only heard of one incident of this nature, although there could be others, and I am not certain as to whether the fl ask exploded. Whatever the outcome, many gun clubs began to ban the use of powder fl asks for loading direct to any muzzle loading gun. Shooters were required to load their pre-measured charges of powder into glass or plastic phials and then to the gun, so that in the case of an accident, only the designated charge would ignite.

This practice has become standard on many ranges, for both long guns and handguns, although in the case of the latter I feel that the smaller charges and fi ner powder might preclude the chances of premature ignition. This is particularly so in the case of muzzle-loading revolvers, where the time taken to remove the fi ve or six spent caps would surely be enough for any unlikely hot embers to dissipate.

The above unfortunate occurrences refer to the use of black powder. There are several muzzle loading revolvers now on the market that use very small charges of modern smokeless powder, a propellant that will not leave smouldering embers in a revolver cylinder. One such offering is the Anvil conversion of reproduction Remington New Model Army revolvers.

To accurately measure the correct powder charge for these guns, the designer, Derek Buchanan, came up with a unique powder fl ask, which is virtually explode-proof. Hearing that his customers were being asked to use phials, he decided to put his powder dispenser to the test by purposely igniting the powder charge as it left the fl ask. The results of his test can be seen in a video on his website (www.anvilconversions.co.uk).

Suffice to say that the design of his dispenser is such that 20 consecutive ignitions of the powder charge (in practice you would presumably stop after one!) failed to cause the powder in the reservoir to ignite. So, only the small charge of powder (in the case of my revolver that is 5-grains of Herco) dropped from the fl ask caught fire, exactly the same as if it was poured from a phial. I feel just as safe loading from this dispenser as from a glass or plastic phial.