Blast from the Past: Sako Finnfire 22LR 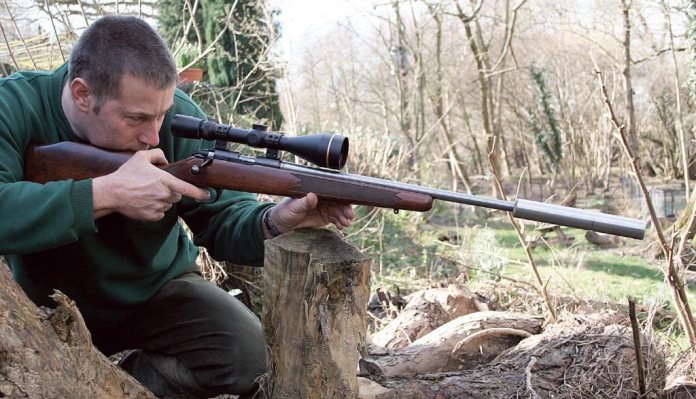 Introduced in 1996 as the model to succeed the hugely popular Finnscout Model 78 .22 rimfire rifle, the Finnfire model differed in that much of the steel parts of the Finnscout were substituted for more economical plastic parts. Instead of detracting from its appeal, the Finnfire was soon snapped up by pest controllers and vermin shooters worldwide, where the use of plastics for the trigger guard and magazine made sense, with less worry of corrosion and better functioning of the magazine. There was only a Hunter version originally, which wore a good grade walnut stock of slender sporter proportions and made for a lightweight rabbit gun. The same Sako quality was put into the barrel and action manufacture and soon the little Finnfire’s reliability made it a desirable vermin tool.

A larger Varmint model soon followed, which had a fuller stock design to accommodate the heavy and longer varmint profile barrel and finally a target model called the Range concluded the Finnfire range. The Varmint model, as it was dubbed, was in my view a better rifle. It sported a better designed stock and heavier, very accurate barrel but still had the all-steel action and ability to shoot a five or 10-shot magazine. The Varmint also proved very popular and the Range is very hard to find these days. I had a Varmint model and I very stupidly sold it!

The Finnfire was certainly a premium quality rimfire, fashioned after the full-sized rifles in the Sako model 75 range, without any compromise with quality of components. Indeed, the Finnfire shared many parts. The trigger unit was fully adjustable and featured a travel-free, single stage pull and was exactly the same as that from the TRG-S centrefire rifles. The same is true of the safety catch that has the same sliding lever that locks the bolt shut
The barrels are all cold hammer forged units with a 1 in 16¼-inch twist rate and originally had a 22-inch length on the Hunter, with the Varmint and Range sporting a longer 24-inch barrel.

Designed to handle all the standard weight .22 rimfire bullets except some of the specialised SSS 60 grain items.

Sako only factory threaded the barrels for sound moderators towards the end of production, so scrutinise the threading job on early models, to check it is aligned correctly to the bore. The barrel sits as a push fit in the action that is milled from a solid block of steel and is retained by two cross bolts. This allows the headspace to be altered easily and allows a quick barrel swap if desired.

The bolt has two locking lugs at the rear and has a very low 50-degree opening angle that further enhances the smooth bolt travel. On the rear of the bolt shroud, there is also a cocking indicator to let you know the rifle is cocked. The magazine and the magazine floor plate incorporating the trigger guard are all plastic, which is fine; in fact, when a rifle is rested in the grass after shooting rabbits these are often the areas that rust first, not so with the Finnfire. The magazine is a detachable single column feeding unit available in 5- or 10-shot capacity but users soon found that nine shots in the ten shot magazine functions better. Also, look at the ejector mechanism, as this is a small sprung steel wire to the left of the action on the inner bolt rail. If damaged, this too can cause less than perfect spent cartridge ejection.

Stock options were always in walnut trim, with the Hunter wearing a slim-line sporter profile, whilst the Varmint model differs with a wide beaver tail forend and rubber recoil pad. The Range, as its name suggests, has a target orientated stock with adjustable cheek piece but many have found their way onto the game fields as the ultimate longerrange vermin rifles. The Varmint Finnfire is a very impressive rifle that now commands high prices, as owners usually keep hold of them – rotters!

The barrel also is easily removed and secured by two cross bolts, which I prefer to the Quad system; because the barrel can come off, many aftermarket barrels are available, so check that you have an original Sako, although if you have a Lilja from the USA, this is a premium item and buy it! Regarding specifications, the barrel on the Hunter model was 22-inches, both Varmint and Range are 24-inch length with a larger/ heavier Varmint profile. All cold hammer forged and free floating.

Sight-wise, only the Hunter model had open sights but most were removed in favour of a scope sight fitted to the integral dovetail rails. Ten shot mags weren’t really ten shot and nine shots fed a lot better. The weight as you would expect was light, with the Hunter weighing at 5.25lbs, Varmint model at 7.25Lbs and Range at 7.5lbs. Overall length was trim too at 39.5-inches for the Hunter, 40.5-inches for the Varmint and Range models alike.

Importers were GMK Ltd. and they still import the new Sako Quad version and newer Finnfire 2, which is not the same beast; so, original Finnfires are a second-hand option only. Expect to pay £375 for the Hunter, £500 for the Varmint and £600 plus for a good Range version.

Because Finnfires were so highly regarded they were often customised; my Finnfire is a case in point, with a shortened barrel, Jewell conversion and Wenig custom walnut stock. Venom Arms also saw the potential early on and started to develop a rifle that could utilise both the benefits of a .22 LR and that of the new .17 Mach 2 round.

A switch barrel rifle conversion was hatched, with the Sako Finnfire as the rifle being chosen because of the excellent quality and barrel interchangeability already within the design. That way you have two rifles in one, with the ability to shoot cheap .22lr ammo for target, plinking or hunting work, then with a swift barrel change you can transform the Sako into a flat-shooting, longerrange varmint gun. The Venom boys sourced Lothar Walther .17 Mach 2 Match barrels that are superbly accurate and available in Stainless steel or Chrome Moly. What you then have is a super little rifle that converts between calibres in seconds that shares the same excellent Sako action as well as magazine and requires no special tools to shoot 0.25-inch at 50-yards.