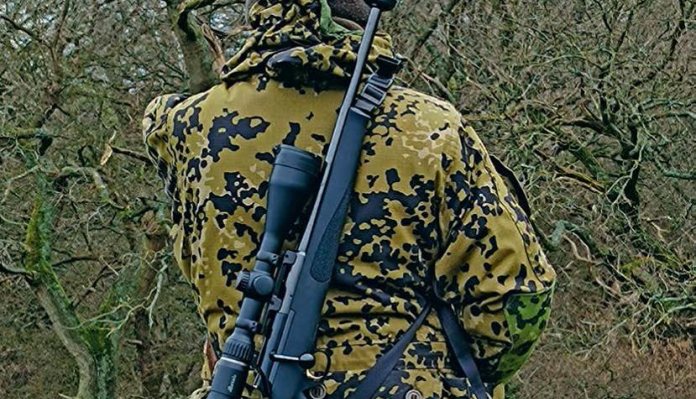 We have seen a bevy of straight-pull rifles recently, with new arrivals from Beretta (BRX1), Haenel (NXT), and Savage (Impulse). The concept is much older, of course, from the Lee Navy and Mannlicher models of 1895, to the Canadian Ross rifles of WWI and the classic Swiss K31. More recently, it has been taken up by Heym’s SR30, Merkel’s Helix and, above all else, by Blaser’s R93 and R8 designs.

Less familiar, and undeservedly so, is the ROLS, from French gunmakers Chapuis Armes. Launched at IWA in 2017, for years they’ve been as rare as hen’s teeth in the UK. However, Chapuis’ acquisition by the Beretta Group in 2019 improved prospects of a sighting to the point where Beretta importers GMK actually had one on their stand at this year’s Great British Shooting Show. Better still, afterwards, they kindly send me the sample to review.

Chapuis is best known as the maker of some of the most attractive shotguns that (surprisingly-little) money can buy. Alongside these, they offer equally-handsome O/U and S/S double rifles, including an understated user-regulatable model called the S12, which I hope to shoot one day. Additionally, they are the makers of the legendary Manhurin MR73 and MR88 revolvers. The ROLS isn’t their first switch-barrel bolt-action either: debuting in 2003 the Challenger, was a characteristically-ingenious design with a compact mechanism to outdo the Mauser M66. The point is that this track-record distinguishes Chapuis as a firm that is equally committed to innovative design and traditional craftsmanship: as any great gunmaker should be. And in that context, to say that their latest baby, the ROLS, doesn’t disappoint, is to say a great deal.

The simplistic way to describe the ROLS is as “a French Blaser”. Fair enough. Both have compact, straight-pull actions; modular construction with interchangeable barrels, bolt-heads and magazine inserts; and dedicated QD scope mounts, precise enough to ensure consistent return-to-zero when re-fitted. That said, there’s an important difference in character. To me, Blasers are the rifle I imagine a German car-manufacturer building. That’s a compelling recommendation in many ways, but the ROLS feels like it was created by a classic gunmaker, and that’s an impression I prefer.

Seven models are offered. The Classic, Elegance and Deluxe all feature a two-piece stock (butt plus fore-arm) with a bronze or black (Classic) or engraved (Deluxe, Artisan) action between them, with increasing degrees of hand-finishing and general bespokedness. The remaining options feature one-piece stocks, in either thumbhole (Performance Wood) or classic configuration, the latter including walnut (Elegance), synthetic (Pro Hunter) and carbon-fibre (Carbon) options. Left-handed versions of several models are also available.

First impressions of the Performance’s synthetic stock were of a rather coarse composite and a somewhat uneven aesthetic, not to mention the chalkand- cheese mismatch between, its ultra-matte surface and the impeccably polished-and-blued action and barrel. Once in my hands, it instantly felt right, though. The straight and wellpositioned comb, the upright grip-angle and spacious thumbhole, the panels of stippling inside the finger grooves and under the palm-filling forend, and even the vestigial Schnabel (just enough flare to keep the rifle on the sticks), all came together to bring it consistently to the shoulder, present the scope to the eye, and maintain control under recoil and reloading. You grabbed it, and it stayed in your grip, wet or dry. There was no flex; no hollowness; no lack of balance. I still prefer the looks of the 2-piece models, but I can’t fault the handling of the Performance one iota.

As a rare bipod-user, I also like having the sling stud mounted in the forend tip, but it would be easy enough to add a second stud, or a recessed Spartan socket, underneath. Odd was the absence of a rear stud, but Chapuis now fit one as standard. I got by fine with a wraparound sling adapter.

If the stock is seriously good, then the action is even better. Blaser rightly saw the blind magazine of the R93 as a limitation, so they replaced it in the R8 with a detachable magazine-trigger module and laboured to present this bulky and costly device as a solution. Chapuis has found a better way.

Their magazine is an en-bloc item that can be popped in or, or out, dropped free, at the press or double-press of a beautifully-polished button, while the trigger-guard and blade are integrated into a hinged floorplate that remains attached to the rifle. You can also topup with the magazine in situ. Spare magazines occupy little more space than the 4-cartridges they hold and are made from the same recyclable “Techno Wood” polymer as the Performance’s stock, rendering them light and rugged.

The magazine delivers reliable feeding as well as fast reloads, too, thanks to a rotary core that cradles each round before presenting it precisely-aligned between the bolt and the chamber, and a unique friction-reduction system that lowers the magazine body as the bolt goes forward to give the smoothest-possible movement. The same attention to detail ensures the rifle can’t fire unless the magazine and floorplate are fully closed.

The bolt handle has a large ball, perfectly positioned for instinctive operation, and carrier movement was torque-free and silky-slick. A safety mechanism prevents firing until the forward stroke pivots the handle back into the vertical position, locking the bolt into the chamber extension, where seven radial segments clamp down over the bolt head, giving 260 mm2 of contact area and the ability to withstand a colossal 123,000 psi. Additional safety is provided by a cocker/decocker at the rear of the bolt carrier, complete with a gold-finished button that makes operation, super-easy.

Switching barrels is as easy as loosening a single bolt underneath the trunnion, lifting one out, and dropping the next one in so its integral recoil lug beds into the matching precisionmachined recess in the receiver. If the new cartridge requires a different bolt-head, then it’s a simple matter of sliding the bolt carrier and its rails out of the receiver, flipping it over to access a locking cam (helpfully engraved with open and closed padlock icons), and turning it 180º with a screwdriver (or case rim) to free the bolt head. Barrels, bolt-heads and magazines are all clearly marked for cartridge or group. The only fiddly part is depressing a small plunger inside the receiver to release the carrier rails.

I didn’t have a choice of barrels, but groups shot removing and replacing the .308 barrel of the test rifle were no larger than ones produced when putting the rifle down between shots. The same goes for removing and replacing the scope. The smart cam-locking QD mount is by Recknagel, and is available in a choice of ring sizes, or as a Picatinny rail. Accuracy was aided by the creepfree, direct-contact trigger which broke at a consistent 2lb 12oz.

As impressed as I was by the design and execution of the ROLS, I was a little worried about doing it justice in the field because, as a left-hander, I sometimes struggle with righthanded rifles. In this case, however, the R/H sculpting of the pistol grip didn’t detract from the otherwise ambidextrous design of the stock, and the smoothness of the action ensured that even weak-hand operation was a breeze. The ROLS was so swift into the aim, and also between shots, that on steel the temptation to whizz through each new magazine was simply irresistible: especially since it proved so hard to miss the target. I absolutely loved shooting this rifle, and what was supposed to be just a zeroing and consistency-testing session quickly turned into a steel-ringing jamboree that thoroughly enlivened a drizzly March afternoon and made serious inroads into my stock of .308.

I really wanted to get out after a Roe doe or two the following day, but this was unexpectedly forestalled by a message from GMK arranging collection of the rifle just 48 hours after delivery. What was up? Well, it turned out Chapuis were concerned the sample might be “shop-soiled” by the handling it had received at the GBSS and wanted to recondition it before it went for review. As far as I could see, all that handling hadn’t left a whisker out of place, let alone a nit to be picked, so much as I appreciate Chapuis’ perfectionism, a little less of it would probably have made for a memorable stalking sortie and left me with a better tale to tell!

That notwithstanding, the ROLS is an altogether splendid rifle: ingenious in conception, exquisite in execution, handsome in appearance, impressive in performance, and a great companion in the field.