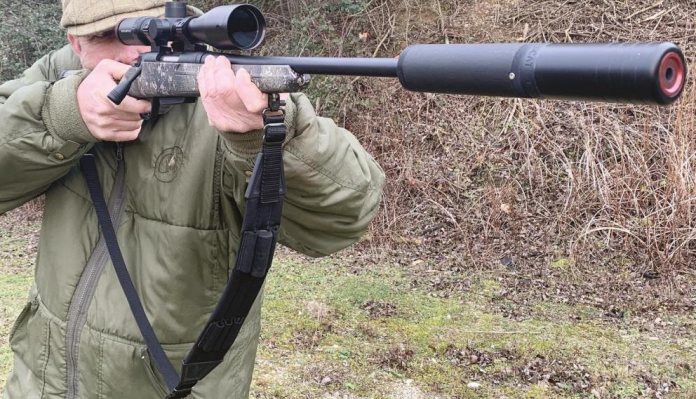 Apart from their lever-action rifles, Winchester’s other claim to fame was their classic Model 70 bolt-action. First appearing in 1936, it pre-dates that other American icon the Remington Model 700 by 26 years, yet today it has little following in the UK, a fact that always confused me, as it’s a great gun. However, and like most manufactures of centrefire rifles and in some cases rimfires too, there seems to be a two tier system of product, with most of the big names; Remington, Sako, Browning and Winchester offering a seemingly budget model along side their flag ship range.

A point in case is Browning’s A-Bolt 3 (AB3), a total departure from the original A-Bolt and as their fortunes and Winchesters are inextricably linked, it was not long before the big W launched their own version; the XPR (Extreme Performance Rifle). A far cry from their Model 70, however, a quick comparison with the AB3 shows a very similar animal. Having shot both, there’s not a lot of difference, as they do the same thing surprisingly well for what are £600 guns. Choice here will doubtless be decided by brand loyalty, individual features and little else.

Like most budget rifles, what starts out as a basic model; black plastic stock blued finish etc and maybe a cheap scope package, given their popularity can grow exponentially. The XPR is no exception, as the first gun I tested was a 30-06 as described, nothing too special but a shooter and hats off to Winchester for offering it with a 24” barrel. Bucking the new and infuriating trend of thinking that 22” is enough for the likes of the aught six, and 270 Win etc. which it isn’t!

Today, the XPR offers a lot of choice; Long Range, Varmint Thumbhole, wood-stocked sporter, the original, black Hunter range uses the standard polymer stock, but now in a massive array of camo finishes. All models offering a great choice of calibres from 223 Rem up to 338 Win Mag and some familiar and new faces in between. Some also come threaded and with optical packages too. At IWA 2019 on the Browning/Winchester stand my eye was caught by the XPR Hunter Scope Combo - True Timber Strata, as I just love camo-clad rifles, I had to test one. It arrived many months later and the promised 6.5 Creedmoor turned out to be a 308 Win, such is life!

What was a little more confusing was the difference in finishes, the one I saw had the True Timber Strata camo stock and a flat dark earth (FDE) coated barrel and action. My tester wore the same furniture but with a blacked metal work and an extended bolt handle, inspired no doubt by Browning’s X-Bolt McMillan or Chassis rifles, it could be a European thing!

Apart from the new finishes, no real surprises on what is an excellent recipe for a hunting rifle: action drilled and tapped for mounts, the barrel, a medium, sporterweight, button rifled with a recessed target crown and threaded 14x1mm. A pepper pot muzzle brake is included. Twist rate is 1-10”, so good for most standard 308 loads. The trigger is Winchester’s adjustable MOA mech, there’s a 2-positon safety, cocked action indicator and an unlocking catch, which is a Browning concept. As is the fitting of their highly effective Inflex Technology recoil pad, as used on their shotguns, along with QD sling studs; more of the stock later. Calibre choice in the Hunter series is: 243, 270 and 308 Win, 6.5 Creedmoor, 7mm-08 Rem, 270, 300 and 325 WSM, 270, 30-06, 7mm Rem Mag, 300 and 338 Win Mag, 350 Legend, 223 Rem and 6.5 PRC.

Let’s start with the stock, as I have an instinctive distrust of what we can generically describe as polymer, certainly on a budget rifle. Often too light, flimsy and noisy, they do not let the gun show its true potential. Winchester calls it a ‘composite’, taking the barrel/action off showed a surprisingly solid build, that was pleasingly rigid. The forend has integral cross bracing and although we are told the barrel is free-floating, not much of that was in evidence. The butt seems to be lifted off their SX3 and 4 semi-auto shotguns, with its typical low comb and short 13.75” length of pull (LOP). The mid-width, rectangular forend tappers slightly to a pointed tip and offers a decent hold, aided by panels of texturing in the usual places. Like many modern rifles, the recoil lug is set inside with a corresponding slot under the receiver that engages with it; well, it works.

Feed is from a single column, detachable box magazine that sits in a polymer bottom housing, complete with large and deep trigger guard, with good room for a gloved finger. The release catch is at the front of the well and the empty clip self-ejects, so be aware. The MOA trigger is a nice design, and to paraphrase Winchester: it works on the principle of the pivoting lever and offers a 2:1 mechanical advantage that results in a superior pull; I concur. The blade is wide and smooth and feels good on the finger and the pull shows not one millimetre of creep or graunchy feel. Simply put; it feels solid and increasing the pressure results in a smooth, crisp and readable 3 lb break. It can be adjusted for weight by a screw at the front but comes from the box with a dob of clear sealant on it; I left it alone, as I could not fault it!

The safety is a 2-position sliding lug, rear/ right of the action and well placed for fi ring hand thumb operation with little disturbance to the shooting position. It pushes forward to FIRE (red dot exposed) and reverses for SAFE (dot covered) in this position the bolt is locked. In front of it is a release catch, so allowing you to unload from a live chamber with the safety still engaged, not a new idea but a valid concept. The extended and enlarged bolt handle is a dream to use and operation is slick and smooth, even on this cock on opening design.

The bolt body shows a plunger ejector and three locking lugs, which offers a short lift angle with a smooth run with no yawing or pitching, as can sometimes happen if you put too much pressure on an extended handle. In the shoulder, this results in minimal loss of head/shooting position, so faster back up shots. The bolt release catch is rear/left. The steel receiver shows a large ejection port, which makes single loading easy, on top was a Kite 3-12x50 scope in 30mm Talley mounts.

Chambered in 308 Win, my tester showed a 22” barrel, near perfect for this sort of rifle and weighed 6lb 12oz un-scoped. It feels purposeful and handy and at 42” long is nicely pointable. If I had one niggle, it would be the slightly short LOP, but I could live with it for the way this XPR performs. I used five loads: Lapua 150-grain Mega, PPU 150 and 165-grain PSP/BT, RWS Doppel Kern 165-grain and of course Winchester’s timeless 168-grain Ballistic Silver Tip (BST). Probably the best brand of rifle ammo they ever made or ever will! In my experience, some guns can be fussy, and I tend not to expect them to shoot all ammo I feed it for testing. Well, this is one of the few that did, the worst group being just over the inch and the best at ½”; not too shabby then?

For a 308, recoil was surprisingly pleasant, with or without the brake, I put most of this control down to the Inflex recoil pad and low comb. Suffice to say, you shoot and the rifles comes back down from recoil quickly and it’s easy to retain your target.

For the test, I also fitted a Wildcat EVO 10 moddy. So, lets run the figures, see XPR Data.

As can be seen, all are fit for purpose, it’s interesting to note the large velocity difference between the two 150-grain loads and how the heavier weights, perhaps offer better overall terminal performance. My choice would be the Winchester BST, as it uses a hard-hitting, premium bullet that always gives pass throughs, yet does little peripheral tissue damage. Ironically this could be termed an entry level rifle, costing as it does around £600, yet it has a good trigger and features, and enviable accuracy that would put some more expensive brands to shame. I have been thinking of building a compact 308 hunter, but I could be better off buying an XPR and save myself all the expense and hassle; go figure!