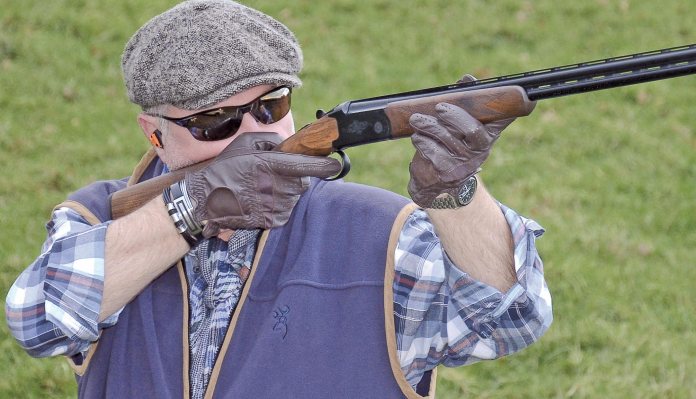 It’s reasonably safe to say that one of the main reasons the humble 410 is enjoying a notable resurgence is down to the Turks. Where once upon a time getting your hands on this smallest of shotgun gauges was a case of either buying something expensive or hoping to find a used example that was still worth owning, courtesy of numerous Turkish makers 410s are now so numerous and affordable that there’s no excuse not to own one.

Still occasionally referred to as a child’s gun and the only gauge, a 36 gauge to be precise, to be referred to as a calibre, 410s have always been more than many think they are. And if you’re prepared to get used to a 410, work within its limitations and learn about it, the 410 such as the Armed SPE36 is extremely capable and rewarding to shoot with. The other aspect of the 410 is that you can take some pride in your shooting as and when you get good with one, since you’ve next to no margin of error. So become well-versed with a 410 and just watch your 12g shooting improve!

Unless you’ve bought yourself an ornate 410 from one of the big makers the hallmark of the ordinary, average man’s version is solidity of build. Given that most 410s are used as either first guns or all-rounders they usually have to tolerate some hard usage, which is where the Armed is one of the best examples I’ve seen. The oil finished walnut, whilst attractive and well-grained, has been selected for its obvious durability.

The game style stock is rounded off with a slim buttplate and 5mm soft rubber recoil pad, whilst the slender grip displays a wide radius and neat checkering that promotes fluidity of handling along with a firm strong grasp when more definite aim is being taken. Fit from stock head to action is precise and even whilst the matching Schnabel influenced narrow forend like the grip encourages the same grasp variation as the grip.

With the muzzles fixed chokes of full and a tight ½ the 28-inch monobloc barrels are separated by a vented midrib and a low stanchion 7mm top-rib whilst at the opposite end the tubs swag into 3-inch chambers complete with strong, well-timed ejectors. The black steel mechanical boxlock is based on the now familiar and time-proven design that, unusually for a gun of this type, enjoys some light scroll engraving that extends to the short top-lever and manual safety.

There’s even a gold plated trigger, should the fact actually matter to you.

As soon as you hold the Armed you’re immediately struck with how solid the gun feels, the 6lbs 4oz average weight and balance point an inch in front of the hinges adding to the sensation. Measuring 45¼-inches in length this 410 feels right, the 1½-inch and 21 9/32-inch drops at comb and heel plus a good 14 9/16- inch length of pull all coming together to enhance the gun’s physical presence. If comment had to be made it’s the trigger mechanism, breaking at an average and slightly heavy 6lbs 9oz, it’s the 1/16-inch creep that from my point of view needs to be addressed. You do get used to it but you’ve to constantly remember to take up the slack, the immediacy of the gun to react seemingly delayed.

To shoot, I’ll say right from the off that this rates as one of the best little vermin guns I’ve shot for quite a while. Throw in the facts that for me it shot flat, a fact confirmed by the Arrow Laser Shot, the reality that in many ways it feels more like a rifle than an average shotgun, and the gun’s ability to comfortably digest the heaviest of 410 loads, and the Armed is a grey squirrel’s nightmare come true. As regular readers will know, I have a passionate hatred of these odious little beasts, the only good one being a dead one!

Setting off to thin out Huntroyde’s seemingly endless population of the tree-dwelling rats, I elected to use three different types of ammo. Two of them by Eley, namely the hard-hitting competition orientated Trap 410 and Extra Long game load, plus some NSI 410M (magnum) from the gun’s importers, Edgar Brothers in Cheshire. Patterning all three to gauge, it was immediately obvious that the patterns were still tight and yet well-defined out to 30 yards to a degree it wouldn’t be out of it to call the result more grouping than anything else.

After just over an hour’s worth of sitting and quietly strolling through some of the estate’s wooded areas, over 10 little grey furry bodies were neatly lined up, another 60 minutes adding a further seven to the tally. And whilst four or five were taken as moving targets the bulk were carefully aimed shots at stationary quarry.

Extremely easy to aim and hold exactly where it needed to be, the Armed positively excelled, the Trap 410 and NSI magnum loads the most effective. And whilst its more than possible to feel the recoil of both of the heavy loads, the gun’s angles and recoil pad ensures that the recoil that is sensed is more than acceptable even to a slightly built shooter.

Over the next few days considerably more members of the grey menace were added to the woodland floor along with a couple of rabbits, crows, magpies and a pigeon, all of them falling victim to the Armed’s unfailing accuracy and ability to deliver the charge of shot exactly where it should be. Apart from the somewhat annoying trigger creep that you eventually get used to, this little 410 performed flawlessly each and every time.

All yours for £550, if you’re anything like me you’ll look for reasons or ensure you make time to head out with this little over-under. From the day it arrived until the moment it returned to Edgar Brothers, the Armed 410 was a pleasure to use. Rarely have I used an economically priced shotgun so ‘on the money’ as this one. Equally, for anyone such as me who enjoys trying to keep vermin numbers down to acceptable levels, what at times can be a chore becomes a pleasure to look forward to when armed with an Armed!