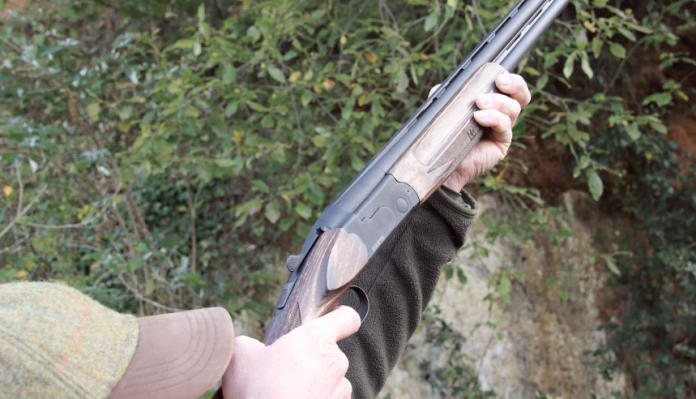 Despite all the political upheavals that Turkey seems to be going through, both internally and with the EU, you have to hand it to their gun trade that life goes on and things are only getting better!

Perhaps the politicians should take a leaf out of the book that some of their country’s manufacturers are obviously reading?

Sportsman Gun Centre are the UK distributer for the ATA range of shotguns and currently have over & unders (O/U) and semi-autos in 12- and 20-bore, hopefully some of the smaller calibres will follow! ATA are a new name to the UK but have been in existence since 1955 and produced their first O/U back in 1973. This might seem as not that long ago, but certainly within the driven game shooting world, O/Us were hardly ever seen prior to 1980 and even then, slightly frowned upon.

There are eight O/Us to choose from, currently they are all 12-bores; of these, Sportsman sent me the SP Black Laminated to test. On opening the box, my first thought was ATA have obviously taken inspiration from one of the well-known Italian gun makers with the look of the action, both visually and mechanically. The next thing that drew my eye, was a brand sticker on the underside of the barrels, which is something I am not keen on, as they seem to get welded to the metal, especially if not taken off before the gun gets hot in use; Browning take note! On closer inspection, I found this to be a plastic sleeve that just slips off. Top marks for that one ATA and my affection for the gun grew even more.

The metal work is all matt black with no engraving, that combined with the dark stain of the laminated woodwork, makes for a very aesthetically pleasing gun. This is the first shotgun I have seen, let alone used, where the wood is laminated, some of my rifles are laminate and they have always performed well, so I suppose the jump to shotguns is logical! Being of laminate construction will make them much more weather-resistant and although I have synthetic pump actions and semi autos, there is still something that does not sit right with me about a synthetic O/U.

The chequering is the commonly used diamond cut and not too sharp, the forend and pistol grip were very comfortable in the hand and the gun just felt right to me coming to the shoulder nicely. The forend is not overly slim but with the groves either side for the finger tips; even those with small hands will not struggle to maintain a firm grip! The forend release catch presents itself as a push button in the tip, rather than the underside, which I prefer.

Length of pull is 14.75-inches, which should suit most shooters, albeit a little too short for me. The test gun had 30-inch barrels but is available with 28-inch as well, the rib is wide with a bright bead. The SP Black is supplied with a set of five chokes, with Full and 3/4 not being suitable for use with steel shot and shows a 3-inch chamber. Weighing in at 7.5lbs it balanced perfectly on the hinge, no doubt this is partly due to the stock and forend being made from laminate, as I am sure that if synthetic material were to be used, balance could be quite an issue. The safety is manual and the whole catch can be moved from one side to the other for barrel selection, this control worked with positive movement and no undue play or looseness.

Fortunately, the arrival of this gun coincided with one of our simulated game days on clay pigeons, so I could give it a good try and get it very hot in a short space of time. Eighteen minutes and 200 cartridges later, my respect for the SP had only grown more, with only one light strike, or it could have been a hard primer, everything worked well, no problems and the ejectors consistently threw the empties out.

Having the forend release catch at the end of it, rather than underneath, really proved its worth in this situation, with no superheated metal making contact with the palm of my hand. The SP swung naturally for me, no doubt due to the fact it is well-balanced, and I was more than content with what I hit. I used a variety of loads from 21- to 36-grams and they all felt very comfortable to the shoulder, but as you can imagine there was much punch with the heavy loads.

In the team that came for the day there were several AA and AAA class clay shots who had a look and feel of the SP and all of them were impressed with the handling, balance and weight! Bearing in mind that they were all shooting guns that cost several thousands of pounds, I asked them to guess the price and to the man they all put it in the £1200 to £1500 price bracket. You can imagine their surprise when I told them it retails at £649.99; in fact, the whole range of SPs only retail between six and eight hundred pounds.

I also had a few hours at pigeons over decoys and again got on very well, the birds were fast, some a bit rangy but the first six shots had five on the floor, then I took the SP away from my mate and was nearly as accurate with it! The truth is, I could not find anything I did not like about this shotgun; my impression is it represents excellent value for money and should stand the test of time.

Would I buy one? Well, if I were in the market for a sub- £1000 over & under, giving it the use that the average UK shooter would, I would be giving the ATA range very serious consideration.