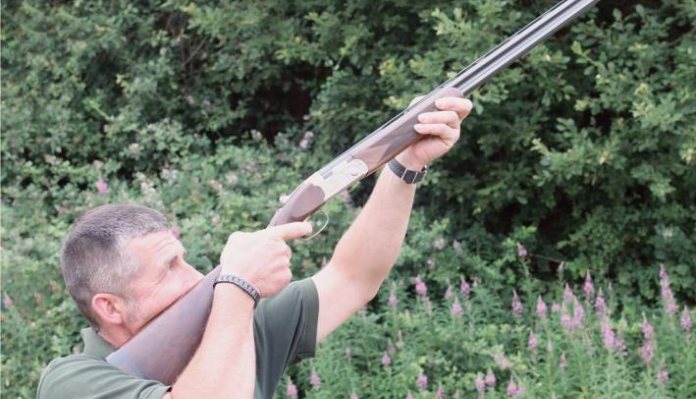 Beretta is synonymous with shooting and the manufacture of firearms and are probably the best known of the Italian manufacturers and doubtless in the top few on the world stage. They have a rightly deserved tradition of excellence that has been maintained since 1526, or to put it another way; they have been making reliable and desirable firearms for a very long time!

On test is a 686 Silver Pigeon 1 in 28-bore, a calibre that’s becoming ever more popular and not just as a starting point for youngsters, but one for serious use too. Improvements in ammunition in all calibres, has no doubt helped some of the less common numbers take their rightful place with all shooters. As the spark of interest has been re-ignited, so manufacturers have stepped up to the mark, offering many different grades to suit all pockets, and Beretta have certainly done their bit on this front. While they are not the cheapest, they offer excellent value for money and will probably go on for ever, given the sort of use most shooters give their guns.

The Silver Pigeon 1 is about the least expensive O/U made by Beretta but don’t think that makes it any less of a gun compared to more expensive models. The engraving and wood may not look as fancy, but it works just as well. My tester has rather well grained timber and the stock and forend match perfectly, the oil finish brings out the grain very well. Standard butt length is 14½-inches, but changing the LOP is relatively easy for any competent gunsmith, and as ever, I have taken it out to around 15 3/8-inches to fit me properly.

The slim forend still provides plenty of meat to maintain good control for those with larger hands, while not being too substantial so those with smaller paws either. Another feature on the forend, which I prefer, is there is no sharp scroll at the end, meaning that it flows in a sleek line, which is very much an advantage for those of us with large hands and long arms.

Chequering is diamond-cut, providing a firm grip, whilst not being too sharp. The engraving is of a simple scroll design, which is very much in keeping with the place the Silver Pigeon holds in the market! It’s fair to say that it’s instantly recognisable as Beretta, as is the shape of the boxlock action; both have worked well for so long, so why change it?

This model is available with 28- or 30-inch barrels, the tester has the latter, which I would recommend, as the balance is perfect, and that little extra length helps the user push on with swinging the gun. The rib is in keeping with the scale of the gun and finished with a brass bead as one would expect on a game gun. This example is a multi choke, coming with a set of five from Full down to Cylinder, I bought an extra Half, as this restriction in both barrels suits me very well.

One of the best features is that the action is true to scale for a 28-bore and not a 20 with 28-bore barrels on it. This all helps with weight, but more importantly keeps the balance and consequently the feel of the gun just right. As I understand it, making a true 28-bore scaled action was one of Beretta’s main considerations when looking at production, and from what I have seen, the same is true of their .410 too.

The safety is tang-mounted, and barrel selection is made by sliding the selector on the safety from one side to the other; one dot indicates bottom first and two the top first. Trigger pull is crisp and in no way distracts the user when firing. As to be expected, this is an ejector and throws the empties nicely clear on opening. You do need to make a conscious effort to keep the chambers clean though, as very little dirt can cause the fired cases to stick and not eject fully!

Testing was easy, as I have owned this gun for several years and used it for everything from doing the rounds on my shoot, days clay pigeon shooting, decoying pigeons and game shooting. The truth is, this calibre shoots very well and my 686 has never let me down. However, I am willing to admit that on some tremendously windy days, when first starting out using it, I left it at home and took the 20-bore instead.

I have had some of my most memorable shots with the 686 and do not feel in the least under gunned with anything that East Anglia can offer. Perhaps the most important thing is to match the cartridges to the gun! I have tried some that others have sworn by and ended up swearing at them, although most brands and loads seem to work very well in this Beretta, they have all had plastic wads.

Until recently, I have struggled to find a fibre-waded cartridge that seemed to work for me but having now looked closely at some of the Gamebore loads have found their Regal 25-grams #5s to be excellent. They pattern well, despite being what would be perceived as a heavier load for a 28-bore. They are very smooth to fire and whilst not feeling snappy seem to reach their destination remarkably quickly. And my Beretta loves them, say no more!