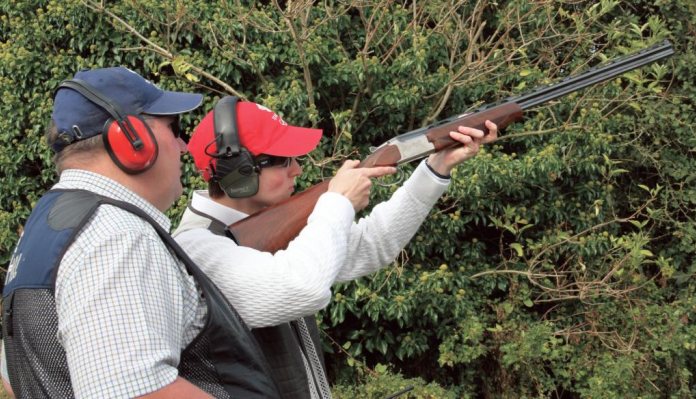 Browning over and under shotguns stem from the most famous shotgun of them all, the B25. Still revere amongst its peers as one of the best shotgun designs ever. The Browning series of shotguns have an increasing numerical numbering system whilst American models tend to be designated by names.

For lesser mortals like myself, the cheaper yet superbly engineered older models of Browning’s legacy such as the B125, 325 or 425 models offer some really good value and old world craftsmenship. My eldest son shoots his B325 grade 5 in 20-gauge far better than I ever could but we both enjoy its lightweight, superb handling coupled to superb walnut stock and properly engraved action.

With this in mind, and my interest in the 410- or 28-gauge calibres, I started to look for B325 in one of these cartridges. Trouble is that people tend to hold on to them unless, sadly, it’s a bereavement, which as it happened was the case in my find. Atkin Grant and Lang were selling a few guns from an estate and there was a 410- and 28-gauge on offer but not in the B325 but the later B425 model but in an Elite grade, bingo

Basically, the B425 is an upgraded or newer model of the earlier B325 model, we are now on the B725 models. What I like about the older models is that for the price of a new grade one B725 you could buy a second hand B425 in grade 3- 5. Trouble is getting a decent one, people do tend to hold onto them and ones that do come to sale have often had a hard life.

These two guns from Atkin Grant and Lang in 410- and 28-gauge and both Elite grade which is grade 3 in old money were both £1500, a real bargain in real terms considering what you get for the money.

The B425 differs from the older B325 primarily in its manufacturing techniques whereas B325 guns had chopper lump actions these B425 used the now common monobloc system. This is easier to make and means the barrels are inserted individually into a monobloc action block.

The B425 saw the light of day in 1995 and was available in 410-, 28-, 20- and 12-gauge offerings as well as game, sporting and target version. In America it is often called the Citori but basically the same although the Yanks tended to like their gaudy high lacquer finish to the stock!

Both the guns on offer were game models that suited me as the thinner rib and slender gait to the stock makes for the fast handling characteristics. I choose the 410-gauge model which was 46.75-inches overall length and weighed only 6lbs. It just feels so well balanced and well made too. You have a rib of 6.20 mm width which is really nice and thin, so perfect for a game gun when you want to be able to see the game when the gun is mounted and not obscured by a larger rib size.

Sighting-wise you have a single stainless-steel low-profile bead at the muzzles, which is perfect in my view as it offers direction but is not over bearing.

The rib itself is quite high and has nine equally sized and spaced vents beneath. Being that the 410 barrels are slight in profile and so the rib looks raised but is still in line with the sighting profile from the action top.

You have a solid mid rib connecting the two barrels and this model came with fixed chokes, that I also prefer of ¾ bottom barrel and Full choke top barrel. These barrels are 30-inches long and are chambered for the 3-inch cartridges so make use of the 410`s high pressure loading and also really help swing correctly this nimble little Browning. Ejection is very positive as 410 cases can get a bit sticky but this B425 was flawless.

The finish is Browning’s best bluing being both rich in colour and has a deep lasting shine, lovely.

The action is typically Browning i.e. extremely well-made and fit and finish is excellent with very good wood to metal fitment. The monobloc design is tried and tested and this B425 despite its age, is still tight as a drum.

I have always liked the way three Browning’s use the monobloc lumps to engage through the bottom of the action to form a secure lock up and also give a nice decorative look also. There is always a nice satisfying click as the action closes. Like a well-engineered classic car door. The top lever still has plenty of bite left in it and the safety and barrel selector is still the same button on the rear tang that does both duties very well.

Being an older gun, the action needs to be tight, so check for wear and a top lever at mid-point and lose or quick opening action and any sideways slop to the barrel to hinge pin movement.

Action finish, however, is where the B425 and older B325 start to differ. Jakes B325 has deep and well-cut engraving with an old-fashioned coin finished action whereas the newer B425 actions are not quite as well appointed externally. This action is well-polished with minimal engraving to the sides, bottom and top lever in the form of scrolls and acanthus leaves. But they are laser cut and quite shallow and not as deep or luxurious as the older B325 guns.

This is the Elite model; Browning changed the grading from numbers to text with the B425 series and Elite equates to Grade three. This is reflected in the quality of wood primarily as a s/h gun of this era had really superb walnut which would cost a lot more to fit today so you are getting a better grade for less money. This is what drew me to this gun, as the whole stock design and look was perfect for the smaller 410 cartridges.

The walnut has a really good deep colour and figuring to both sides of the stock with excellent walnut and lovely fiddle back stripping along the whole of the butt stock that changes as you move the gun.

The forend is also similarly well matched to the rear stock, and the whole has that timeless aged oil finish that gives depth to the look as well as protection against the elements. This stock has the Prince of Wales rounded pistol grip which is my favourite design and the checkering is beautifully cut for real grip in these areas that need it.

The Browning B425 was a worthy successor to the B325 and still has that older styling and quality wood that these s/h guns often have. They offer great value for money but as always check for lose actions, pitted bores, cracks to forends and stocks. These 410 models are quite are and cost £1500 which by today’s standards is very good value and has accounted for many squirrels as well as clays using the new Eley 410 Trap ammunition.