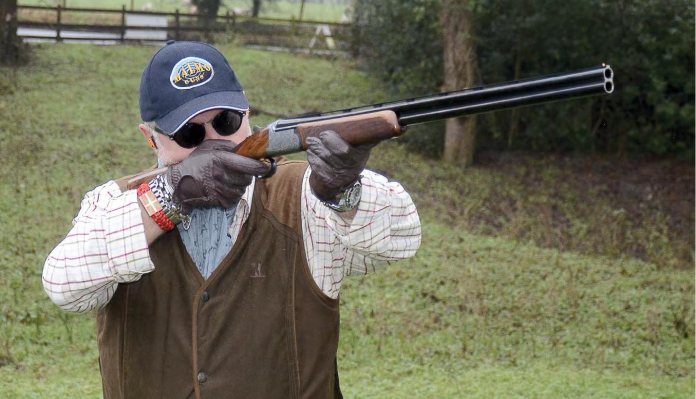 Over recent years, the sub-gauges have significantly increased in popularity, especially for game shooters. One major factor being that ammunition has improved to a degree that with a 20g in your hands, you no longer feel under gunned in comparison to a 12g. Granted, you are throwing slightly less lead towards your target, which means a little more accuracy is required but a quick visit to a shooting ground usually sorts things out. Similarly, the 28- bore, the last of the so-called gauges and just that faction larger than the infamous 410, but loaded up with some of the top 28g ammo and you’ll be staggered at what this diminutive gauge is capable of.

The increase in sub-gauge attractiveness can also be determined by the sales of many of the Turkish brands that offer 20s and 28s as a matter of course. The affordability of many of the Turkish offerings also means that should a smaller gauge not be for you, you haven’t spent a fortune, or it can be cascaded down to your wife or children as a lighter weight, smaller person, new to the sport starter shotgun. However, most who try them become very quickly hooked, the 20 or 28 becoming their shotgun of choice, especially for a day’s walked-up or fast handling, driven gun. A competently wielded 20g on driven grouse is a joy to use or to watch.

But whilst there’s absolutely nothing at all wrong with many of the Turkish examples, many shooters then wish to buy themselves something a little more upmarket. And this is where Rizzini’s new EM Combo comes seriously into play.

A round body inertia, over-under boxlock, the EM Combination comes complete with one stock and action, along with a set of 30-inch 20g barrels and forend and 30-inch 28g barrels and forend. All packed neatly in one of Negrini’s fully-lined, upmarket cases. This means that the action sits in the lower compartment alongside the two full sets of flush-fit choke tubes, whilst both barrel sets and their matching forends live in the upper section, better known as the lid, a smart, hinged partition keeping the two sides secure and apart.

Without question, the first aspect of the EM (as it shall now be referred to) is the quality, fit and looks of the walnut; it really is outstanding. Finished with a lustrous lacquer, the graining and detailing verges on exhibition grade, the graceful, slender and nicely open grip neatly chequered, the patterning repeating on both of the rounded, hand-filling forends, whilst the concealed buttplate, although not an absolute perfect match, still very much in keeping with the overall quality of the EM’s furniture.

Irrespective of which barrel set you elect to use, the action remains the same. Based around the now familiar and time-proven Italian boxlock, the externally rounded action is profusely decorated with matte silvered finished and black inlay foliate pattern that extends over every available part of the metal, carrying on around the fences and along the top tang and around the black top lever and auto safety, less obvious ornamentation decorating both sets of forend irons.

And yes, as always, if the EM were mine, the first job would be to have the auto facility disengaged. More pheasants have been missed due to auto safeties than have by inaccurate shooting. The fixed, gold-plated trigger sits within a wide diameter, oval black gloss trigger guard that when the cold weather makes itself known, easily allows for the shooter to wear gloves without interference.

Whichever of the barrel sets are in use, visually they are identical in all but gauge. Both are 30-inch monobloc, the swaging is virtually invisible, both have gloss black finish, both have solid mid-ribs and low stanchion vented 6mm top ribs, the style more than in keeping with the fact the EM is a game gun. Both have a small muffin-shaped bead and take the aforementioned flush-fit choke tubes. Chamber wise, the 20g barrels are designed to accommodate 3-inch magnum loads, whereas its 2¾-inches for the 28s. If there is a word of advice in respect of the barrels, don’t muddle the forends, these curvaceous pieces of walnut look the same but as you’d probably imagine, they aren’t, they’re barrel specific.

For the sake of the images seen here, the EM was photographed fitted with the 28g barrel set, reason being that visually, it’s more or less impossible to tell the difference. With identical barrel lengths and a common action, certain dimensions remain constant, such as the 47½-inch overall length, 14 5/8-inch length of pull, a crisp and a precise 4lbs 2oz trigger weight. The slight differences are that with the 20g barrels fitted, the EM weighs 6lbs 4oz, with a balance point 1-inch in front of the hinges changing to 6lbs 3oz and balancing about ¼-inch in front of the hinges with the 28g tubes fitted.

Leaving the chokes ¾ and ½, the most appropriate for sub-gauge game shooting, and heading out onto Malmo Gun’s private clay layout, the ammo was as near matched as we could get it. For the 20g, it was 24g Cheddite Trap 20, filled with 7½s, whilst 24g Cheddite Super 28 full of 6s, both plaswads. Shot first as a 20g, the EM performed well, the balance and the handling exactly what was expected, the EM shooting flat, whilst this Rizzini flows easily from target to target, opposing pairs of clays a joy to shoot. Similarly, both barrels feature strong, well-timed ejectors that throw the empties nice and clear.

It was the same when in 28-bore guise, the gun seemingly even more attuned to the shooter. The fact the EM weighs 1oz more as a 20 than as a 28 and the balance points are fractionally different make no difference whatsoever when shooting the gun. Likewise, with the rounded forends being identical, the feel and ability to keep the EM fluid in motion are once again exactly the same. Basically, the Rizzini EM Combo is a pleasure to shoot irrespective of your chosen bore, whilst the looks and feel place the EM in a category way beyond its asking price of £4050, a cost that I actually regard as a bargain. And with top quality ammo, such as the Cheddite used, once again the EM is delightfully devastating.

You might well ask why two sub-gauges in one? As a 20-bore, the EM is equally at home on driven shoots as it is on walkedup; the lightness and handling far outweighing the majority of 12-bores. Throw in some decent cartridges and you’ll be pulling driven grouse and partridge out of the sky with alacrity and style without the weight. So, why add in the 28g side of it? For a late season stroll around the boundaries, walked-up snipe, some impromptu pigeon popping, crow shooting or best of all, squirrel devastating, load up with some potent shells and the 28g tubes will delight and astound.

If you’ve never shot with a 28-gauge shotgun, the pleasures still await you and if you elect to undertake the experience using Rizzini’s EM Combo, then your initiation will be enhanced even more. And whilst you perfect your 28g technique, you’ve still got an instant 20g. The other benefit is that the EM feels exactly the same, so you, the shooter, have no need to alter your style, or try and remember which barrels you’ve fitted. The real surprise will be when you pull a high bird out of the sky and realise you’ve got the 28g barrels fitted. Then you’ll know just how good this Rizzini actually is. As far as I’m concerned, UK Rizzini importer Edward King down at ASI has a real winner on his hands, as will you, if you go and try one!

With thanks to Malmo Guns for making their private clay shoot available and for supplying the 28g Cheddite Mach3 cartridges.