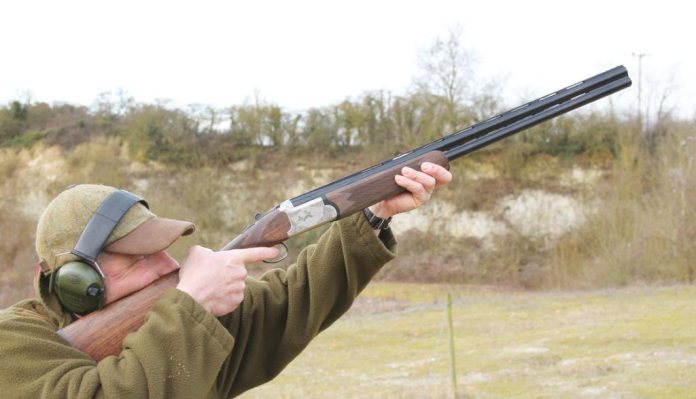 Webley & Scott has been a well known name in British gun manufacture for many years; the more senior readers will remember the 500 series of boxlock side by sides and some years later the 700 series. After moving up from a .410, when I started shooting, I briefly used an old 16 bore Webley, before again upping calibres, moving on to a 20 bore.

In more recent times, Webley & Scott have been designing over and unders that are then made in Italy, a nation of extremely reputable gun builders. Two years ago, I was fortunate enough to test a 28 bore, which was very impressive and so was only too pleased to be given the opportunity to look at one of the 900 series 12 bores, the 951 Game to be precise.

My first thought when opening the hard case, it is supplied in, was good wood for what is essentially a very modestly priced gun. The stock and forend are of oiled walnut and with good grain. Chequering is the commonly found diamond cut, which provides the shooter with good grip, whilst not being too sharp and aggressive, which can sometimes affect gun mount and shooter feel. The pistol grip is sensibly sized, which should suit users of all different hand sizes and shapes. Length of pull was a surprising 15”; this is slightly longer than found on many off the shelf shotguns but suited me very well. I say this, as I have very long arms and do have problems with most standard lengths of pull, to such an extent that I have all my shotguns stocks extended to 15 3/8”.

The 951 is a solidly built box lock over and under with a hammer-forged, solid steel receiver, everything about this gun gives the user a feeling that it was made to last and that is topped off with a three-year warranty. It is chambered for three inch cartridges and steel proofed, so making it a sensible choice for those hoping to shoot wildfowl. As with the majority of over and unders, there is a single trigger with an auto safety catch that also doubles up as a first barrel selector, the test gun had 30” barrels but this is available with 28” as well.

This is a multi-choke and is supplied with the usual five choke options; the game version has a brass bead, whereas the sporter has a red fibre optic type. Trigger pull was not overly heavy but I was a little surprised and indeed disappointed with the creep observed, although it felt that the shot broke at the same point each time. According to my scales, the Webley weighed in at 7 7/8 lbs, obviously the 28” barrelled version will be slightly lighter but the balance on this one felt fine and it certainly handled very well. This 951 came to the shoulder very well and, what I call printability was first class.

During testing, I used a variety of cartridges from 24 gram up to 36 gram loads and they all seemed to go well; obviously, the felt recoil from the light loads was virtually nonexistent. The 30 and 32 gram loads were also very pleasant to fire, the 36 gram ammunition certainly kicked a bit more but not to the extent that I felt uncomfortable firing them.

Unfortunately, I did not have any simulated days with clay pigeons on, whilst I had this Webley on test, to really put it through its paces with large quantities of shots in short periods of time. However, the shooting I did with it was all a pleasure and in the process accounting for several pigeons. To those of you looking for a very reasonably priced, solidly built shotgun that handles well, take a good look at the Webley & Scott 951 Game, I feel sure you won’t be disappointed.