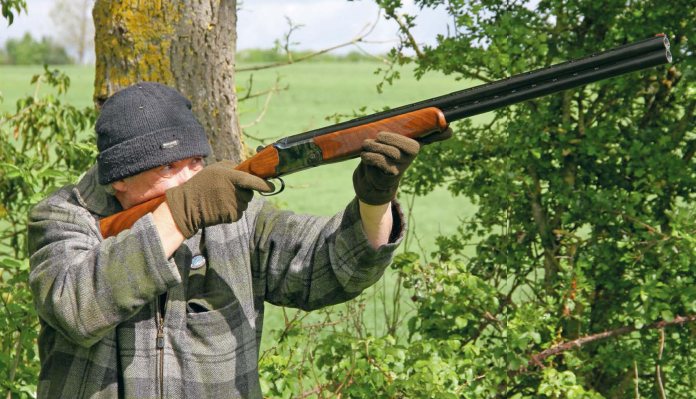 Many of us think we need a magnum but seldom actually do, but what’s the harm of owning one when it costs only £800, looks as pretty as the test gun and shoots such good patterns?

Well, Yildiz produces 3 ½” magnum shotguns (over and under and side by side) that handle well, are well built and are capable of shooting the largest steel shot safely. So, it seems churlish not to try one.

Available as a non-ejector or ejector with a 28” or 30” barrel and 5x flush-fit chokes, plus 2x extended chokes for extended ranges, the Yildiz Wildfowler Extreme boasts a walnut stock that is quite spectacular for the price. Yildiz follow on with that good Turkish tradition of quality wood, putting many European guns to shame for half the price! Moving on swiftly, the Wildfowler is also characterised by its striking colour case hardened action, which is visually nice but practical too.

Action-wise, unlike many Yildiz game guns, steel is the material of choice, which to me seems very sensible given its magnum status. Plus, it also has the added advantage in that it helps to balance the gun too. In fact, the point of balance is just forward of the hinge pin, and that’s with 30” barrels, which instantly boosts the Extreme’s appeal as a good hunting tool.

It’s basically a model SPZ ME but steel with no jewelled sides to the monobloc. It locks on recesses through the bottom cuts of the lumps, with engaging contact on the locking bar in the action floor. It opens easily without slop and closes very well indeed, plus has a mechanical hammer design so you are not reliant on the next shot to set the hammers. I much prefer this method of cocking and it just seems more reliable to me. Talking of which, the ejectors are brisk and you can also select a non-ejector version, so plastic cases are not accidentally ejected into a water course or river when out wildfowling.

On opening the Yildiz, the autosafety is activated as the top lever is operated. Personally, I prefer a manual safety, as I regularly forget to take it off! However, the barrel selector is inset on the slim, blacked safety and moves very smoothly with fast top or bottom barrel choice, making barrel selection easy in the heat of the moment.

The single trigger with a slim blade is nicely weighted, with no discernible backlash. Due to the pistol grip having a slightly more upright stance, the length of pull at 14.75” seems longer, and therefore it felt very comfortable as well as natural to hold.

Now the star of the show - the superbly colour case hardened action sides, which look to be chemically applied for a very aesthetic, pleasing finish, rather than actually case hardened. This finish has the benefit of acting as a non-reflective surface when compared to a bright silver action, making it better suited to a hunting environment. Overall, it gives a really classic and classy look to this shotgun. Also, it looks like Yildiz has chromed some of the exposed internal metal parts and surfaces. I guess this has been done to add protection in the Wildfowling arena.

As stated before, Yildiz does pull the high-grade walnut stocks out of the bag for their guns. The forend is 10.5” long and has a full grip with a nice semi-Schnabel tip. Plus, there is a blued release lever and the usual laser applied chequering, which was very good to be honest, with a large overall coverage of the walnut.

The rear stock looks great, with an oiled, gloss finish. Full of colour and figuring, it really looks the business when combined with the colour case hardened action. There is a small amount of cast, an upright pistol grip with no palm swells and a very good comb height. This helped me achieve good eye alignment along the 7mm rib on top of the barrels. Despite its magnum status, the Wildfowler has a slim, well-made rubber recoil pad, but some softer material would be nice, especially considering the stiff loads that will no doubt be used.

So, with a choice of 28 or 30” barrels, it would seem logical to go for the latter on this model, although the shorter tubes would make the gun an interesting pigeon decoying gun!

The barrels show a satin blue finish and the ventilated rib has 13 equally spaced and sized holes, while the central rib has 9 vents, helping to save weight and aid cooling. There is a highly visible fibre optic sight at the muzzle.

These 30” barrels are chambered for 12-gauge with 3 1/2” chambers, plus are steel shot proofed too. They are made from 4140 steel and chrome lined. Yildiz supplies you with a full complement of 5x flushfit chokes, with steel being used up to ½ choke. Two extended chokes are also included to be used with the largest steel shot loads. All are easily removed and seated with the small metal choke key supplied.

We have already said how well this Wildfowler balances, as for my frame, it shoulders, settles and points very naturally. It is quite light for a gun of this type, despite having a steel action, and even with stiff 36-gram loads, you do notice it.

I only had one true magnum round, which was a Remington 3 ½” Premier High-Velocity Magnum load. It shoots a full, 56-grams of No. 5 copperplated lead shot at a high velocity of over 1300 fps from the 30” tubes. With the ½ choke (flush fit) fitted, we had a total of 291 pellet strikes on the pattern board, with 141 inner strikes and 150 outer hits. Normally, No. 5 shot from a standard 12-gauge can be a bit sparse, but no such thing here. Overall, very good coverage and an even spread over the 30” board. However, recoil was quite noticeable!

I use Eley’s Alphamax quite a lot for squeaked-in foxes, and the 2 ¾” case with a payload of 36-grams of BB shot was actually quite pleasant to shoot when compared to the 3 ½” load. Again, good coverage that was centrally placed, with a total of 79 BB strikes. There were 50 outer hits and the remaining 29 pellets were clustered in the inner 15” sector.

Hull Steel Game loads are always very good, and their 70mm case with plastic wad and 32-grams of FE4 shot size achieve high velocities and tight patterns. This is a mild load to shoot in this Yildiz Wildfowl, producing a lovely, consistent and even spread of shot. This is no doubt down to the barrels, which are obviously very uniform. We counted a total of 179 strikes on the board, with 80 inner strikes and 99 outer hits, so again, quite a uniform distribution. Very good.

I also tried some Hull Solway Steel, which is a 3” steel shot loading and safe to use in this Yildiz as an alternative to the larger 3 ½ inchers. You get 36-grams of FE1 shot size loading, so good for geese. From a ½ choke, I had a total of 94 pellets on the pattern board, with a few gaps in the central sectors, which showed 38 hits. The remaining 56 pellets were in the outer sectors. Still a good, tight loading.

Finally, the Winchester Blindsides, which use a 3” shell containing 38.98-grams of No. 3 hexagonal shot. It’s expensive ammo and shot rather patchy patterns to be honest, with 134 total hits distributed with 40 inner and 94 outer strikes. It recoiled a fair bit too!

Overall, a shotgun that produced some very good patterns and certainly a gun I would use for geese in Scotland.

This has to be the best value 3 ½” over and under Wildfowler on the market today. Yildiz continues to show us that they are at the top of the Turkish shotgun game, especially when you take price and quality of manufacture into consideration. At the price they go for, it’s money very well spent.