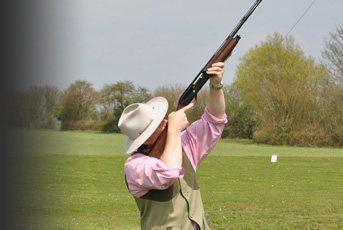 It’s no secret that I’m a sucker for a good semi-auto, I have always believed them to be much under-rated guns and others seem to be catching on now. Some of my dealer friends tell me they are accounting for an ever greater proportion of their mid-market sales these days! For the record and because I can’t resist a digression into firearms history, the first successful semi-automatic, was the Browning A5 (AUTO FIVE) which appeared about 1900. It used long-recoil action where the barrel and bolt stay locked together and recoil into the receiver for the length of the cartridge. Next came a modification of this - short recoil and doubtless inspired by the gas-operated rifles of WWII, gas/piston-operated shotguns soon arrived on the scene. The Remington 1100 set the standard; well-engineered and soft-recoiling, the baton was taken up by many others including Beretta with their excellent 300 series guns, which regular readers will know I greatly admire.

Most modern semi-automatics use gas/piston operation like the Remy and Beretta, but one notable exception is the Benelli as tested here in small gauge form. It has a most intriguing action, as it does not bleed off gas from holes in the barrel to work a piston running beneath it as the majority of semis do. Instead it operates in a unique yet simplistic manner that uses the combined yet separate forces of recoil and inertia. The bolt shows a two piece build with a heavy carrier and cam path that mounts the twin-lug, rotary bolt head with its integral cam follower it locks into the fixed barrel. On firing the recoil energy pushes against the bolt, but cannot rotate it to unlock, this gives a dwell time for the cartridge to fire and the shot leave the bore.

The recoil energy is then transferred to the bolt carrier and overcomes its inertia moving it rearwards and in doing so via the cam and follower rotates the bolt head out of battery, unlocking the action. The bolt assembly then moves back against the return spring to extract and eject the fired case then is pushed forward to feed, chamber and relock. It is an elegant and simple system and one that has made the Benelli name very popular. They have slightly modified this system in their new Vinci semi, which I looked at a few months ago.

What about our test gun – the 28-bore, Benelli Raffaello Crio? It is a sweet little thing weighing but 5lb 3oz with its 26” barrel. It has a wooden stock and is available in no other form other than as tested. This is no bad thing, because it is a little corker. It costs a bit under £2000, which is not cheap! But the Remington 1100 28 bore semi, which I believe to be the only opposition, is just over 2K though an equally delightful and petite design. I have given the game away on first impressions. The Raffaello, though offering a modern and efficient mechanism, has classical looks with a nicely proportioned, well figured and exceptionally well finished stock. There is nothing gimmicky about it and it is not over-styled and gets my approval as a result.

Apart from the action, the gun has several interesting features. The rib is made from carbon fibre making the barrel as light as a hazel wand, on the rib is a mid-positioned bead and red fluorescent front sight; I am not especially fond of these very bright types! The stock is walnut and the figuring is pretty good and is applied by a technique Benelli call their ‘Elegance System’, which not only enhances the grain but makes the timber weather-proof too. It is appropriately named as the wood looks very good when treated in this manner.

The barrels and chokes are all very well presented. Blacking is really good; certainly a cut above the average seen today and the chokes are beautifully machined. The really interesting thing is that both barrel and chokes have been subjected to cryogenic freezing – once touted as the way we could all live forever. Remember? The idea was that you were frozen at death and then might be defrosted when advances in medical science might mean you could be revitalised in the manner of Frankenstein’s monster.

Well, the Benelli version is to subject barrel and chokes to -300° Fahrenheit, which affects the molecular structure of the metal apparently, which amongst other things improves the surface finish making it slipperier. Plastic and lead are less likely to stick to the bore as a result. Will it make much difference in the real world? I have no idea yet, but give me a few years to test it!
I have mentioned the recoil/inertia operating system which has the advantage of relative simplicity. When you disassemble the Benelli you realise how brilliantly un-cluttered the design is. There is very little under the barrel when the forend is taken off. This gun is supremely easy to strip and reassemble as a result. Probably the best semi-auto that I have yet encountered in this respect.
The receiver is in two parts with a sparsely decorated, black anodised, high strength, aluminium alloy lower and a tubular steel upper. Their Super 90 and M1 and M2 models differ here with a one-piece alloy receiver, though the mechanism is identical. The major departure is the new Vinci has a completely different design where the lower receiver and forend are made from polymer and contained both trigger assembly and magazine tube.

I had a really good time playing with the Raffaello and it was a lot of fun to shoot. Recoil was not especially light, but nor was it any great problem with 21 and 24 gram loads and functioning was perfect. The trigger had a bit of creep, but, the handling qualities were super. The gun came to the shoulder effortlessly and unlike one of its stable mates I was recently testing, shot naturally to where I was looking. I put this down to the flat rib design which is always my preference. I am not going to pick as I liked this little gun a lot, but it would be interesting to have a longer barrelled version. The stock was only just over 14 3/8”, but that did not seem to be an issue, though my preference would be for something longer. This could be a good gun for a youngster because of the reduced frontal weight and would be great in a pigeon hide (if you can afford the cartridges), but, most of all, its reason for being is fun.

We Reckon
A really sweet little gun
Handles beautifully
Wonder how it would shoot with a longer barrel?