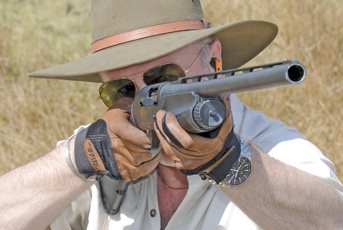 Ask anyone who knows me and they’ll all tell you the same thing. The day I sold my own Benelli M2 ComforTech was one of the worst moves I ever made. Reason being is that my Benelli M2 still rates as one of the best 12-bore semis I ever owned, a gun that personified the Benelli reputation as one of the most reliable, durable, dependable all-round shotguns available. If further proof were needed, even the teenaged under keeper who bought the M2 off me couldn’t break it… and take it from me, that lad could destroy anything.

If M2’s had a problem it tended to be the price, even these most basic of Benellis weighing in a considerable lump more than other makers’ working man’s shotguns. Well it would seem Benelli have eventually woken up to this state of financial affairs and come up with the M2 Essential, a stripped back, bare bones 12g that has eschewed what little frills the ComforTech version came with and believe me there were little if any fitted to the supposedly better version.

With the Essential it’s more a case of what you don’t get than anything else. Gone is the obscure, won’t stand up plastic travelling case, a more than sensible move since most semis once assembled rarely if ever see a case. Likewise, all you get is one choke tube namely a ½. And although extra Benelli Crio tubes are readily available usually for around the £48 mark, if you think about it all you actually need is ½, the cost of extra chokes rather souring the back to basics ethos.

Load up with non-toxic and it becomes a tight ¾ and if you need a fast, wide spread, any good fibrewad load will effectively open it up to a tight ¼ or there about. Apart from the gun, choke and some stock adjustment shims the only other extra you get is the biodegradable container better known as a cardboard box. But as you’ll very soon learn, an M2 Essential fitted with a flush fit ½ is all you actually need for virtually any situation.

And it’s the rim of the ½ choke along with the polished rotating head of the famous Benelli two-piece bolt you have to thank for adding some highlights to this M2, since apart from these small flashes of brightness everything else is most definitely black.

Starting at the butt, a ¾” thick honeycombed, soft rubber, rounded heel recoil pad that to a far greater degree than might be expected makes an extremely effective substitute for the now absent ComforTech expanding chevrons and comb insert. The stock itself is constructed from Benelli’s usual Technopolymer material and as always is one of the best full sized, comfortable and proportioned synthetic sporter stocks you’ll come across, the moulded stippled grip a good hand filler with palm swells, angles and degrees of radius that once again emphasize the fact that a human with brains and an appreciation of shotgunning sat down and designed it.

All that remains is the forend, the stippling echoing the grips whilst the deep finger grooves that run along either side add to the secure hold, an oversized magazine cap keeping the M2 securely held together. A point in respect of the forend is that it and the barrel must be mated together before trying to assemble the gun, the large barrel ring first located in the forend before the two pieces are offered as one up to and into the receiver, the long barrel extension acting as a guide to mate the whole together.

One of the most efficient of its type, nothing clacks to and fro like a Benelli bolt or spins out the spent cases with such regular, steadfast efficiency, the bolt’s extended ‘Rat’s Tail’ plunging into the rest of the recoil system located within the stock. The only other receiver detailing is the small bolt-release located just below the ejection port along with the cross-bolt safety located in the rear span of the trigger-guard, the short chromed bolt latch on the right of the guard and the black blade situated as far back as its physically possible to locate it.

Finished with a black anodised coating and chrome lined to ensure there isn’t a load you can’t safely discharge, the 3” chamber, 28” barrel is more than able to cope with some of the most potent cartridges available. The tube is topped off with a 7mm vented rib complete with a small red bead, the last 2¾” of the barrel flaring ever so slightly to accommodate the long Crio choke tube. Whilst the rib might look conventional it actually isn’t, the design holding a distinct visual clue as to how the Essential shoots and as to why in the first instance those new to Benelli have to take a little time out and get used to the gun.

Initial mounting of the M2 gives the preliminary impression that the gun will shoot flat. But fit an Arrow Laser Shot or fire the first round and the fact that the gun doesn’t shoot to point of aim becomes instantly apparent. Ramping up just after the chamber, the rib sits on tall stanchions that decrease in height as they and the rib extend towards the muzzle. This means that the sight picture is actually fictitious, the rib and eye telling the shooter the gun shoots flat whereas a study of the M2 in profile straight away tells you that the barrel actually points upwards, directing the shot above the target.

Dimensionally the M2 Essential has been designed to fit the average shooter. Weighing 7lbs 4oz and 48¾” in length, the gun offers a comfortable 14 3/16” length of pull, an average trigger weight of 6lbs 4oz with drops at comb and heel of 11 1/16” and 2¼”. Similarly, even though the ComforTech recoil reducing system has been omitted, until you drop the hammer on a big 50gram load, there is no difference whatsoever between shooting the down spec Essential and the slightly better version. Why I hear you ask? Well I’ll tell you, the reason being that when it comes to getting angles, lengths and every other physicality of a semi-auto as near perfect as they can be, nobody does it like Benelli. Please note, I don’t say this to garner good favour from either Benelli or GMK, it just happens to be a fact, the M2 Essential is just as comfortable to shoot as any of their other 12-bore shotguns.

Due to the higher placement of shot than might be expected, my first outing with the Essential was less than auspicious, just over fifty percent of the clays breaking to the 28gram charge of Eley VIP Sporting shells. A couple of days later and with time to mentally evaluate and therefore adjust to how the M2 went about things, two round of Bond & Bywater’s evening sporting resulted in scores in excess of ninety percent, the gun coming alive as clay after clay shattered to the Essential’s command, proof positive that shooting is as much in the mind as it is gun in the hands, what some would consider a shotgun not for them might just be a matter of fine-tuning to the physical nuances.

Ramping up the load to Eley 36grams, an early morning and late evening raid on the Huntroyde crows and squirrels proved yet again just how effective the M2 unquestionably is. Balancing directly beneath the shell lifter, the neutral handling, easily controlled weight and direction means the Essential points where you want it to when you want it to. Similarly, whilst Benelli make no great claims as to the speed of the cyclic action, it will discharge up to three rounds as rapidly as you can pull the trigger, a brief test highlighting the fact that any randomly selected and randomly loaded round from 24grams up to magnum loads all cycled through the M2 with equal efficiency, each one benefiting from the Crio choke’s excellent patterning.

At £1,125 I still can’t understand why there isn’t a queue forming around the block to buy an M2 Essential. Granted there’s a healthy selection of semis available, both gas and inertia powered, many of them for less than the price of the Essential and just as good. But once you’ve shot with a Benelli, got used to how it shoots along with the distinct feel and handling, you’ll be hooked. I’ll admit that over the years I’ve come across other shooters that have owned Benellis and parted company with them for a variety of reasons – just as I did myself. But those who claim they couldn’t shoot with one, or for some reason didn’t particularly like their gun, often tend to be the sort that can’t especially shoot with anything.

For those who have the appropriate slot on their ticket, converting an M2 into a Section 1 is simple, quick and effective, whilst those who like the looks and handling of the full blown military spec M1 and M1 Tactical shotgun can easily replace the M2’s standard stock with a tactical version.

Whichever route you take with an M2 Essential, what you will have is one of the most robust, efficient and dependable semi-autos you’re likely to ever own, a shotgun that delivers each and every time you pull the trigger. Be it as a keeper’s gun, a wildfowling piece, a vermin controller or a clay breaker, a 12-bore semi of the Essential’s quality all in for just over a grand has to be a winner, something Benelli are past masters at producing. GM