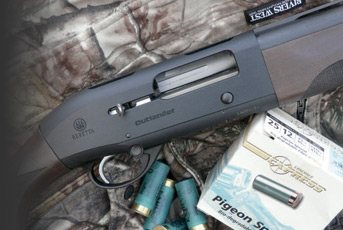 When it comes to modern gas operated semi-autos you won’t come anywhere near Beretta’s 300 series, a style of single-barrel shotgun that’s sold in hundreds of thousands around the world. The original designs such the 303 and 391 models were robust and reliable, relatively simple, easy to service and maintain and most of all it’s a Beretta, a name and logo that ensures each and every one of them - irrespective of age or condition - is still desirable. But whilst developments in technology and materials have allowed Beretta to take great strides in what they can build into a semi -auto there is, for a variety of reasons, still a demand for a no frills, no nonsense gasser that bears the Italian maker’s name.