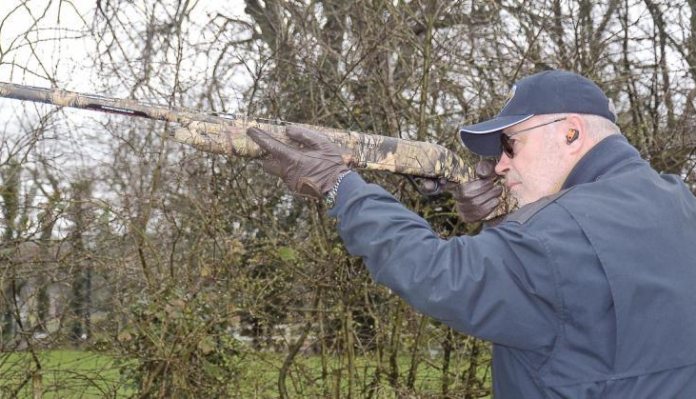 When Browning decided to update their Winchester SX3, it stood to reason that the newly revised version would be called the SX4.

Well, it is, but apart from a few improvements and a smaller price tag please read SX3, since basically that’s what it is. That said, there was and still is hardly anything wrong with the now outgoing model, numerous shooters highly delighted with their Winchester’s performance.

As with all the previous models, the Portuguese built SX4 can be had as the Mossy Oak Break-Up as tested, black Composite and Field with the wooden furniture. Similarly, the SX4 can be had as a 3-shot as standard, or a Section 1 5-shot, along with a choice of three barrel lengths, namely 26-, 28- and 30-inches, which all come with a set of extended, flush-fit multi-chokes. Where the SX4 differs is in Winchester’s, or ultimately Browning’s, desire to both update the SX3, improve certain features and reduce the overall price.

Delivered in the now familiar plastic travelling case that, like most semi-autos, the gun will only see when it’s new and perchance the owner elects to trade it in, one of the differences is what’s not in the case. To reduce costs, the stock shims have been deleted, which means that if the SX4 doesn’t fit you when it’s new, you now have no means of adjusting the stock to fit. This purposeful omission has apparently been noted and the shims should start to appear once again.

The next improvement is the thick, absorbent, soft rubber Inflex recoil pad. Working on the theory that all SX4s, especially the Mossy Oak will be fed potent loads, the addition of the new pad significantly reduces what little recoil the previous gun actually generated, the end result being a 12g you can now hardly feel going off. Narrowprofiled, the stock leads into a slender, open radiused and stippled grip, the two benefits being that the gun remains fluid within the hands, whilst the wearing of thicker, winter gloves doesn’t bulk up the grip to unacceptable levels.

The same profile as its predecessor, the alloy action still features the same wide ejection port and extended loading gate. Where the improvements have been made is in the increase in size of the bolt cocking handle, a now far larger bolt release, the now oversized black trigger guard and blade and the bigger, squarer cross-bolt safety that sits in the rear span of the guard. Far easier to locate and deploy barehanded; once again, these fitments have been improved for those wearing gloves.

Nice and low, the action still houses the now familiar single-claw rotating head bolt, this time-proven design one of the most highly efficient of its type. Interestingly, small bolt improvements brought in for the SX4 have been retro fitted to the remaining supply of SX3s, should you still be considering the now previous model. And whilst Winchester don’t make any particular noise about it, in conjunction with the gas system, you’ll struggle to find a more efficient or quicker system, be it cycling, the ejection of the empty cases, or the feed of the next live round from the magazine tube. Similarly, the simple gas valve sits over the magazine tube holding the slide in place, the design extremely easy to keep clean should this rare occurrence ever take place, semi-autos notorious for being neglected apart from the occasional squirt of oil and a pull through.

Locating into the action via a long barrel extension, the twin port exhaust system located within the barrel ring, the 28-inch version as tested includes a nicely anodised finish, this time in full camo and a 6mm wide vented rib sat on low stanchions, a neat white bead and a gentle muzzle flare to accommodate the chokes. All that remains is the forend, twin vents at the front allowing excess gases to escape, stylised panels of raked grooves providing the shooter’s leading hand with necessary grip.

Rounded but sensibly sized, like the grip, the forend allows the shooter to keep the SX4 moving without having to constantly alter their hold, once again encouraging ease of gun movement. Tapered but straightforward to hold, the magazine cap spins smoothly into place, a trouble-free ratchet pin maintaining tightness, forend and cap ensuring that once assembled the SX4 remains tight and reassuringly rigid.

On the low side

Sensibly weighted at 7lbs 10oz, the overall length of the SX4 on test was exactly 49-inches, with a balance point directly beneath the chamber. Length of pull was 14½-inches, with a trigger weight a fraction over 8lbs, a poundage I’ve always considered appropriate for any shotgun that’s main purposes are wildfowling, duck shooting and being used in and around a pigeon hide.

Choked up with ½ and loaded with Cheddite’s 36g Elite cartridges filled with 5s, whilst the ammo could be construed as somewhat overkill for thirty of Malmo Gun’s clay targets. The visual demonstration of the gun’s ability, the pattern quality and the fact nothing whatsoever remained of the impacted clay was impressive to say the least. The SX4 cycles as fast as the shooter can pull the trigger, the gas system flowing as smoothly as any other’s.

The problem, should it be deemed there is one, is the low comb. Mounted correctly, all I personally could see was the domed rear of the action. Conversely, one of Malmo’s staff found the new SX4 comb to be absolutely perfect for them, tangible proof that a shotgun that’s maybe not quite right for one shooter could have been tailor-made for another.

For me, personally, the correct SX4 mount was with the comb mounted against the top of my jaw. But whilst this resulted in a slightly detached feeling, it had no effect on the performance of the Winchester or the ability to efficiently direct it towards its intended target. The slim grip and nicely profiled forend allow the shooter to keep the SX4 moving all the time, the balance, handling and weight means that this 12- bore is easy and comfortable to shoot with over extended periods, a major advantage when the woodies or the mallards start coming in thick and fast, the new safety, release and handle all vast improvements.

The other SX4 improvement is the fact that even the Mossy Oak Break-Up will set you back no more than £770, the Field and Composite a decent amount less, at £725 and £719 respectively. If like my friend at Malmo Guns, the SX4 is a perfect fit, then away you go for not a lot of money and when the stock shims make a welcome reappearance, Winchester’s new SX4 will fit virtually any and every shooter. If you’re unsure, go find your nearest dealer and give an SX4 a go, you’ll probably be pleasantly surprised, irrespective of the comb height.

With thanks to Malmo Guns for the provision of the 36g Cheddite Elite ammo and unlimited access to their private clay layout.