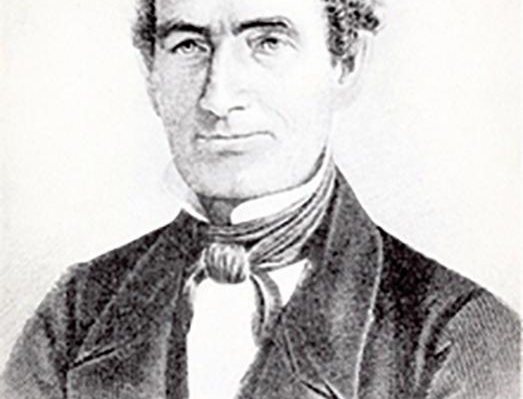 Cited as the oldest surviving American gun-maker, Remington can trace its history back to 1816. Since then the company has manufactured some of the finest and most memorable handguns and rifles ever produced.

Perhaps one of the attributes of the ‘great guns’ is that they are often copied by other makers, and even today a number of 19th century-style Remington firearms are still being produced by the European firms such as Uberti, Pedersoli, Pietta and, more recently, Palmetto Arms.

History is littered with characters whose stories are built around a mixture of truth and fantasy, and often it is difficult to separate the two. The story of Remington’s beginnings reads like it could have been written for a children’s storybook. It is said that young Eliphalet (pronounced E-life-a-let) Remington’s father refused to buy him a rifle, so he set out to make his own. He used scrap iron to forge a barrel in the family blacksmith shop close to Ilion, New York, and then walked 15-miles to Utica where he asked an up and coming young gunsmith named Morgan James to do the rifling. James was so impressed that he also gave young Remington a lock and helped him mate it to the barrel. Returning home, Eliphalet soon made himself a stock to complete the rifle, which it is said looked and shot so well that there was soon a queue of customers wanting a rifle made in the same fashion. It was not long before Remington Senior was working alongside his son to meet the ever-growing demand, and the small forge was quickly out grown as new machinery was brought in or made on-site.

A more detailed version of the story has Eliphalet Jnr. entering a local shooting match with his homemade gun and placing second among the best shooters in the county. The winner asked to try the Remington rifle and, shooting better than he had with his own gun in the competition, promptly ordered a barrel. Other competitors were suitably impressed and before the afternoon was over Eliphalet Remington was in the gun business.

However much of this legend is fact, there is no doubt that, from their humble beginnings in that small blacksmith’s shop, Eliphalet Remington Snr. and his son started what was to evolve into one of the major players in the firearms manufacturing field.

At first, Eliphalet Snr. and his son made complete rifles on a bespoke basis for individual customers, but they soon realised that there was also a market for barrels alone, and other gunmakers began fitting Remington barrels to their own products. It was obvious that the small shop was not adequate for the expanding business and in 1828 they moved to new premises in Ilion, on the banks of the Erie Canal. That same year Eliphalet Sr. had a tragic accident when, on the 22nd June, he fell under the wheel of a wagon loaded with timber and died five days later. Young Eliphalet carried on and the following year a second forge was installed to cope with the ever-increasing business.

The major portion of their output was to other gun-makers and it is not unusual to find parts bearing the ‘REMINGTON’ marking on these products. When Eliphalet Jnr.’s son, Philo, entered the business the name was changed to E. Remington & Son. Their first break, as far as mass production was concerned, came when John Griffiths of Cincinnati failed to fulfil his contract with the Government to produce 5000 Model 1841 percussion rifles, and it was awarded to Remington. This was followed by a second contract for 7500 of the same model and then a contract with the US Navy to produce the Jenks carbine. When the third contract for a further 7500 Model 1841 rifles was secured, the company could really say it had made the big-time.

Manufacturing facilities were expanded and two more of Eliphalet’s sons – Samuel and Eliphalet III – joined the business and the name now became E. Remington & Sons, and in 1857 they introduced their first handgun, the Beals Pocket Revolver, the first of a great variety of pistols to bear the Remington name.

Eliphalet Jnr. died in 1861 and Philo took over the presidency, and when Samuel died in 1882 Philo assumed full management of the company, but by 1886 they were in financial trouble and went into receivership. The business was acquired by Hartley and Graham of New York, who also owned the Union Metallic Cartridge Company of Bridgeport. H & G changed the name to the Remington Arms Company, which remained in force until 1912 when, merging with the Union Metallic Cartridge Company, it became Remington- UMC, which lasted until 1934. The final name change, to Remington Arms Company, Inc., remains in force to this day.

Throughout their history, Remington has probably produced a greater variety of firearms than any other manufacturer. Although they are, today, best known for their rifles and shotguns, in the 19th Century they turned out a plethora of handguns that will keep the most avid collector satisfied, from the diminutive .17-inch Vest Pocket pistol to the .50-inch calibre single shot Navy pistol, and everything in between. The derringer range alone includes single, double, four and five barrelled models. The most famous of these is undoubtedly the over and under Double Derringer in .41 rimfire, produced from 1866 until 1935, with an estimated total of over 150,000 being manufactured. The Smoot models are another favourite among collectors, and these, together with the New Model No. 4 accounted for around fifty thousand pistols. Their best-known percussion pistol is indisputably the New Model Army, often called the Model 1858, which was the second most popular handgun used in the American Civil War.

Their foray into the large calibre cartridge handgun market was with the models 1875 and 1890, but they were no match for the established Colt Single Action Army. During World War II they were contracted to produce the Colt 1911 pistol and I believe the only handgun they have made since then is the XP-100 single shot, bolt action pistol, chambered initially for the .221- inch Remington Fireball cartridge.

When it comes to historic rifles, almost everyone will have heard of the famous Rolling Block, the rifles which really made Remington a household name. Produced in large numbers and a great variety of calibres, in both military and sporting versions, they were still being turned out in the early years of the 20th Century. Around 1880 they began producing a tubular magazine, bolt action rifle in .45-70, the Remington-Keene, and at the same time started on the Remington-Lee box magazine bolt action rifle in the same calibre. Produced principally for export, over 100,000 of this latter model were made. In 1914 the British ordered one million Enfield rifles from Remington and the production facilities were geared-up to produce a maximum of 2000 rifles per day. In 1915, the Russian Army ordered one million rifles but the contract was cancelled due to the Russian Revolution, costing Remington millions of dollars in lost investment, not to mention rendering a great part of the workforce unemployed.

Even a cursory look at the number of sporting rifles produced by Remington would take up far more space than we have here. They have furnished the sporting market with single shot, bolt action magazine fed and semi-automatic models to suit every occasion, from .22s for the fun shooters, to big bore examples taking out the largest of the game animals. Many will remember the revolutionary rimfire ‘Nylon 66’, with its plastic stock introduced around 1959. In 1962 the model 700 arrived and is still around today. The beautiful XR-100 Rangemaster single shot target rifle is based around the action of the old XP- 100 pistol. Current rimfire models cater for fans of the bolt action, slide action and autoloaders in a variety of styles and finishes. In short, Remington produces rifles for all occasions and to suit every type of shooter, except perhaps those who are involved in Cowboy Action events. If you cannot find a rifle in the Remington range to fill your needs then perhaps you should take up fishing!

In the mid-1870s the company began manufacturing shotguns, initially offering shotgun/ rifle combinations, and have continued to the present day. They offered their first autoloader – the Model 11A – in 1905 and today the Model 11-87 is still a favourite choice. The veritable 1100 has been around for over 40-years, yet still figures high on many shooter’s lists of great guns. Alongside their own quality weapons, Remington now offer SPR shotguns, a ‘budget’ range imported to the USA from Russia, including single shot, side-by-side, over & under and automatic models.

Since their merger with UMC over 90-years ago, Remington has also been a major player in the manufacture of ammunition. Today the Remington brand can be found on a very large range of complete ammunition and components, including cases, bullets, primers and percussion caps. A range of cleaning accessories is also among their products.

Remington knives have also been a favourite among collectors for many years and fans of the marque can purchase many licensed products bearing the company name, from clothing to ATVs.

Over the years, Remington have tried their hand at a variety of products including industrial tools, bicycles, typewriters and sewing machines, but now concentrate on what they do best – making fine firearms and ammunition.

In 2004 Remington had 2400 employees and their total sales were $393 million. They were the top US seller of rifles and ammunition and number two, behind Mossberg, for sales of shotguns. Interestingly, 20% of their revenue came from Wal-Mart. Just don’t expect to see firearms for sale in your local Asda!