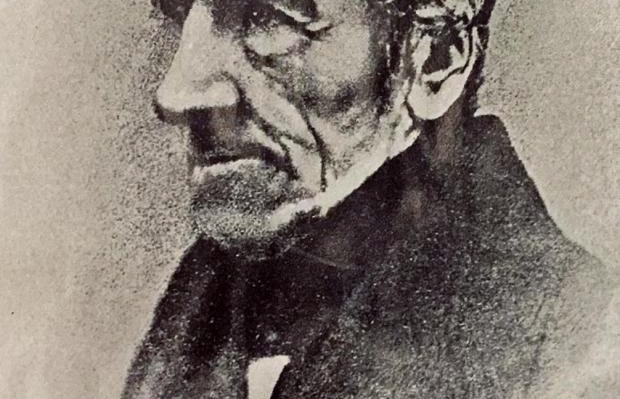 At the age of 23, Alexander Forsyth succeeded his father as minister of Belhelvie church in Aberdeenshire. Like a great many men of the time, he enjoyed shooting, not only as a sporting pastime but also, as he was probably poorly paid, to put a little extra food on the table. His prowess as a hunter was not as he would have liked and he eventually put this down to his flintlock fowling piece. He reasoned that sitting birds could see the flash of the powder in the pan, which gave them just enough time to evade the shot before the main charge went off. His first recourse was to try and design a hood for the lock but this came to nothing. What he needed was a speedier form of ignition.

Some years earlier, English chemist Edward Howard had stumbled upon mercury fulminate, formed by dissolving mercury in nitric acid and adding ethanol to the solution, a substance that is highly sensitive to friction, shock and sparks. Forsyth’s interest in chemistry would have made him aware of this discovery, so he decided to try this in the pan of his gun as an alternative to the priming powder. The results were not as he had hoped, the fulminate burning too fast to ignite the main charge. Undeterred, he set up an experiment with a heavy metal tube, enclosed at one end and with a touch hole drilled near the base. A pan was fitted adjacent to this hole and the mercury fulminate was laid in the pan. A blow with a light hammer was enough to ignite the fulminate, which in turn set off the powder that had been loaded into the tube. Realising that this was probably the solution to his problem, he set his mind on developing it further. All he needed now was to confine this substance, so that its power could be directed into the barrel of a gun.

One imagines that he spent many hours burning the midnight oil before he came up with the solution, a rather ingenious little contraption that not only solved his ignition problem but also sped up the priming operation.

Forsyth had a working example of his new contraption in 1805, named the ‘scent bottle’ lock, because of its shape, which replaced the pan and frizzen on a fouling piece. This bottle held around 20 charges of the fulminate and rotated on a plug in the barrel incorporating the touch hole. When turned upside down, a small amount of the fulminate flowed into the plug, which was then separated from the rest when the bottle was turned upright. A spring-loaded striker in the end of the bottle was struck by the hammer, igniting the fulminate and ignition of the main charge in the barrel was almost instantaneous. A safety plug at the base of the bottle would blow out in the event of an accidental discharge of its full contents.

Extensive testing on the local sea shore must have obviously increased his tally of ducks, to such a degree that he felt that his invention was worthy of further development and in 1806 he took it to London, where he interested the Master of Ordnance, Lord Moira. He was persuaded to spend a year at the Tower of London trying to bring the lock up to a standard that would satisfy the military. Several examples were made but at the end of the year the lock was still deemed unsatisfactory for hard military use and Lord Moira’s replacement told him to leave and “take his rubbish” with him.

Nevertheless, Forsyth had faith in his invention and on April 11th, 1807 was granted a patent for his lock, using fulminate as a priming compound for firearms. The patent was so carefully worded, so as to stop anyone else from making a lock using percussion. He was successful in defending his patent on many occasions, before its expiry in 1821.

In mid-1808, he set up business at 10 Piccadilly in London and employed James Purdy to manufacture the first true percussion muzzle loading arms. It was a simple matter to convert flintlock guns to the Forsyth system and this proved to be a good money maker. The company, Alexander Forsyth & Co., soon established a reputation for quality products, not least of which were some fine duelling pistols. Purdy, of course, would go on to make a name for himself in the quality gun business.

The inventive mind is never still and in 1813 Forsyth came up with an improvement to the scent bottle arrangement. This was a sliding fulminate container which, as the hammer is cocked, is drawn over the pan and a small quantity of the fulminate is deposited adjacent to the touch hole. This system is to be found on more examples of Forsyth guns than the scent bottle.

In 1807, the French gunmaker, Jean LePage, developed a similar system to Forsyth’s but was not taken up, probably because of the patent. It is said that Napoleon offered Forsyth £20,000 for the use of his invention but that, in true patriotic style, he refused. It seems that, although he was turned away from the Tower in 1807, the military may have made use of the latter Forsyth type of primer without actually crediting him. For many years he sought recompense through his lawyers and was finally granted a modest pension. The first, and last, instalment was paid on the day of Forsyth’s death, 11th June, 1843.

The percussion cap, as we know it today, is a direct descendent of the Forsyth lock and was patented in the USA in 1822 by Joshua Shaw. British gun maker Joseph Egg lays claim to its invention, as trade labels in his 1820’s cased guns state “the inventor of the copper cap”.

Regardless of its inventor, the seed was sown by Alexander Forsyth and the humble percussion cap has served shooters for almost 200-years, and looks like being around for a long time yet.