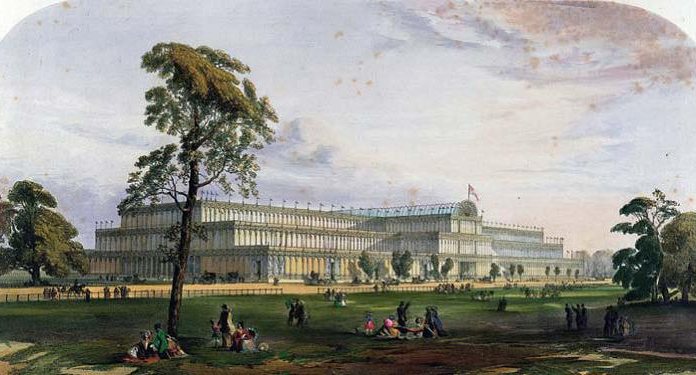 In August 1830, 16-year-old Sam Colt set sail from Boston on a return trip to Calcutta. To the dismay of his father, he had earlier dropped out of school with a desire to make his way in life without wasting time with books that, after all, did not teach him anything he wanted to know. So, his father, Christopher, came up with plan B. If Sam wanted to “paddle his own canoe”, then perhaps a career as a mariner might give him the opportunity to become rich. Not wishing to disappoint the old man a second time, Sam reluctantly agreed and was apprenticed aboard the brig Corlo, under the command of Captain Spaulding.

It is suggested that the ship called at London either on the way to Calcutta or on the return trip, and that young Sam, with his interest in firearms, took the opportunity to visit the Tower of London. While there he would doubtless have taken an interest in the Collier flintlock revolving pistol. There is in existence a wooden model of a hammer and cylinder, said to have been carved by Colt while at sea taking inspiration from the operation of the ship’s wheel and how it could be locked in position. Whatever the origins, Sam returned to America with a basic idea of what he wanted to make. The story of Colt’s firearms empire is for another day, suffice to say that his first patent was taken out in London in 1835.

The brainchild of Queen Victoria’s consort, Prince Albert, the Great Exhibition of 1851 was conceived to promote the products and might of the British Empire, but was subsequently opened up to worldwide participation. A large iron and glass structure, the Crystal Palace, was constructed in Hyde Park and the exhibition was opened on 1st May 1851, by the Queen.

By this time Colt, was well established in the USA and was among the major foreign exhibitors in London, well aware of the potential business opportunity in Europe. His products were well received, with the Royal Navy procuring eight Dragoon revolvers in June of 1851, for military trials, at a cost of £6.10 each. Four of these were sent to the Tower of London and as late as 1988 three of these were still there, apparently unfired. Several weeks later, another 25 revolvers were purchased for the officers of the 12th Lancers, soon to be heading for South Africa. A request from Colt to be allowed to sell to private individuals was approved by the Treasury with a stipulation that if the weapons were to be shipped out of the country, they could be sold duty free; otherwise, Colt would have to pay duty for all guns sold in England. Many British Army officers took advantage and armed themselves with a Colt revolver before heading off to foreign shores. All arms that were left over when the Great Exhibition ended were allowed to be shipped to South Africa to be offered to the commanding officer of the British troops stationed there. They would be sold at the same price the American Army and Navy were paying. By the time the exhibition closed in mid-October, Colt felt that there was a real opportunity here and was already making plans for a production facility in England. Later that year he began importing complete revolvers and finished parts for revolvers from his factory in Hartford.

In late November, at the invitation of Charles Manby, its Secretary, Sam had made a presentation to the Institution of Civil Engineers, on the manufacture and use of his repeating arms. The success of the talk convinced Colt that he had a future in England. With the help of Manby, Colt acquired a lease on rooms at 1 Spring Gardens, Trafalgar Square, to act as a working base and hired Charles F. Dennet to act as his agent. Dennet’s task was to secure orders for the American made guns and arrange importation to England, while Colt and Manby set about looking for a suitable location for the proposed factory.

Although Birmingham was the centre of the English gun trade, and close to Sheffield where Colt would be purchasing the steel for firearms manufacture, Sam favoured London as the site for a factory. It was more convenient for doing business with the continent of Europe, had a larger labour force and, more importantly, customs and shipping facilities. It was not long before a suitable building was located.

On the North side of the river Thames, close to Vauxhall Bridge, in Bessborough Place, was a large, three-storey building owned by the Government. At over 300 feet long and built entirely of brick, the structure was used to store castings for the building of the New Palace of Westminster – the Houses of Parliament. Located as it was, right on the river, it offered excellent access to the numerous wharfs for the transportation of raw materials. Sam asked Manby to begin negotiations with the Government for the acquirement of the property, which he did in early December 1851.

Towards the end of January 1852, Sam Colt headed back to America, confident in the knowledge that his affairs in England would be handled satisfactorily by Dennet and Manby. While Dennet continued to import complete arms from Hartford, selling them as fast as Colt could send them, Manby began the long and arduous task of negotiating with government departments.

The first stumbling block was the proposals made by Colt and Manby to make alterations to the property to make it more suitable for their needs. Just as today, planning departments seemed to have only one speed – slow. A change of Government did not help and by April, Colt was becoming disheartened with the whole affair, and contemplated cancellation. Manby assured Colt that everything would soon be in order and was allowed to place an order for a boiler and engine with Simpson & Company of Pimlico.

On 1st May 1852, approval of the lease of the property was finally forthcoming and Manby wasted no time in telling Colt, but it was still another month before they were promised possession. The plans for alterations had been accepted and rent for the building, on a 21 year lease, was set at £255.50 per year, with Colt to pay sewer rates and taxes and to insure the property for not less than £4000. Sam was overjoyed and began making preparations to return to England with the first of the American workmen, along with machinery, expecting the go-ahead from Manby within days. The days turned to weeks and it was late August before Manby informed Sam that much of the work on the building was complete, but the delay was with Simpson’s in the manufacture of the boiler and engine. Finally, it was decided to tell Colt to pack up and make the trip, and he set sail from America on 2nd October 1852, with the ship arriving in Liverpool on the 13th. The men stayed overnight in Liverpool and travelled by train to London next day. But the machinery, which came with them, took another two weeks to reach the capital.

Sam wasted no time in getting to Bessborough Place and on arrival was furious at the state of the engine and refused to pay for it, saying he would rent it instead. Simpson’s refused and the matter dragged on until early 1853.

Meanwhile, the skilled American workers that had arrived with Sam, were setting up the machinery from Hartford and production of the first small parts began using the “unsatisfactory” engine, but progress was slow. Any improvements or alterations to the building had to go to planning authorities and that added more time.

To make matters worse, the Americans were not too impressed with the English workmen, with one, Jabez Alvord, in a letter to his brother back in America, stating: “These Englishmen are awful thick-headed and don’t catch at the way of running a labour-saving machine very readily and it requires a good stock of patience to learn them the different dodges.”

Another obstacle presented itself in the form of the ‘mountings’ (back strap & trigger guard) on the revolvers. The American versions of Colt’s pistols were fitted with brass parts, but it was discovered that the English customers, for whatever reason, preferred iron. It took some time to overcome the problems of casting the iron parts – more time lost.

Undeterred, Colt had announced to the English press in late December 1852 that his “Manufactory” was open and on 1st January 1853 opened the order books for business, with great expectations that with this foothold in Europe he would repeat the success of his American venture.