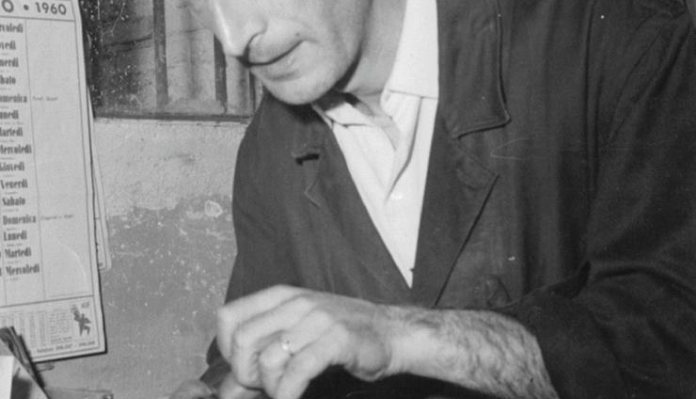 The history of firearms development is a most fascinating subject incorporating stories of new frontiers, social changes and numerous national and international conflicts. Wars have proved through the ages to be a great catalyst in the improvement of firearm mechanisms and ignition systems and as fighting ceased, the civilian market came to benefit from the new developments. There are countless names in the annals of firearms manufacturers, the vast majority no longer in business but a few still supplying both military and civilian needs after long and illustrious histories. Many of the offerings of bygone days are still around and commanding high prices in today’s collector market, and the better examples have long since been retired from the shooting range, to reside in museums and wealthy collectors’ vaults as their value escalates. Numerous others are deemed unfit to shoot and languish in lesser collections throughout the World.

The small town of Gardone Val Trompia in northern Italy, where the famed company of Beretta have had a presence since 1526, can justifiably claim to be the firearms capital of the world. Apart from Beretta, some 150 or so other manufacturers are operating in and around the town, ranging from internationally acclaimed outlets to the individual craftsman turning out less than a dozen guns a year. 90% of the guns made in the valley are exported, amounting to some $7 billion in 2018. In 2016, the United States alone imported arms worth around $395,000 from the area. While shotguns provide a substantial part of the production, a major segment today is the production of reproduction firearms, with a number of household names operating around the town.

Over the next few months, we will look at the major players from the reproduction firearms market who operate in this area, along with one or two from elsewhere.

For the devotee of old firearms who wants not only to own one or more pieces of history but also to shoot them, the situation is fraught with risk, both financial and physical. Those with the top end examples are reluctant to devalue their possessions further by shooting them, and those with the lesser examples, do not want to destroy them altogether, and perhaps injure themselves in the process. For lovers of guns used on the American frontier during the 19th century, help is at hand.

Aldo Uberti was born on June 30th, 1924, the fifth of six children, in the small village of Inzino in northern Italy. His mother had wanted to call him Renato, but his father, for reasons best known to himself, had him christened Aldo. From an early age, his family and close friends called him Renato but to the rest of the world, he was Aldo Uberti. By the age of nine, he was earning money by polishing gun stocks at home and at fourteen was working for Beretta. During World War II, he was a member of the resistance movement but was captured and spent some time in a prisoner of war camp. Shortly after hostilities ended, he formed his own business, Aldo Uberti, Srl. and made parts for larger gun manufacturers, as well as reproducing broken parts for historical guns. With a passionate interest in history, his skill and dedication in this latter venture soon brought his name to the attention of collectors who had hitherto found it almost impossible to obtain missing parts for their old obsolete guns. It was not too long before word of his talent spread outside of his native Italy. In 1959, as the centenary of the start of the American Civil War approached, a couple of American businessmen foresaw an increase in re-enactment activity and realised there would be a shortage of suitable weaponry. Uberti was tentatively approached and asked if he could produce 2,000 clones of the Colt 1851 Navy revolver if he was provided with an original Colt to use as a pattern piece. The challenge was accepted, a deal was struck, and the historyloving shooters of the USA, and eventually the world, would never again have to risk their valuable or worn out old guns. The resulting pistols were so well received Stateside that further orders were forthcoming, and the seeds of the reproduction firearms market had been sown.

From the start, Uberti concentrated their efforts on producing replicas of the guns of the major 19th century American manufacturers and, apart from a brief foray into the double-action revolver market some years ago and a sole single-shot percussion pistol in the current line-up, this has been the mainstay of their business ever since. The first few years saw them producing accurate renditions of percussion revolvers from Colt and Remington, with an emphasis on keeping their guns as close as possible to the originals with regard to design, size and finish.

From that first 1851 Colt Navy revolver, the range of percussion pistols has grown over the years to include every muzzle-loading Colt revolver of the period except one, the 1855 Roots side-hammer model. From the diminutive .31 calibre Baby Dragoon to the massive Walker model, each one is produced in at least one variation, with choices of finish, grips etc. Apart from that 1855, the one Colt model which is not currently in the line-up is the Paterson. It is some time since this was offered, possibly because of a limited take-up from customers, but it has appeared intermittently in the past, so may be available again in the future. The Uberti catalogue also includes a couple of versions of the Remington New Model Army revolver, often named the Model 1858, in the percussion section.

From the muzzleloaders, it was an inevitable step to begin making a copy of what is probably the world’s most recognisable handgun, the Colt Single Action Army, the revolver that has featured in Western movies from day one. In the first half of the 20th century, there was a glut of original Colt revolvers available and these were used by good and bad guys alike. As collectors began to realise that these pistols could be worth money and the advent of the European-made Westerns brought a revival for the genre, the demand for guns increased. Movie producers such as Sergio Leone came knocking at Uberti’s door to provide the studios with armament, and the subsequent success of the films increased demand for these products among shooters worldwide. I would think it is fair to say that, since the early 1960s, the vast majority of Westerns, both for movie theatres and television, have used Uberti for some or all of the firearms used, particularly with regard to revolvers, but also lever-action rifles in a number of instances. As a tribute to their movie success, the stairway leading to the offices at the Uberti factory is adorned with movie posters from some of the films that have used their products.

Aldo Uberti passed away in March 1998, and shortly afterwards the company was acquired by Beretta, another resident in the Val Trompia area. An injection of finances saw Uberti move into a new factory in 2002 with increased capacity and some new machinery. Probably to satisfy US safety regulations, they produced a single-action revolver, a clone of the Colt, marketed under the Beretta name. This was essentially a Uberti Cattleman with a transfer safety bar under the hammer. While the many parts are produced by machines, there is still some hand-fitting required when the guns are assembled. One machine which particularly impressed me was that which made cylinders for the revolvers. A length of cylindrical bar stock was fed into one end and approximately every eight minutes a completed cylinder for the Colt SAA fell onto a belt at the other end.

Such was the demand for their products in the United States that a new company, Uberti USA, (www.uberti-usa.com) was formed under the Benelli banner, the latter being another subsidiary of Beretta. The factory in Italy still provides all of the guns, with a number of American distributors having their own brand names rolled onto the barrels.

A large portion of the guns produced for America, namely the breech-loading revolvers, are unfortunately no longer available to the UK shooters, thanks to the pistol ban. There are also a couple of rifles available over there which are not for sale in the UK. The Uberti catalogue nevertheless offers a great variety for the British Western fans, both percussion revolvers and breech-loading long guns, the latter comprising of copies of Winchester rifles, both lever actions and single-shot models. Check out the Uberti website for up to date information on what is available or contact the UK distributor, Henry Krank who also provide a comprehensive shooting catalogue free on request.