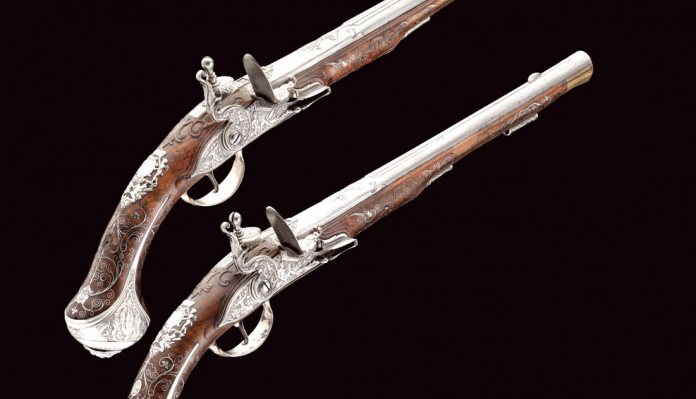 This sale included items from the Armoury of the Princely House of Hohenlohe-Langenburg, removed from Schloss Langenburg – all of the top 10 items listed below came from this source. A total of 456 lots were on offer with an impressive 88% of items being successfully sold for a grand total of £960,000 being realised.

Following the sale, Auctioneer and Expert-in-charge, Thomas Del Mar, commented: “We were delighted with the very strong result. The Armoury of the Princely House of Hohenlohe-Langenburg attracted considerable interest, selling for a total of £716,700 (including 20% premium) against a pre-sale estimate of £477,000-£615,000, with only one unsold lot. The sale included a very broad range of objects and consequently the exhibition was well attended. We were pleased to welcome a number of international collectors and dealers as well as curatorial staff from museums in the United Kingdom and the United States. Our next sale will be held in June 2015.”