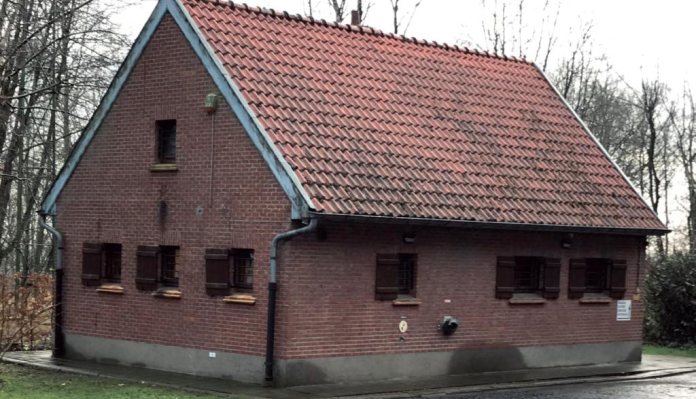 In March 1946, the author George Orwell, coined the term ‘Cold War’in a feature article to describe the growing tensions between East and West. It was picked up and used by politicians and very soon it was in common usage to describe the period between 1947 and 1991. The proliferation of nuclear weapons did nothing to ease the situation as first one side and then the other developed more powerful missiles and bombs. Incidents such as the so-called ‘Cuban Missile Crisis’ in 1962 took the world very close to the brink of a nuclear war. In response, countries began to construct special, heavily protected locations designed to withstand a nuclear blast, from where things could be controlled in the event of war.

These nuclear bunkers were built at locations such as Kelvedon in Essex and even Nothe Fort in Dorset, built in the Victorian period, had parts of its structure converted to use as a control room in the event of nuclear war. Today, some of these once-secret sites are open for the public to visit and add to their understanding of the political and military situation. These can be found in many countries, such as Belgium where an installation exists at the location of Mount Kemmel, just six miles south-west from the city of Ypres.

There was a time when the site was a closely-guarded secret and even today, visitors to Mount Kemmel are not immediately aware of the presence of the command bunker dug deep into the hill. Behind the chainlink security fence, the only evidence above ground is a small, single-storey red brick building looking rather like a holiday home than anything top secret. Walking through the ordinarylooking front door puts you at the top of a flight of stairs which descends deep into the bowels of the earth.

The bunker is a command and communication centre laid out over three levels, to descend to a depth of about 100 feet, with work commencing on its construction in the 1950s. From the very beginning it was designed to be a self-sufficient facility and over the succeeding decades it was upgraded with state-of-the-art communications. Walking down to the first level this is where visitors are introduced to the levels of security in place when the location was operational. A small display is located here to show how the bunker functioned and even at this level is unlike any defensive structure previously visited.

Making your way down to the next level, this is where things get really interesting, and you cannot but help marvel at the engineering which went into its design and construction. A pair of 100KVA generators supplied electricity to the site for heating, lighting and power for the communications. Storage for 30 tons of water was provided and along with air purification systems the site was self-contained. A fully equipped infirmary could deal with most medical situations and in an emergency dental treatment could be administered. The staff had eating arrangements and at this level, the enormity of the facility’s size began to become apparent. Indeed, it is hard to believe all this is deep underground inside a hill. A timeline display details events from 1917 through to 1991 when the Cold War was deemed to be at an end.

The site at Kemmel could not be used to order the launch of missiles, but rather was a command centre from which responses could be coordinated. Nevertheless, it still had to be protected with blast doors and air filters to continue to function in the event it should be cut off. Display cabinets show weaponry, uniform and equipment used by NATO and Warsaw Pact armies, a reminder that the front line in any confrontation would have been through the centre of Europe. Walking along the corridors you reach the main command room, which overlooks the operations centre, and with everything on the desks, it looks as though the staff have just gone for a coffee break. This is where decisions would be made during times of war and where they were practiced many times during exercises.

Back into the corridor and the stairs take you down to the operations room, where the walls are lined with detailed maps of central Europe. It is all fascinating and provides a snapshot back into the time when locations like this were mentioned on the evening news. Now we can see it for ourselves and piece together the bigger picture. Down at this level, another display shows more equipment and weaponry used across more than 50 years, while a small cinema shows film footage of the Cold War. The original keyboards and telecommunications, all looking very bulky and clumsy by today’s standards, was high-tech in its day.

The site is today deserted, but 30 years ago it would have been a hive of activity and very few people knew what was going on deep inside a hill in Belgium. It was officially opened to the public in 2009 and since that time has attracted many visitors, including the local populace who could only guess as to its purpose. Going to a museum gives an insight into the period of the Cold War, but to visit this site is to enter the period and become immersed in the experience which provides an entirely different perspective. It shows how in times of heightened tension judgement calls had to be made very carefully because one wrong reaction in response to something could have plunged the world into chaos. It is certainly something at which we can marvel and be grateful the right decisions were made.

The site has opening times which vary throughout the year and it is best to check the website before planning a visit. The number of people visiting is limited to 49 at any one time and advance bookings can be made. For full details of location and on-site facilities, the Website is at: www.toerismeheuvelland.be