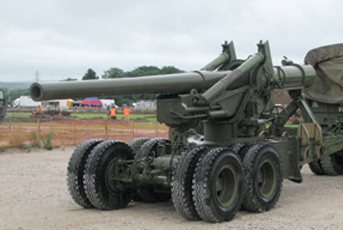 It is often said that patience is a virtue. If that is the case then military vehicle enthusiasts must be among some of the most virtuous people in the world, because they have to be very patient when it comes to restoring and maintaining an historic military vehicle.

If it were not for members of societies such as the Invicta Military Preservation Society (IMPS) or the Military Vehicle Trust (MVT) we would not have the range or numbers of the fi ne examples of military vehicles existing outside museums.

Individual owners put an enormous amount of time into researching the history of their vehicle this can take months or even years in order to get it right. Similarly, when it comes to moving large vehicles and equally large pieces of artillery to the various gatherings organised around the country, it takes great dedication and commitment. Owners can only exhibit their vehicles at a certain number of shows because of the distances involved in travelling and the expense of moving the vehicle, especially the largest vehicles.

The good news after all this hard work is that once on site at the show the owner can derive great satisfaction from seeing all the attention it draws and know it is appreciated.

Good Things Come To Those Who Wait

A couple of years ago when I visited the Tankfest at the Bovington Tank Museum in Dorset, I was prevented from taking more photographs of a Mack NO 7 Truck and Long Tom 155mm howitzer due to rain. The weather was appalling which meant photography was restricted because rain kept fogging the lens on the camera.  The best I could manage was to take a few shots for reference but not nearly enough to satisfy my needs.

Unable to take any more photographs I left the Tankfest in a state of frustration and a sense that I may never see a combination like that again. Then, about a year or so later, having visited several other major military vehicle shows, I was fi nally rewarded by spotting the same elusive Mack NO 7, complete with Long Tom, at the War & Peace Show at the Hop Farm in Paddock Wood, Kent in 2010. This was my prize, and it was still as impressive as I remembered it and still attracting a lot of attention. It is a point to consider that if one takes one’s time things do have a way of working out and coming together to produce results Either that or just plain good luck.

According to the vehicle pass displayed in the window from the War and Peace Show, the Mack 7 vehicle shown in these pictures dates from 1943 and belongs to Stephen Clifton of Hooe. It is a remarkable example of preservation and has turned many heads.

I had read references about the service background to the Mack gun tractor and the history of the 155mm artillery piece was also known to me through research. For example, I had read how between 1941 and 1945 the North Carolina-based vehicle manufacturer of Mack supplied a total of more than 35, 000 trucks to the US Army. The same company also supplied trucks to the British army along with forces from Canada and France. These were mostly the ‘N’ series which made up almost 27,000 vehicles of that fi gure alone. More than 2,000 trucks of ‘NO’ 6X6 models were built up to 1945 with the Mack NO 7-yard two-ton vehicle being used for towing large pieces of artillery such as the M1 155mm calibre Long Tom field gun. The vehicle had been developed specifi cally as a prime-mover for the role of towing such large and heavy artillery and the ‘NO’ Series ran through 1 to 7 models. Mack had produced heavy trucks before the war and after the war ended, many trucks which had been in service use were bought by civilian companies.

During the war the vehicle would have been operated by a five-man crew and to help manoeuvre the Long Tom into and out of fi ring positions a Gar Wood 5MB winch with a 40,000-pound capacity was fi tted to the front of the Mack No7. The vehicle had a canvas cab and the cargo body was sometimes made from wood, but even so the Mack No 7 (G532) still weighed 30,000-pounds empty. It could carry loads of up to ten tons and pull loads of up to 25 tons so the 30,600-pound load of the Long Tom was well within its capacity. The Mack No 7 was powered by a Mack EY six-cylinder 707 cid engine which produced 159hp at 2100RPM. It had a five speed transmission and for self-defence an M-36 race-ring mount for a .50 inch calibre machine gun was fitted over the roof of the driver’s cab.

The details of the Long Tom were also known to me and the variants of it which continued to be used for many years after the Second World War. The basic wartime M1 version had a barrel length of 22.8 feet and was served by a crew of 14, who travelled in the rear of the truck, and it could fi re 40 high explosive shells an hour. These shells each weighed over 90-pounds and had a maximum range of 14.5 miles. The Long Tom was used in North Africa, Italy and the Pacific, and also the rest of occupied Western Europe after D-day in 1944.

With regards to insurance for a combination such as this, and other vehicles of comparable size, one can obtain guidance from visiting the MVT or IMPS Websites at: www.mvt.org.uk or www.imps.org.uk Finally, I would like to thank Stephen Clifton for taking his gun and tractor to shows such as War & Peace, so that enthusiasts of military vehicles can enjoy seeing it. GM