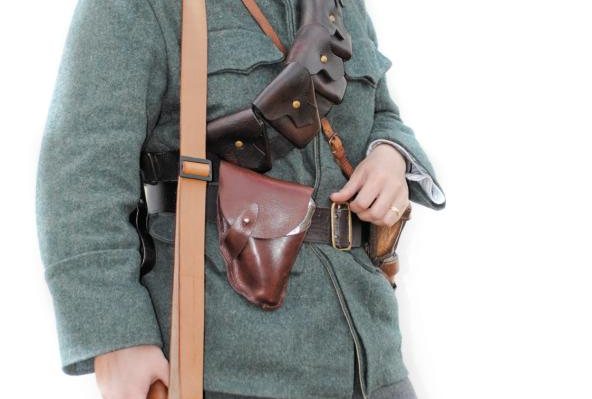 Today, we have arrived at a point in world history where we have the luxury of looking back at events which unfolded exactly 100-years ago and reflect on them. In 1914, no one could have foreseen the consequences of the actions of a handful of dissident students, when they assassinated Archduke Franz Ferdinand of Austria on the 28th of June that fateful year.

As tensions mounted, European states mobilised for war, which came to a head when Austria declared war on Serbia. On the 1st of August, Germany declared war on Russia, followed by declaring war on France and Belgium on the 3rd and 4th of August respectively, to which Britain responded by declaring war against Germany on the 4th of August. It looked like the world had lost control, as other countries took sides to join in the war.

Initially, the war was confined to east and west Europe, but as more countries were drawn in, the fighting spread through Africa and into the Middle East. Britain was joined by the Commonwealth and Dominion countries of the British Empire, including Canada, India, Australia and New Zealand. France had its Colonial troops, mainly from North Africa, but the numbers never matched those of Britain. The mighty Indian Ocean, the Pacific, and North and South Atlantic became theatres of war for the great warships and submarines. In the skies, aeroplanes soared in aerial combat. It was a war like no other. New weapons were developed, such as the tank, but maybe worst development of all was when Germany deployed poison gas and flamethrowers onto the battlefield.

One of the turning points of the war came in April 1917 when America, pushed by German actions, which included the sinking of American ships, declared war on Germany.

Coming with America’s entry into the war was the promise of hundreds of thousands of fresh troops, to join the fighting in France. In January 1918, the American President, Woodrow Wilson, composed his peace proposal document known as ‘The Fourteen Points’, which he hoped would bring about an end to the war. On 3 October 1918, with the armies in Europe exhausted, the German Prince Max of Baden, requested an Armistice based on Wilson’s document and entered negotiations. After deliberation, an agreement was reached at 05-00 am on 11 November 1918 that hostilities would end at 11am that morning. Finally, after more than four years of war, the guns at last fell silent.

The war had tested countries beyond their economic limits, but it was the cost in human lives which was staggering. Between them, the 12 main Allied nations had mobilised 42,188,810 troops, of which 4,888,891 had been killed and 12,809,280 were wounded. The four countries which formed the Central Powers, Germany, Austria-Hungary, Turkey and Bulgaria, collectively mobilised 22,850,000 troops, of which 3,131,889 were killed and 8,419,533 wounded. It had been a war which also claimed the lives of more than 6.6 million civilians, men, women and children, around the world, due either directly or indirectly to the effects of the fighting.

Now, 100 years on and the reminders of that war can be seen in the numerous small villages and towns across England, France and Belgium in the shape of war memorials to the local men who lost their lives in the fighting. The hundreds of military cemeteries filled with thousands of graves, in so many countries, are the more poignant reminders. The British sites with their distinctive headstones are in the care of the Commonwealth War Graves Commission, which tends and maintains them in countries around the world. The large monuments, such as Thièpval and the Menin Gate at Ypres in Belgium, where each evening the Last Post is sounded by buglers of the local fire service, have become landmarks.

Sadly, there are no veterans left from this ‘War to end all wars’, but through the hard work and dedication of re-enactment groups, such as the Great War Society (greatwar.co.uk) we can see accurate portrayals of recreated life in the trenches. Using photographs and cinematic film of the period, re-enactors can recreate scenes which the public can visit to encounter the full experience. Groups in the society, which has an international following and counterpart association in America (thegreat- war-society.org), put on incredible displays at events around the country, to show the life and times of the ‘Tommy’, as the British soldier in the First World War was affectionately known, from making tea to cleaning their rifles, all in the way it was done in the trenches.

The Tank Museum, at Bovington in Dorset, includes a display of WW I in the Tankfest programme, which sometimes involves the recreated Mk IV tank, as used in the 2011 film War Horse, along with a replica German A7V tank. Such facilities allow the museum to present unique displays of the kind not seen in living memory and is so different from the usual WWII displays. Another group to depict WWI, is the 20th Century Warfare Society, 20thcenturywarfare. wordpress.com) which specialises in portraying a diverse range of subjects from the period 1914-1921, including the Russian Revolution.

This group recreates life in the trenches and depicts all armies, including the Central Powers from Austria-Hungary to the Turkish Ottoman Empire. It also shows women soldiers of the Russian army, a point often overlooked. As well as these larger groups, there are the ‘strollers’ and smaller groups which turn up at events to support the show and add further to the atmosphere. One such stroller, known to many as ‘Titus’, occasionally comes over from France dressed in uniform to depict a French Poilou, a role in which he looks most convincing. Ladies turn out as nurses, such as First Aid Nursing Yeomanry (FANY) a role which allows them to be either on foot or mounted on horseback. The Serbian army actively recruited women into its ranks and Jenifer Mason-Hawke, a superb stroller, has authentically recreated that image. Another very good group to depict WWI, is the Gordon Highlanders 1914-1918 (gordonhighlanders1914-1918. co.uk) which recreates this fine old Scottish Regiment.

Now, 100-years on, we remember the men and women of that bygone age and today we can look at the displays created by the re-enactors who present displays of British, Australian, French, American and German troops. Indeed, re-enactment is an International event and through it we have become better informed and understand that those men and women, whatever side they served on, were doing their duty; all had families and today, with their relatives, we can enjoy the peace.

Interest in the First World War remains strong, as people undertake family research to discover more about their relatives who fought in the war. Specialist tour companies operate regular trips to the Western Front to provide a complete and indepth visit to the battlefields, including the Somme, Verdun, Passchendaele and Vimy. For those wishing to go further afield, there are tours to the landing beaches at Gallipoli and the ill-fated Dardanelles Campaign. Tours are of varying duration, but all take in the salient features of the battle, including detailed explanations of actions, events and personalities. In each case, the guide accompanying the tours is an expert, having studied the battles of the First World War for many years. All it takes is a search on the Internet and the choice is up to you.