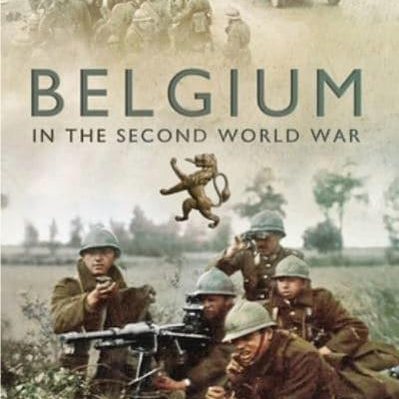 When Belgium surrendered to German forces on 28 May 1940, it ended up being occupied by the Germans for almost 5-years. The author guides the reader through that long and dangerous chapter about which little has appeared outside Belgium. He reminds us about the deportation of Jews, the privations suffered by the ordinary people and that resistance groups engaged the occupiers at great cost to themselves. He tells the incredible story of how the country’s gold reserves were removed to safety, the plight of King Leopold and the Government in exile with Belgian soldiers who managed to escape. He covers the awkward subject of collaboration with the Germans, including the nearly 40,000 who volunteered to fight for them, along with the lives of ordinary people who suffered throughout this period. This is a book that will change opinions about Belgium’s conduct during the war.

Belgium in the Second World War