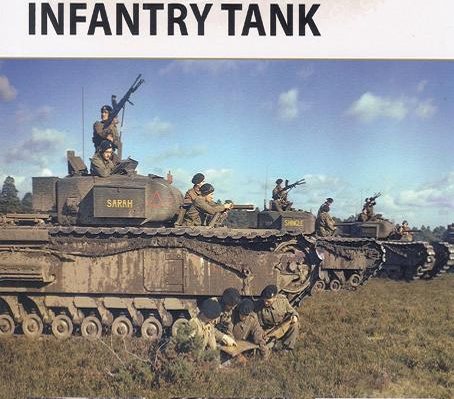 When the Churchill tank entered service with the British army in August 1940 it had already survived a series of conflicts fought between those who doubted its serviceability and those who believed in its usefulness. Within a year it was thrown into combat for real when 58 Churchills were to support Operation Jubilee, the raid on Dieppe. All were either destroyed or captured to be evaluated by the Germans who declared them ‘unsatisfactory’. Despite such poor beginnings, the Churchill went on to vindicate itself and emerge with a creditable history of operational service, which included specialised armour. In post war years it was used until the 1950s and today examples still turn out at special displays to the delight of armoured vehicle enthusiasts. As to be expected from an Osprey title, this work contains everything anyone needs to know about this extraordinary vehicle.