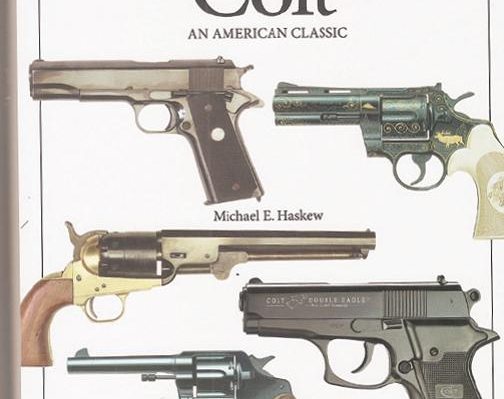 There is a saying which runs along the lines that ‘God made men, but Samuel Colt made them equal’.

There are variants of the saying, but in this book there are more variants of Colt-produced weapons to more than satisfy any collector. From the very first percussion-type pistols to the latest rifle such as the Colt M2012, the author covers all weapons designs produced by Colt. The numbers of wars in which they have been used will surprise some readers. Even gangsters have used Colt weapons, such as the notorious Bonnie and Clyde. Many of the weapon types are accompanied by fascinating anecdotes from ownership to auction sales, such as Elvis Presley’s ownership of a Colt Python. Even if you don’t collect weapons, this is a work you can read just out of interest in a range of weapons which is more than just a brand name, it is also a byword in dependability.