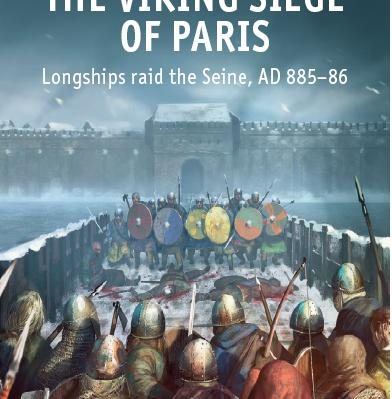 In the 9th century AD, the very term Viking was sufficient to instil fear and dread into communities. News of their speed and ferocity during their raids against settlements such as Lindisfarne in 792, helped fuel their infamy and merciless cruelty. However, as a military force, the Vikings were very well organised and sophisticated in their approach to warfare and especially the investing of sieges, as this book reveals. Tactics, weapons, plans and information were used to great effect by the Vikings, but that did not stop them from demanding a ransom payment to stop their onslaught. This wellresearched book charts the attack against Paris and how the Vikings were able to intercept the routes along which relief forces would travel, something which reveals their forward planning. This book is well-illustrated and supported with maps and after reading it, readers will form a different opinion of Viking battle practices.

The Viking Siege of Paris