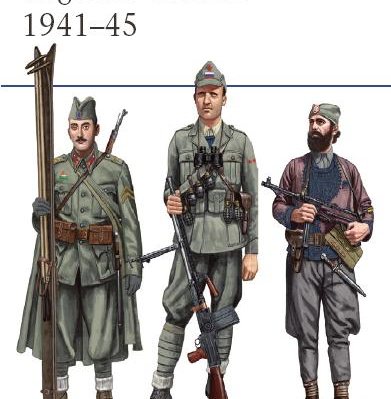 In the aftermath of WWI, the Balkan states of Croatia, Serbia, Montenegro and Bosnia, along with several others, formed themselves into a collective to form the country of Yugoslavia. This book begins with a brief historical background of that union and it becomes obvious from the start it was a complicated affair. When Germany attacked in April 1941, the situation became even more complex with rival factions engaging their attackers, yet the author manages to convey the history and explain the rise to prominence of Josep Broz ‘Tito’ and his guerrilla forces. He explains the formation of the Royal and Yugoslavian forces, plus the difference between the two establishments. History can be complicated and no more so than in trying to understand Yugoslavia’s position in the war, but here the author does a good job. Well-illustrated with photographs and artwork which modellers will appreciate, but this still remains an important historical work of reference.