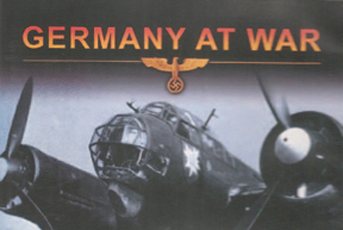 Original film always makes more compelling viewing than reconstructions and this documentary in the Germany at War series has been produced using all original wartime footage. Some of the work is grainy but for anyone who has a deep interest in the Luftwaffe will find this fascinating stuff. The single disc which makes up this work packs a lot into it and although there are long periods of silence in the narration the film footage itself is excellent with good aerial sequences. The contents include chapters on Hunter Planes and Fighter Planes and the gallery contains some grainy but nevertheless nteresting series of stills images showing the unusual BV138 reconnaissance flying boat.