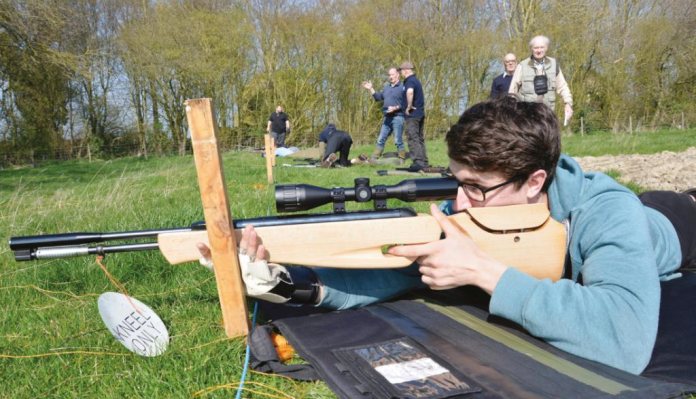 One problem, or misunderstood aspect of rifle scopes, is the difference between a 1st and 2nd Focal Plane (FFP and SFP) systems. This may seem insignificant but will make a big change to judging or adjusting your aim for differing ranges. A lot of modern optics of US or those made for that market and the UK are SFP, this means that the reticle does not increase in size as the magnification is varied because it’s positioned at the rear of the erector tube, so nearer the eyepiece end of the body tube.

However, the FFP systems, which seems to be more favoured by European manufacturers and, these days, more tactical and longer range use, have their reticles positioned at the front of the erector tube, nearer the saddle, i.e. below the elevation turrets. Thus, when the magnification is adjusted, the reticle appears to increase in size and thickness in relation to the target. In truth it does not physically change, but maintains its size relatively, which your eye and brain perceive as larger. This has no real implications to the shooter, other than it will cover more of your game as the magnification is increased. However, if your reticle offers subtensions and stadia, which you use as aim points for various ranges for compensating for trajectory drop, then FFP and SFP will make an enormous difference.

FFP scopes always keep the same relationship between the reticle and the target positions, regardless of zooming between the magnifications. This means that on a pattern with stadia on the cross hair, each line remains in perfect relationship to the target, thus is very useable for trajectory compensating. On the down side on a variable power model, the reticle will increase in size within your vision, which means on the highest magnification setting it may be too thick and cover a small target such as a rabbit or crow.

Conversely, at lower magnification, it appears to shrink in girth, the consequence being it can sometimes appear too slim to even see properly, certainly in low light. Here are two examples; I have seen a Schmidt & Bender Klassik 3-12x42, that at x12 the inner posts looked about 3” wide on target.

Or on a Schmidt 1.5-6x42 Zenith at x1.5 too thin and you needed the illumination on to see anything.

SFP variable scope reticles remain the same size at any magnification, but on a stadia-type only the central cross hairs remain in the same relationship to the target as the magnification is changed. This means that you have to note the bullet’s trajectory compensation for each magnification setting, which is tedious. However, the reticle does not enlarge and cover too much of what you are shooting at. Fixed power scopes are obviously unaffected by the above.

It takes a while to figure out why the difference between the two systems will affect your shooting and scope choice. So, if a really big Stag pops out at 75 yds on a ride with your rifle zeroed at 100 yards there is no problems with any system, aim dead on; but if it was to appear up on the hill and you need to change your magnification from that woodland 4x power to 10 x power and it’s 200 yards away, you will now start you have issues.

Zeroed at 100 yards with a 150-grain bullet in .308, at 200 yards you will be approximately 3.5” low. If you use a 4x power FFP scope and then switch to 10 x power to take that longer shot and use a stadia below the central cross hair to compensate for the bullet drop there is no problem. This is because; regardless of power, so long as you know that the second stadia is spot on for the 200 yard trajectory you can use this to aim with. However, try the same situation with an SFP system and you are in trouble, because, as the magnification is increased, the reticle remains the same size, but the relationship between it and the stag changes, so your 200 yard, compensated aim point will no longer be – 3.5”.

It’s a lot easier to see through your own scope. Set up a target at a known range and hold your rifle in a cradle, and then centre the cross hair. Now zoom your power up and down and see how the stadia changes in relationship to your target. See pictures 2, 3, 4 and 5 to see exactly what I mean between reticle and target for both FFP and SFP systems.

Basically, on an FFP scope, regardless of the magnification set, so long as you note the trajectory of the bullet path at each setting the relationship will remain constant. The only problem is as the mag increases so does the reticle size, as discussed before; so, unless it’s small to start with, then at beyond 12x power it may cover too much of your target, i.e. rabbit, fox or deer to aim correctly. These days, manufactures seem to be addressing this problem with reticles being scaled accordingly to give a more useable size across the board, unlike the old S&B Klassik!

The SFP has a reticle that remains the same in size at any magnification as you zoom in to engage your target; but, if you are using an extra stadia to compensate for trajectory drop, then its relationship between it and your zero will change as the power changes. So basically, you need to remember at what power and what trajectory drop the bullet will hit for each setting. But that’s a lot of critical information to access in the heat of the moment. Most SFP scopes will note what magnification the reticle stays true at; often maximum. Some manufacturers elect to give two figures one full factor the other maybe half of that, which is useful.

Is this all relevant to the normal shooter? Yes, very much so. At normal ranges, there is less of a problem obviously, but as they increase and depending on the reticles position, it can mean the difference between a hit or miss, or worse a wounding shot. On a rabbit gun, .22 rimfire or air rifle for vermin use, which have a much more curved trajectory, then this issue is much more obvious. Basically, check your scope, ammo and rifle and test shoot it at various ranges and differing powers to become competent at any range and your settings to hit the target. It only takes a morning to practice with your scope rifle combination, but it is worth it with regard better accuracy and more humane shots.