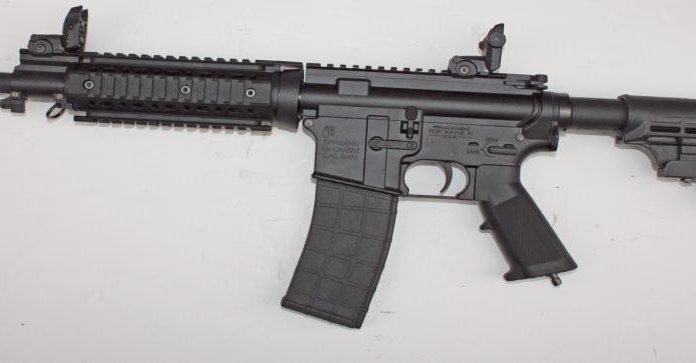 These days, if you buy an airsoft RIF, it is no exaggeration to say that even with entry level models you’ll be getting a pretty solid and reliable, performance item straight from the box; in the not so distant past you’d buy your basic carbine or rifle and immediately spend more money to enhance the performance, and the upgrade parts market grew accordingly. If you buy an airsoft replica today, the chances are that it will already have those selfsame upgrade parts inside already.

Whether you have a new RIF or you’ve spent time, energy and no little money upgrading an old one, there is something in both cases that is vitally important, and that’s what ammo you choose.

It’s timely that I was asked to write this article the very same month that my good friends at NUPROL have released their new range of RZR high-grade, highperformance BBs, so I’ll use these as an example of what is good, and what you should look for. Whenever I receive new BBs to try, I go through several steps to ensure they are right, long before they go anywhere near my own replicas.

The first thing I do is to visually inspect a number of BBs from the batch and what I’m looking for here is uniformity of sizing, and a clean even polish; I also inspect for seams or burrs that could cause problems. I’ll then take the micrometer to a random selection, to ensure that the sizing is absolutely correct. In the case of the new RZRs, NUPROL claim that they are 5.95mm +/- 0.01mm and I can attest to the fact that this is absolutely true.

The next step in my evaluation is a crush test and here I’m looking at how the BBs break when you smash them with a hammer; I’m looking for the consistency of the BB, and whether or not it creates any powder or shards when it breaks (this can be a bad thing if one breaks inside your RIF!). Then I’ll take a sharp knife and carefully slice a few from the batch in half and look at what’s inside; I don’t want to see air bubbles in there, as this again can cause shattering or erratic flight when they’re fired. In the case of the RZRs, they crushed consistently with no residue, and I found no abnormalities or bubbles internally.

Lastly, I’ll soak some of the batch, put them in a pot overnight and then re-measure the next day, to see if they’ve swollen at all. As we play airsoft a lot in damp conditions in this country, this is a very important factor; if a BB swells, it will get lodged in the barrel of your RIF and this could lead to major problems! I’m pleased to report here that the RZRs passed this test with flying colours.

BBs are a not inexpensive investment for your RIFs, but bear in mind that buying low cost ‘budget’ BBs will not only cause potential damage to the gearbox components internally but will be a totally false economy, burning a hole in your wallet due to costly repairs in the long run.

So you might ask yourself, why are they so cheap then? Well, it’s because they’re meant to be used with low-quality airsoft guns. If you’ve had the bad luck of running into this type of BB, you’ll notice their size, shape and weight are completely off; some I’ve seen have not even been spherical! This is why close inspection of any new batch of BBs is so important; if you do end up with the ‘wrong ‘uns’, there are several scenarios that you may well encounter, and none of them are good; with low grade BBs you will find:

Non-spherical or mis-shaped BBs that will cause a jam or get stuck in the barrel.
Materially imperfect BBs that will break into pieces in the barrel, again causing a jam.
BBs that are not sized properly for a 6mm barrel; these will reduce velocity and affect overall performance.

In scenario 1, if you’re unlucky the net result of this can be much more serious than simply un-jamming the barrel. If you don’t notice the jam caused by a misshapen BB, and continue to pull the trigger, MORE BBs will enter the hop-up chamber. The chamber and inner barrel will become jammed full of BBs, blocking the passage of air gathered by the retreating piston and cylinder to push the BBs out of the barrel; the BBs are now unable to escape from the system, thus creating an ‘air brake’. This causes the piston to only travel half way because the ‘air brake’ is restricting its path; with the stopped piston, the gears continue to spin and strip the teeth on the piston as well as the gears themself. Effectively you have a gush of air capable of propelling BBs at 350fps now going back into the gearbox!

Scenario 2, it’s well known for low-grade BBs to break into pieces in the barrel. For example, the first BB gets stuck in the barrel, the following BBs are hitting the first stuck BB in the barrel shattering into little tiny pieces. The broken pieces of the BBs manage to migrate back into the gearbox causing catastrophic damage to tightly fitted gears, piston, cylinder, and breaking the tappet plate! These days many RIFs come equipped as standard with tightbore 6mm inner barrels.

In scenario 3, improperly sized BBs will not travel as far because these types of BB are not a ‘tight fit’ in the barrel and allow air to escape around the BB within the barrel, instead of trapping the air behind them, and allowing them to exit harder out of the barrel.

What’s in a weight?

Just like ammunition for real firearms, BBs come in different weights, but BBs are measured in grams rather than grains! I’ll break down the most popular weights here, and where they are best used:
0.12: Don’t use them! Almost never highquality and a sneeze could change their path!

0.25 - 0.30: These are best used for field games, because they offer high consistency, whilst maintaining a good power and range.

0.40+: Use for sniping, because they are almost unaffected by wind and have the best effective range.

In use, you can quickly see how this transfers to a game situation; in CQB for instance FPS, range, and wind resistance aren’t big deals because your targets are close and you’re often indoors. On a woodland or urban site, you need something that offers versatility; you’ll be engaging targets at longer ranges. Your RIF probably doesn’t hit with more than 1.13-Joule (measurement of force, roughly 350fps with .20g) and your BBs need to reach your target sometime in the next 10-minutes, so they can’t be too heavy (1.13-Joule gets a .30g going just under 300fps). They have to have some heft, though, because they’ll drop a little later and a little less if they’re heavier. Also, your outdoor setting might have some wind that would throw off your shots if they’re too light.

For a Dedicated Marksman Rifle (DMR) you need a balance of the sniper’s high-power and need of long-distance capability. You’ll probably be shooting somewhere between 1.48- and 1.87-Joule (400-450fps with .20g), so you can handle a little bit of weight. If you use much higher than .40g you’ll be getting close to a mere 300fps, which is unacceptable for long-distance fights. You can’t have wind interfering with your carefully placed shots, so the .3+g range is perfect. They feel little wind influence and drop slower and farther downrange than lighter BBs, which is an absolute necessity for your role.

A sniper’s only requirement from his RIF is that it hits hard (sometimes in excess of 2.31-Joule/500fps with .20g) and that he knows where the BB will land before the trigger is pulled. For that, nothing performs like a .40g or higher, and you probably have the power to shoot 400fps with BBs that heavy. That weight comes with a lot of bonuses, too; wind has very little influence on your shots, and it’s a long time until they start to drop. These rounds have the highest effective range of all BBs. You can be sure that you will hit your enemy before they can hit you if you use a heavyweight BB.

As for the rule of thumb when it comes to airsoft BBs, the greater the weight (to an extent) the better the accuracy. The other side of this is the greater the weight, the slower the FPS, which means the faster the BB will drop when fired, limiting the distance at which you can engage an adversary. Lastly, players should know that just as in ‘real steel’, the heavier the projectile (BB) the harder it hits. Some fields will have different FPS limits, depending on the BB weights. The RIF shooting .20g might be allowed at 350fps, but the gun shooting a .30g might only be allowed up to 300fps, and a good site operator will take this into account.

I was also very pleased to see that within the NUPROL range they have what I refer to as a range of ‘speciality’ BBs, including Biodegradables in most weights (many sites now insist on bio-ds for obvious reasons) and both green and red tracer BBs. I’m a huge fan of tracers, especially for a MilSim with a night element, or during the winter months when usually the last skirmish of the day takes place as it starts to get dark.

Tracers are a particularly hard BB to get right, as the process of imparting the luminescence means changing the makeup of the BB itself, and if it’s not done right you’ll soon find yourself heading back to those three scenarios of failure! Luckily, by working with very carefully chosen factories and very tight adherence to quality control, NUPROL have it nailed; I’ve run the tracers now through half a dozen different RIFs and they’ve fed perfectly in each and every one!

Overall, I’m very impressed indeed with the NUPROL RZR BB range, and I’m certainly not alone in this; I’ve seen a number of reports and reviews from people within the industry that I trust and respect online and they’ve been unwaveringly positive. I’d say that if you’re looking for a new high-grade BB then the RZR’s are most certainly worth you full consideration!