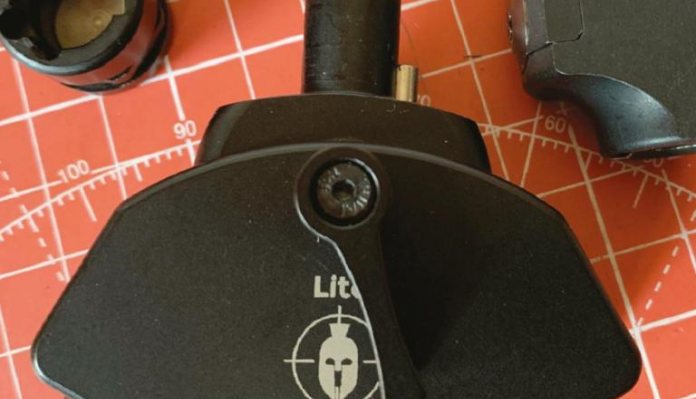 Spartan Precision Engineering’s, lightweight Javelin bipod has become a well-established alternative support system for rifles of all types. What makes it unique, apart from the fact that it’s made primarily of carbon fibre, so probably the lightest design of its type, is the way it fits. As it uses a magnet located in the pod’s mounting spigot, that literally ‘plug in’ to an adaptor socket that attaches to the gun’s forend. This means there are no catches or clips to operate, just plug it in and you’re there and then pull it out when you’re done, meaning your rifle stays lighter when compared to the more conventional, fixed designs when you don’t need them. Spartan originally uses a simple socket that screwed to the outside; functional but a bit obtrusive. Since that time and as their portfolio grew with new models and different ideas, they came up with some alternative adaptors, which address more gun types and user requirements. First up and more discrete is the Classic Gunsmith’s Adaptor. Instead of screwing to the outside, the idea is you bore a suitable sized hole and bond it into the forend, so giving a stronger, flush-fit position than before.

The socket is machined to offer partial traverse, or a fixed position, depending, which direction the bipod is faced. If you’re not capable of such a modification, take it to your trusted gunsmith and they’ll do it for you, simples. But what if you’re an AR15 or tactical rifle freak and want to take advantage of the Javelin’s unique abilities too? No problem, as there’s their Universal Picatinny adaptor; the clue is in the name. This system is in essence a Picatinny rail clamp that simple bolts on to your rail and you just plug and play.