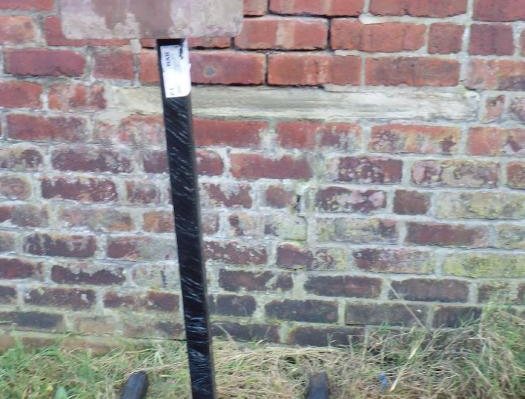 With target shooters using paper targets, and stalkers going after live game, not many shooters may have experienced steel targets, but it looks like we are all missing out! Toms Targets produce a wide variety of steel targets, from gongs to full-sized deer and they are all made to a very high standard.

The targets are made of ‘Hardox 500’ an incredibly hard steel which is remarkably resistant to bullet strikes. The steel is 10mm thick and all shapes are laser cut to give a very neat and precise edge. Smaller targets sit on an included stand while others are hung by chains from supports. The ‘reactive centres’, which are hinged plates behind the cut out in the middle of the targets, are hugely over designed making them very strong and extremely durable.

To see just how tough these targets are they were tested using a variety of .22 rimfire ammo, some .303 calibre factory jacketed rounds and 12-gauge slug. All of the .22 ammunition used rang the reactive centres of the targets giving a very satisfying ‘clang’ with each hit. The .303 slammed into the targets with enormous energy swinging the reactive centres fully open before they swung back to the closed position with a hell of a bang. When the 12-gauge slugs hit the hinged plate it rang out twice, once with the initial hit and again when it slammed back into the closed position. You certainly know when you have hit the kill zone. The targets remained standing throughout testing, due no doubt to their considerable weight, and there was no resetting of the targets required.

After throwing everything we had at the targets a close inspection of the steel revealed some very surprising results. None of the surfaces showed any evidence of denting or penetration. There were impact marks where the projectiles had struck, which resembled smudge marks, but no damage whatsoever. Not even the jacketed .303 bullets, with a muzzle energy of over 3000-Joules, were able to inflict any damage. Despite their relatively small size the hinged plates were undamaged and continued to work without any issues.

As well as being incredibly tough these targets are fantastic fun. Having a target that gives an audible reaction to a hit is very satisfying and makes a great change from punching paper. The steel used in their manufacture seems almost indestructible and the targets are obviously going to last a very long time. Anyone with a suitable location for using these targets should give them a try. As well as being very addictive fun they are ideal for anyone who needs to practise shooting any of the animals that are recreated by Toms Targets.