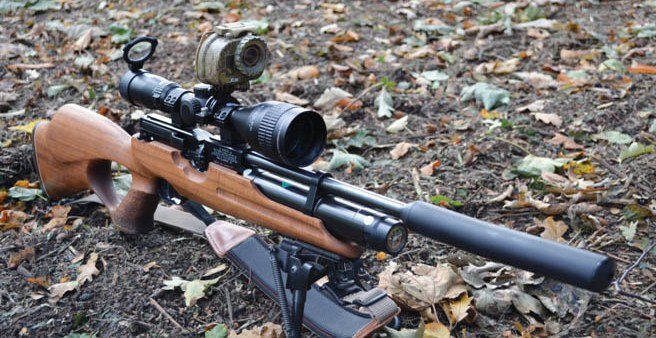 The battery charges in 3 hours from any USB output and all you need to get going is a Micro SD card to store your images and video. I used a 32 GB card which can store 7hr 40mins of video footage or 18977 photographs. I mounted the Xcel to a 1” scope tube on my airgun for squirrel hunting at first but the adaptor will fit up to 35mm tubes by changing spacers. The camera can be used either inside the waterproof/ shockproof camo housing or `naked` with different options of intermediate bracket assembly when fitted. The only adjustment required is a simple screw to loosen or tighten and set the vertical position of the camera.

I used it both with the remote button in photographic mode and in full video mode. Quality wise, The 5MP photos are where pocket sized digital cameras were 3-5 years ago in terms of image quality and I tended to use the Xcel more in video mode as screen shots were almost as good - and who has time to press buttons when hunting and aiming? Picture quality in video mode is very close to the HD quality you expect from the latest generation of smart phones and was virtually indistinguishable from my iPhone 5. Response times were very fast to external light conditions and a wide field of view that when watching after the hunt, once or twice showed me quarry I hadn’t noticed at the time from my own point of view. A slight fish-eye effect is present but actually adds to the active, fast moving picture feel of most shooting sports.

All the functions are controlled by four orange buttons, the main two of which are also accessible via external buttons on the outer case. This camo unit locks shut with a seriously tight rubber seal and toggle which is rated waterproof to 49metres depth and I cannot wait to take it swimming! Be aware, sound quality is seriously diminished in this `vault` although that is to be expected. If you only want it a bit more shock proof and armoured, a plug can be removed from the rear of the case to uncover the microphone.

In `naked` mode, an external 2.5mm microphone can also be used but this negates the all-in-one ethos of the unit to me and I can live without one. Plugging into a computer with USB or direct to a display with supplied HDMI cable is both fast and easy with no undue signal delays or buffering but only works with the Xcel turned off. The MP4 format is easy to handle on a PC for further editing or refinement (and it is charging simultaneously too) but it’s equally easy to play direct to TV when not PC equipped. The battery lasted just over 2-hours on constant recording at room temperature but the Xcel automatically cuts film into segments of approximately 55 minutes maximum. A spare battery would be handy for a whole day out.

Although no Barrel mount is supplied, the head strap is easily adjustable and secure in use, the 85-gram camera almost unnoticeable to wear but for field sports with a hat, glasses or ear defenders on, perhaps not as useful. I also used the bow mount on a few practice sessions and it captured the pre-shot action well although a bow does jump quite significantly during the shot so it may capture a hunt (where legal), but not the arrow’s flight or impact. Resolution was good enough to capture an airgun pellet in flight occasionally in daylight but regularly at night when lamping, the light reflecting from its skirt. One thing the camera will do in full video mode is show some shooters just how unaware they are of where their muzzle has been pointing, so may have a beneficial educational role?

The tiny Micro SD card clips in and out of the unit with a fingernail’s assistance and is sandwiched next to a heat sink on the camera’s exterior that gets very warm in use but has no detrimental effect. One thing to be aware of is that if positioned upside down at initial activation, the photo or film taken will remain in that orientation so be aware if you set the camera going with the gun in an unusual position.

The camera can be configured with reasonably simple on-screen controls to take time-lapse photos at 0.5, 2, 5, 10, 30 and 60 second intervals and resolution can be adjusted from 5 down to 3 or 1megapixels for increased storage capacity. Like many electronic devices, you need to read the instructions and have a good play about with it to get it to work best for yourself, intuitive controls are sacrificed to some extent for ultimate miniature size.

Further mounting options and accessories are available or a differently equipped Sport version of the entire kit and a spare battery is something I will be pursuing. Some may feel no playback screen is a weakness but such a screen would rob from the unobtrusive mounting and use of the unit and the small LED control screen is satisfactory for operation. In use, the lights and bleeps on the camera can be turned on or off but their flashed coding to indicate function does require you to learn their sequences, a bit like Morse code.