How to Take Up Shotgun Target Shooting 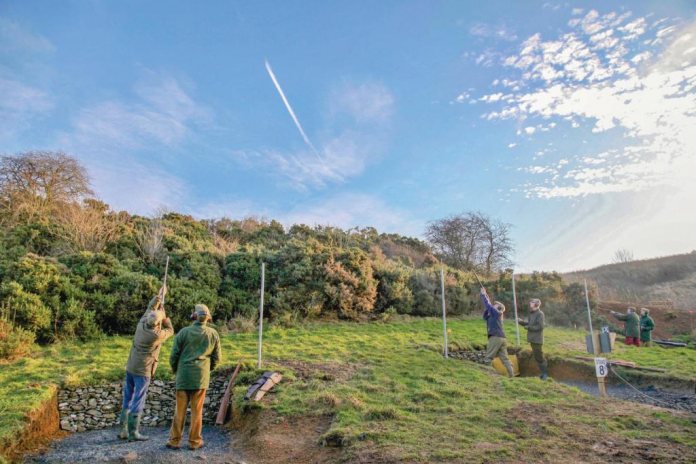 Shotguns are highly versatile guns and can be used for a host of ‘target’ disciplines; Graham Allen looks at getting started…

First of all, even though there is a discipline called ‘Target Shotgun’ and I’ll come to it later, the vast majority of shooters who shoot at inanimate objects, instead of quarry of some kind, are shooting clay pigeons. It’s a really challenging discipline, where hand to eye co-ordination is the key but timing also plays its part. It can be enjoyed by just about anyone; it doesn’t matter if you’re able bodied or have some form of disability, it is for all genders and ages and it’s easy to take up. There are clay grounds and clubs in every part of the UK, just give your local ground a call and they will talk you through the process.

Many people get their first taste of clay shooting during some form of team building exercise or at a country show, and it’s very easy to get into the sport, as it’s far less restrictive regarding beginners. You won’t need to buy any specialised equipment, the clothes you wear for general outdoor activities are perfect and it just depends on what time of year it is. There’s no point being cold and miserable on your first trip to a clay ground and there will be a fair bit of standing around; a decent pair of boots might also be a good idea, as it could be muddy underfoot. You’ll be given hearing and eye protection to wear by the qualified instructors.

The Clay Pigeon Shooting Association (CPSA) will be able to tell you where your nearest clay ground is and will be able to offer guidance and it’s well worth checking out their website, as there is a ‘club finder’ page. When you first try your hand, the instructor will give you a safety briefing, as this is the most important aspect of any of the shooting sports; hitting the targets is secondary to being safe with the gun you are using and it should be open at all times when not in use, to show that it is not loaded. The gun should only be loaded when you are told to do so by the instructor. You will be shown how to load and unload the gun and how to apply the safety catch etc.

Clay pigeon shooting grew out of the past-time of live-pigeon shooting, where real birds were released from a trap to be shot by the waiting competitor. Livepigeon shooting was made illegal in the UK is 1921 but ‘trap’ is still the term used for the machine that throws the clay disc into the air. The clays themselves are made in the millions each year from limestone and pitch (not actual clay) and are a standard size for most events, being 110mm in diameter, 25mm high and weigh at least 105g; they can be black or fluorescent orange. Other colours are used but the colours used depend on the lighting conditions etc., as they must be clearly visible when flying through the air. They must be robust enough to withstand being transported, loaded into traps and pass through the mechanism, so they have to be made to fine tolerances. There are various types available for the different disciplines.