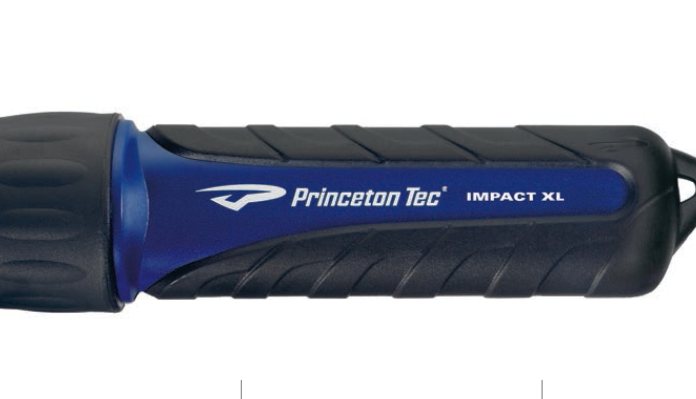 Without a doubt, there are now a vast number of general usage torches on the market. However, choosing one isn’t that difficult as some users only require a simple on/ off, single brightness model, while others prefer those with dual beams and a choice of brightness settings. In that respect, the Princeton Tec Impact XL LED Handheld Light falls firmly into the first category, but it’s unique due to it being designed with comfort, toughness, and ease of use in mind.

Measuring 6” in length and weighing 6.9oz (including batteries) the Impact XL has a rubber over moulded body. It’s slab-sided, rather than round, so gives a superior level of grip. In fact, it feels extremely comfortable in the hold and due to the rubberised outer and won’t feel any less secure in even the wettest of weather. Operation is by simply twisting the ribbed head of the torch clockwise to turn it ON and anti-clockwise to turn it OFF. This is a foolproof system that negates the torch ever being switched on accidentally. The Maxbright LED is powered by 4 x AA batteries (included) and is capable of producing 120 Lumens of brilliant white light for up to 76 hours. The Impact also has an IPX8 waterproof rating.