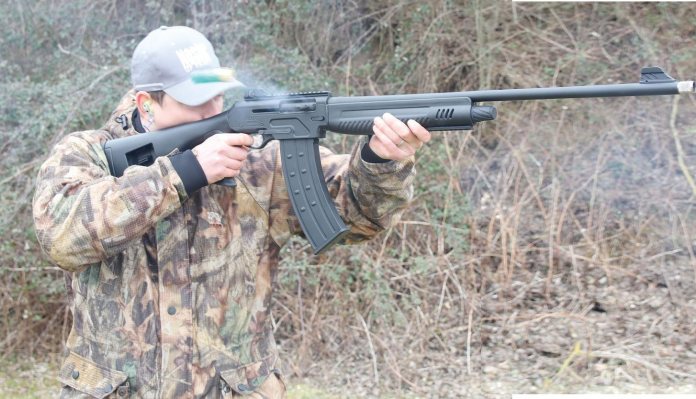 Since 1976, Puretone Ltd. have been designing and manufacturing a range of custom, in-ear devices such as hearing aids, tinnitus treatment and communication. However, it’s their range of hearing protection that interests me. Having previously tested their CENS ProFlex digital Hunter, as well as their passive earplugs, I was recently invited to visit the factory in Rochester, to see the process and test their new DX5 plugs. I would also be getting fitted out with a pair to try!

Having had a chat about the new product, Martin the technical director, gave me a tour of the factory. This started with a discussion about the significant amount of research and development that has gone into improving not only the technology, but the modes and software within the devices. I was even shown how they create and then measure the amount of noise, and how the plugs react and the volume which makes it through the hearing protection to the user’s ear. This is done by using a Knowels Electronics Mannequin for Acoustic Research (KEMAR) in a sound attenuating booth, which is basically a model of a human head with microphones in its ear canals. Importantly, the ProFlex range have also been tested and certified to EN352-2&7, so that the user can be assured that with proper use their hearing is being protected.

Down in the depths of the factory, we had a look at how the impressions from customers’ ears are turned into plugs; depending on various factors, this can be done by hand or buy scanning the impressions into a computer, where they can be saved for future reference or even printed. We discussed the new hydrophobic Nano coating, which is applied to the modules. This is done by a machine that essentially creates a vacuum around the module’s plastic casing. A chemical is then released into this space, where it then bonds with the plastic on a molecular level and thereby giving it water resistant properties! Next up, I was shown how the laser engraving was done and it really was mesmerising! The whole production line was fascinating, from seeing the assembly technicians working with the tiny circuitry within the modules, to the thorough quality control at the end. British manufacturing at the very top end, and at its best!

The ProFlex series of ear plugs are modular and consist of two components, as well as a few ancillary options. The silicone ear plugs are custom-moulded directly to your ear canal, for the perfect fit and accept a hearing protection module, which can either be passive or digital, such as the DX5. It was time to do my impressions and this was done by placing a small piece of foam (with some string attached) into each of my ear canals. Then an electronic dispenser was used to inject impression material; once it had hardened it was removed and voila! I was then given the opportunity to choose a colour, I went with Hi-Vis yellow!

The new DX5 modules were launched in December 2017 and offer up some technological improvements over the older models. For those who don’t know, the digital technology used by Puretone allows them to offer different models, each incorporating various modes; ProFlex digital 1,2, Competition and Hunter. They are designed to be user-specific, for example, a game shooter is exposed to intermittent firing, and to gain an advantage over traditional hearing protection, they could choose a module configured to help amplify sounds such as wings flapping, thus providing them with warning of an approaching pheasant. A clay shooter is faced with continuous fire and therefore would probably prefer a different module.

The DX5 does away with this, as it incorporates five different modes, making them one of the most versatile forms of electronic hearing protection available. They now include; game, clay, range, wireless comms, hunter and total muting! To improve usability, the design has changed; instead of the original rotary volume knob and mode button, there is now a dedicated power/mute button at the top of the module and an all new, multi-function rocker switch at the bottom, which controls program and volume.

A short press up or down controls the volume, while a long one changes the program. One of the most impressive features is the inclusion of vocal notifications as you scroll through and adjust. They even tell you when minimum or maximum volume is reached and when you have a low battery. The last settings after turning off are remembered, even if the battery is removed. There have been some cosmetic changes too, besides the laser engraving on the lid, the DX5 comes in a choice of six ‘Metalik’ colours, vibrant copper, hunter green, mystic blue, champagne gold and Stirling silver. As discussed, they are now water-resistant, using a water shield Nano coating, always a good feature for an outdoor product; now, any water simply rolls off, like it does from a freshly waxed car!

My new plugs arrived in a handy, pocket-sized hard case, inside a larger transit case, which included instructions, warranty, a small carabiner for attaching the smaller case to your gear. Also, spare size 13 button batteries, a tube of gel for aiding insertion if needed, an air blaster and a pack of wipes for cleaning the silicone plugs. Also included was a neck loop, designed to be used in conjunction with the wireless comms mode. This is an important and useful feature; the loop allows you to receive audio only from a device such as hand-held radio or mobile phone. If full 2-way communication is required, then there is the option to purchase an SRC harness. This setup offers a neck loop with anti-choke, quick-release and a small push-to-talk switch with integral microphone, which can be clipped to a lapel. This ability to communicate has proved very popular with Nordic hunters and game shooters here in the UK.

The plugs are easy to insert into the ear and form a good seal. There’s a knack to inserting them, with advice in the instructions. Once in, they proved incredibly comfortable, the overall quality of the moulds was excellent. The modules fit firmly, with no chance of the plug falling out during use; important when you consider the cost! To reduce the chance of me losing them, I opted to have a metal screw inserted into the silicone, along with a cord that connects them; so, if I knock one out of my ear somehow, it wouldn’t go far!

Controls are very small and delicate, which is a consideration if you lack feeling and dexterity in your fingers. However, I found that the power button was easy to operate, even with cold fingers, as although it appears small, it protrudes far enough to be activated by the main pad on my finger. I found using my nail worked best with the mode/volume lever, as it was easier to feel. The vocal feedback is a godsend, there is an audible beep with every increment of volume and clear indication when a new mode is selected. The unit remembers the last volume and mode setting anyway, so that helps a lot.

Since having the DX5s, I have been able to test them thoroughly. Battery life is good, I put new ones in upon arrival and haven’t had to change them for a month. I have used them for hours at a time, outside on the range while exposed to wind, which caused no problems, all while using centrefire rifles and shotguns. They have been used at night while fox shooting and out rough shooting and work 100%. The true test was indoors with an unmoderated .308, which will soon let you know if you are not wearing appropriate hearing protection! Here, the advantages of having the ability to switch modes really became apparent.

I found range mode the obvious choice here, as it cuts out the boom and I was left with minimal sound resonation as the noise dissipated. When shooting indoors, you can find yourself flinching around loud gunfire when spectating or shooting, which is not ideal! This can be exacerbated by poor hearing protection and it can become quite tiring, so it was a real positive for me to be able to absolutely minimise any excess noise by using range mode and by tailoring the volume to my specific needs. If I used hunter mode in this environment, I found that I could hear every little detail around me, with every mechanical noise amplified before and after the shot; it was a sort of a sensory overload, so of no use indoors! Overall, the DX5s do exactly what they say on the tin, by offering excellent protection, while at the same time giving the user the ability to hold a normal conversation and to maintain audible awareness at all times and locations. The bonus feature being that when outdoors they improve your hearing, as you can hear everything!