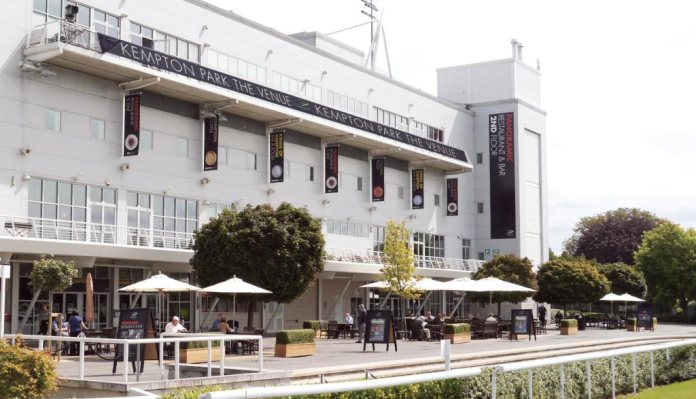 Peter calls himself an “avid, sad collector of early air rifles”, but he sounds just like a lot of enthusiastic and committed collectors to me! He has been to all the Bisley Fairs over the years and he was therefore saddened when the Bisley Pavilion closed for quite a while and the fairs either stopped or were seriously scaled down. These fairs were a pilgrimage for many a collector of varied things from Cap badges to Cannons. After a lot of moaning by a lot of people he decided to ‘have a go’ himself.

He contacted other fair organisers like Garry from ‘GHQ’ and Cliff that ran the ‘Classic’, along with Shaun from Bisley. These gentlemen were very supportive and helpful with advice and contact details. One of the difficulties was choosing a date that did not conflict with any other similar event in the South. The venue could not be better; not only does it have an extremely large ground floor hall capable of holding up to 200 6ft tables but ample parking, rail and catering are already set up. Easy access from the M25 and M3, along with two major hotels make an ideal location. Trade tables are £50 and £40 and the 9.30 entrance fee is £4, making it one of the cheapest fairs around.

Surrey Police have allowed Peter to continue along the same lines as Bisley Camp Classic Fair, and as before, if you are an RFD, then the relevant ‘Additional Place of Business’authority has to be obtained from them. Private air gun collectors will be allowed to rent a table to thin out their old classics, providing they are not doing this as a way of trade or business. The sale of antique, vintage, classic (off licence) and obsolete calibre arms are permitted, along with sub 12ft/lb air rifles and deactivated guns, providing they have the relevant deact certificate. Bayonets and daggers are also permitted. The main exceptions are Section 1 & 2 Firearms, along with live ammunition. These will NOT be permitted this year, but possibly in the future.

It looks like it’s going to be a fantastic inaugural event and I will be going down to see for myself.

The Kempton Park Militaria and Airgun Fair is taking place on the 25th of June 2017. Gates open at 9.30 and the event goes on until 3.30 Admission is £4. Venue: Kempton Park Racecourse. Staines Road East, Sunbury-on-Thames, TW16 5AQ.