Airgun Education Part 2: Got What it Takes? 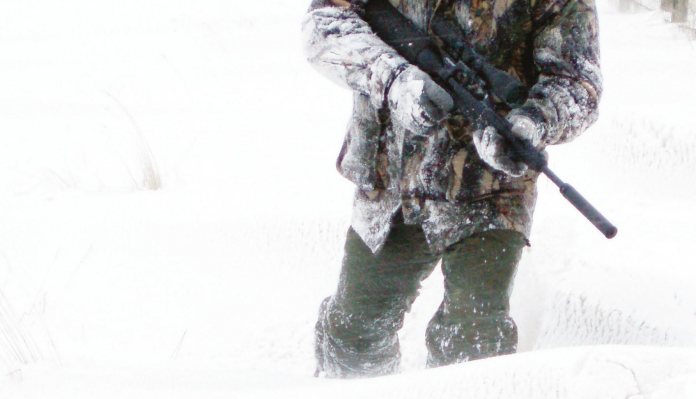 I have known some people decide to become airgun hunters and spend a small fortune on equipment, only to discover that they were not cut out for it. So, let us consider the attributes a hunter needs. A reasonable level of fitness is essential, on an evening’s rabbiting I have often walked between four and five miles. You must have good vision, which is one of the fundamentals of marksmanship. This does not preclude those wearing glasses, providing they offer adequate medium to long range vision.

You must have a very high level of responsibility, using an air rifle on open ground requires you to adhere to strict safety procedures. Deviate from them and people can get injured and even killed in extreme situations of negligent use. Hunting requires the taking of an animal’s life and this is not an easy thing to do. There will be blood and sometimes you will have to dispatch injured quarry with your bare hands. Not everyone can do it and there is no shame in that. If you decide that you can’t kill, then make target shooting your sport.

A bit of diy

It is possible for the complete novice, who has never touched an air rifle in their life, to teach themselves how to shoot. But first they must have a safe place to practise. You could attend a club and use their range or build your own in your garden at little cost. If you want to go the second route; you will require an area of 30 yards long by 6ft wide (minimum). Preferably, the ground should slope from the position from where the targets will be placed down toward where the shooter will be located. This is a safety precaution, so that any pellets which miss the target will be absorbed by the rising ground.

The first thing to build is a wooden wall 6ft long and 4ft high using a stout material such as old scaffold boards. Set this up at the target end of the range. Now build two sloping sides and attach them to either end of the wall. All that remains is to fill this structure with sand and you have constructed a top quality back stop. Tie a piece of ribbon to a bamboo pole and place this to one side, which will indicate wind direction and speed, vital information for anyone shooting outdoors.

You should give some thought to your comfort too, so some form of covered firing point would be practical. If you’re handy with tools, then a small, open-fronted shed is ideal. Failing that, a cheap gazebo is a good alternative, either will keep you out of the sun, wind and rain. A wooden picnic table makes a great shooting bench too. Drive in two marker posts, one 10 yards from your shooting position, with a second at 20. You will be firing at targets set up at different distances along the length of the range, and the posts will help you to judge the distance to each correctly.

If you have children or dogs, then fence in the range to prevent them from walking into the line of fire. You may think my range a somewhat elaborate affair, believing a piece of old board propped up at the end of your garden a sufficient back stop for an air rifle! Well, think on this; anyone shooting on a range in their garden is legally obliged to ensure that it meets acceptable safety standards. If it does not; any accident resulting in damage to property or injury to persons will see you legally liable. You might want to think about some sort of liability insurance, BASC include this in their membership package and it’s worth it.

Here are some basic rules to abide by:

1. Never enter or leave the range with a loaded rifle

2. At the end of each practise session, check the rifle three times to ensure that it is unloaded and that the safety catch is applied (where possible)

4. The barrel of a loaded rifle should at all times be facing directly down range

6. Never leave a loaded rifle up against something such as a wall

Break these and tragedy can be the consequence. A man who went to answer the phone and left his rifle loaded, which his child picked up and somehow shot himself. A hunter shot a rabbit, laid down his rifle on the ground and went to retrieve it, whilst he was bending down it went off; the pellet narrowly missing his buttock. Theoretically, rifles should not fire themselves, but on rare occasion they sometimes do, which is why safety rules must be observed at all times.

If you are a complete novice to shooting, you may not know what a safety catch is or for. Put simply, it’s a mechanism that locks the rifles trigger, so that it can’t be operated, until released by the shooter. Its purpose is to prevent accidental operation, but never trust it 100% for they are not infallible, poor design, mechanical wear or broken components can lead to failures.

So, what do you shoot at? Tin cans may be great fun, but you should start out with paper targets, with a central aiming mark, which should be 1in in diameter or less. I’d recommend boards on posts driven into the back stop to attach them to. This will allow you to zero the rifle’s scope or iron sights. Simply put, you will shoot a group (set number of shots) to determine its size and position, which can be adjusted so that they fall on your aiming point. For example, most fire 3 to 5-shots (strings), if they all fall within a 1” circle then the rifle is said to group an inch. Which for a decent rifle at 30 yards is average, For hunting, a higher standard is required, so practice until you can consistently shoot ½ - ¾” groups before you venture into the field. Next time, we shall look at the different kind of air rifles.